Why Mila Kunis Should Be Grateful for ‘Pregnant’ Dads 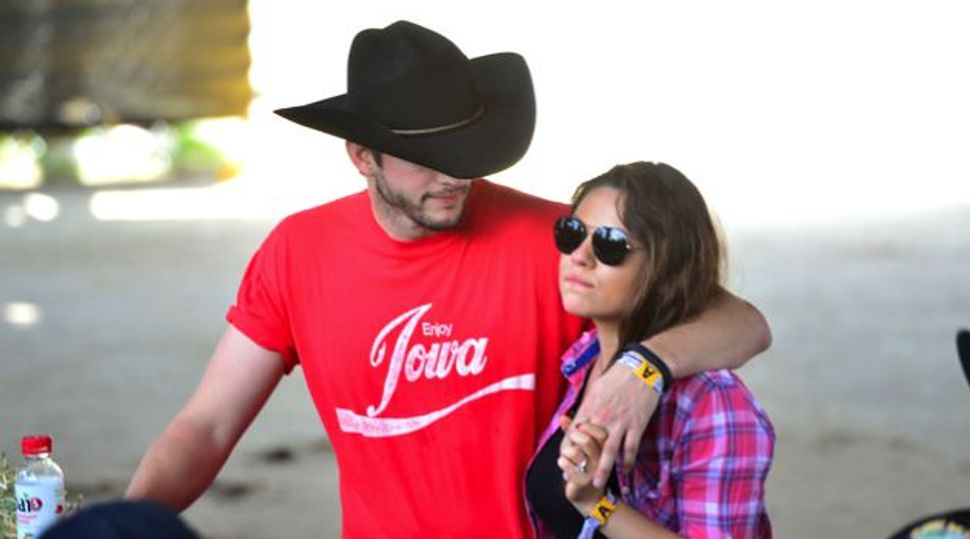 On Tuesday’s Jimmy Kimmel Live, actress Mila Kunis delivered a mock PSA announcement to future fathers of the world calling on them to quit using the phrase, “we’re pregnant.”

“You’re not pregnant,“ she said. “Do you have to squeeze a watermelon-sized person out of your lady hole? No. Are you crying alone in your car listening to a stupid Bette Milder song? No.”

Oh, Mila. Poor Mila. Is Ashton overwhelming you? Is he smothering you with sauerkraut? Too prescient about your cravings? Or asking for too much help with his Russian homework, which he is learning so he can speak to the baby in your native tongue? Because this is the only reason I can imagine you would get so uppity about something as simple and sweet as fathers owning a pregnancy.

No, fathers don’t experience the physical symptoms of pregnancy. (Unless they have couvade syndrome, and then they do.) But this doesn’t mean they don’t experience the emotional ones. There is a lot to process, including thoughts about his childhood, his relationship with his parents, the fact that he is about to switch generations from child to parent, and then the reality that there is going to be a tiny human that will be his responsibility for a long, long time. This is not an insignificant transition.

As I see it, when a future dad uses the first-person plural he is acknowledging that all this emotional stuff is happening to him too. Chances are, these dads are going to be more prepared to jump right into parenting alongside the mom whose biology forced her, well at least physically, into the role. And as the studies on paternity leave show us, a father’s involvement during the early days of parenting has long-lasting positive effects. In her Atlantic article on the subject, Liza Mundy called paternity leave “a brilliant and ambitious form of social engineering: a behavior-modification tool that has been shown to boost male participation in the household, enhance female participation in the labor force, and promote gender equity in both domains.” So really we should be applauding these “pregnant” dads, for making the whole gestation and birth thing their business too.

Now for a piece of unsolicited advice. In interviews Kunis has said she is aiming for an epidural-free “natural birth.” While that is a perfectly fine choice, I just want to remind her that if she is really freaked out about that whole “watermelon-sized person out of your ladyhole” thing that there is no shame in epidurals, sweetie. No shame at all.

Why Mila Kunis Should Be Grateful for ‘Pregnant’ Dads