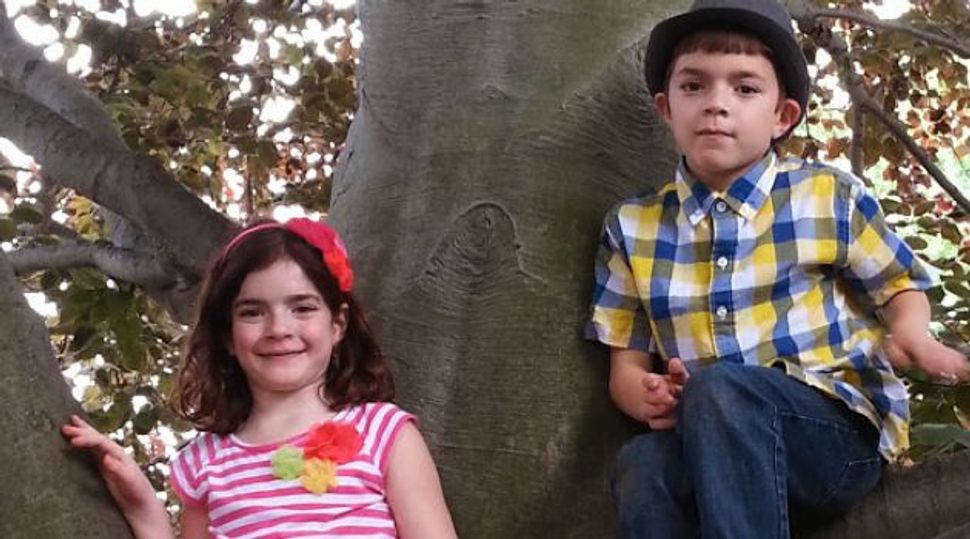 While the daughters and sons of America are celebrating their fathers, I am spending my Father’s Day celebrating my husband, the man who raised us — our family — and stood by me through the tumultuous journey to help me build a new foundation from the ground up.

My husband, for those of you who don’t know him, is an unlikely match for a woman like me. Where I am loud and willing to share deeply-personal stories, he is a fiercely private man who loathes publicity. (He asked not to have a photo of him appear with this blog post.) Where I am the gregarious half interested in meeting others, he is the homebody who prefers to spend time with his loved ones.

(Why am I paying tribute to him in a public forum, you may ask? He’s worthy of my public praise. It took some cajoling, but in the end, he agreed.)

My husband has commitment and devotion tattooed on his soul. I saw that the day we got engaged, which was also the first time I met him, at our beshow. The beshow, which is usually the first and only meeting of a prospective Hasidic couple, took place in my parents’ house. After my future in-laws and parents chit-chatted about the size of the dining room tablecloth and which cleaners do the best ironing job, my husband and I were ushered into the adjoining playroom to talk “privately” with the door ajar and the two sets of parents eager to hear the answer: yes or no.

I didn’t really get to know him from that first half-hour meeting in which we were both too shy to discuss anything beyond our family members — although I did muster the courage to talk about my infatuation with talk radio in order to get a read on whether he was also curious about the secular world. Nor did I really know him the day I married him at the ripe age of eighteen. But I knew he was a man unlike any other I grew up with — especially my father.

The father figure of my youth occupied a peripheral role in my life. I had no relationship with my father, and I still don’t speak much to him other than the cordial greeting when I visit. I did not feel he was my father, but rather an adult male figure whose meager income put bread and butter on our table.

When we became parents, our parents were not the role models we wished to emulate. They were children of Holocaust survivors. They parented huge broods, which left them exhausted and drained of all emotion. Aside from some of our own married siblings who managed to forge their own, healthy ways of parenting, the fathers we knew growing up were minimally involved in their children’s lives, if at all.

For my husband, becoming a father meant becoming his own role model.

I remember the moment he walked into the operating room some nine odd years ago in a sky-blue hospital cap and gown, his nose and mouth covered in a mask. His eyes were teary and his skin was a ghostly white. He held my hand as the doctor cut me open and delivered the 7.3 pound squealing bundle of joy. He stood over the neonatal nurse as she recorded the weight and stamped two tiny feet on the hospital’s birthing announcement. He brought the tightly-wrapped package over to me so I could greet our creation — the first of many “normal” things new parents take for granted, but something neither of our fathers did.

He was 23 and I was 19. We were two young birds setting up a nest to dwell in with little thought of what lay ahead.

When severe postpartum depression took over my motherly love and instinct, to the point where I was envisioning harming my baby, my husband swooped in to take charge. He struggled to understand my pain, but he loved his baby and managed to parent for both of us in the infant phase.

Twenty-two months after my son was born, on a cold January morning, I gave birth to my daughter. The depression only intensified, and I hit rock bottom when insomnia kicked in five months later.

My husband, bless his soul, was the primary nighttime caregiver — waking at odd hours to bottle-feed the baby and to soothe the toddler. He was lost, fighting to keep his head above water and to provide for his family, an intense juggling act with only his good instincts as a guide.

This man I call my husband — the love of my life, the heart of our family — stood by me while rabbis and rumormongers insisted that his wife was dragging him through the mud, that she forced him to change his ways and leave Hasidism. He defended me, sometimes publicly, which is no small feat for a quiet man who doesn’t often speak up.

He raised me out of my depression. He encouraged me throughout my college journey, tending to our children and preparing for the Sabbath, complete with complicated desserts, while working hard to support us. He cheered me on as I walked down the aisle at graduation, beaming with pride.

He raised me; he raised us. And for that, I am forever grateful.