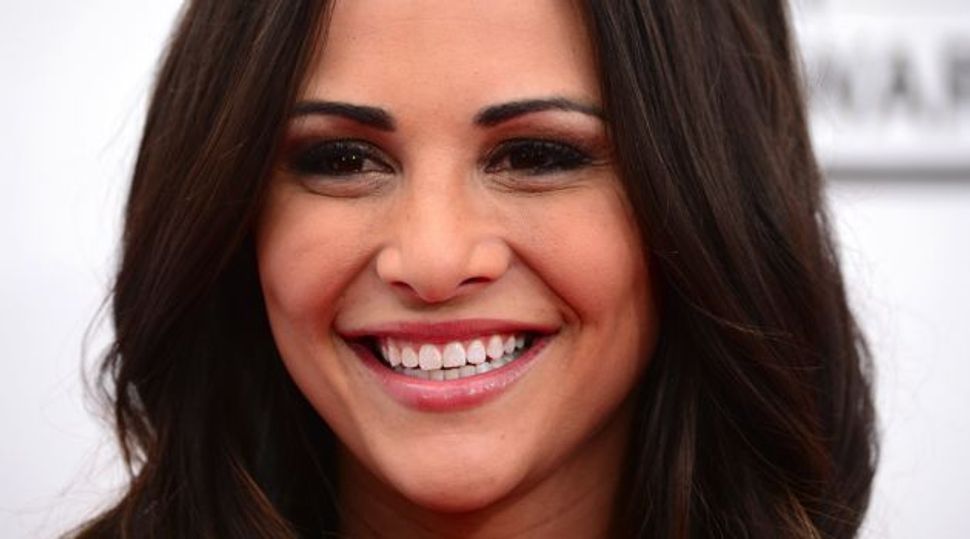 As the rose petals settle from the aftermath of the “Bachelorette” finale earlier this week, the blogosphere is on fire dissecting Jewish Bachelorette Andi Dorfman’s acceptance of Josh Murray’s proposal. The finale had all the makings of good TV: A heart wrenching profession of love and an angry confrontation between Andi and scorned bachelor Nick Viall and an appearance by Grumpy Cat.

In a rare moment of actual reality on reality TV, we saw pre-taped footage of Nick appealing to host Chris Harrison to arrange a meeting with Andi several weeks ago so he could confront her about her rejection of him. When she refused, Nick passed on a letter professing how much she meant to him. In a normal relationship, Andi wouldn’t have had to reply to Nick. But on “Bachelorette,” she was contractually obligated to speak with him post breakup, giving Nick a rare opportunity to confront the woman who broke his heart.

And lest we forget about Josh, he got to sit backstage and listen to it all.

Of all the recent “Bachelor” and “Bachelorette” contestants, Nick seemed most genuine in his heartbreak, practically begging Andi to explain what, exactly, went wrong. With downcast, teary eyes, Nick asked Andi why she made love to him if she didn’t love him, knowing how much it would mean to him. This is when he lost Andi’s sympathy for good.

The camera quickly panned to the audience for shocked and wide-eyed reactions. Nick had just brought up what had only been discussed in hushed whispers and euphemisms in past seasons: sex in the “Fantasy Suite” (the only time on the show the contestants aren’t followed by cameras). Andi sat up straighter in her chair.

“First of all,” she said, “that’s kinda below the belt.” Ba-dum-tshh

Nick crumpled in front of her. Andi maintained her composure and rightfully shut down Nick’s argument that she was cavalier with his emotions, insisting her feelings had been genuine and honest.

“I think everyone is probably in agreement that it probably wasn’t the most tasteful route that Nick chose to go” Andi said after the show. ”But it doesn’t negate the relationship that I had with him.”

The Internet, being the Internet, was quick to jump on the incident, calling Nick’s questioning of Andi’s actions a classic case of “slut shaming.” Some arguments were valid; most were overly hard on Nick. True, a man would never be questioned for having sex without being in love, and Andi doesn’t owe Nick an explanation for a consensual act, nor for not reciprocating his feelings. But Nick did not judge Andi’s sexuality, he just seemed like an inconsolable, confused and dumbfounded man taking a last jab at Andi and Josh. To call Nick’s teary confrontation “slut shaming” is to cheapen the term and the real instances when women feel judged, vilified and socially prosecuted for expressing their sexuality in ways that men would never be.

The real slut shaming came courtesy of Fox News’ “Fox and Friends” co-host Bob Beckel who quite literally called Andi a slut and blamed her for the moral failings of American society. “She’s a slut! I’m not kidding you. When she sleeps with somebody else and doesn’t tell the guy about it. This is what America has gone to,” he said.

And who could forget about last year’s Bachelor Juan Pablo Galavis with his constant foot-in-the-mouth one-liners and need for emergency sensitivity training. His gleeful acceptance of contestant Clare Crawley’s invitation for a sexy midnight dip in the ocean, and subsequent declaration of regret and shame left “Bachelor” fans dumbfounded. But his crudest and most thoughtless moment came when he told Clare “I don’t know you but I loved f***|ing you.” Yeah, she dodged a bullet with that one.

Nevertheless, I wish Andi and Josh — who might be Jewish?? — all the best. Now, on to next season!