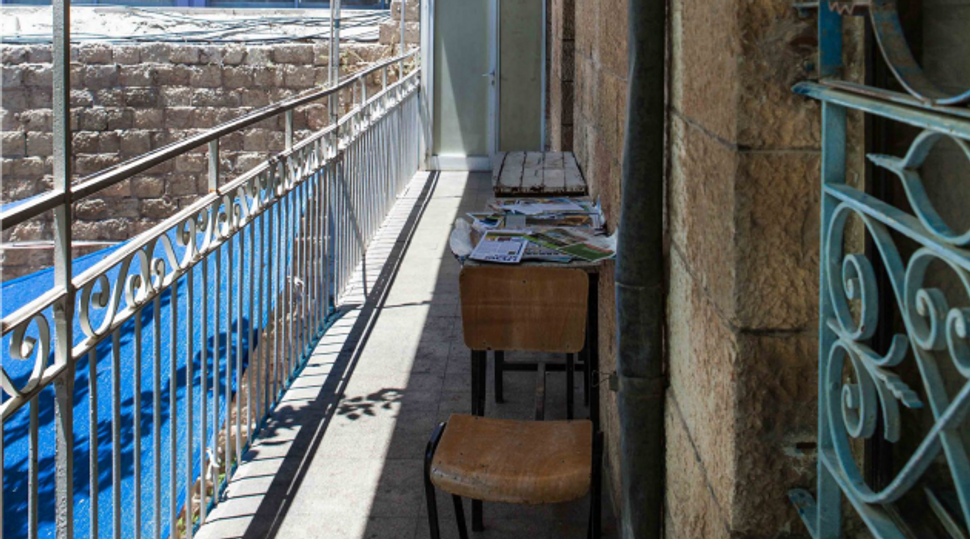 (Haaretz) — Where are you for the High Holidays? If “you” refers to Orthodox Jewish men, then you get to pray in the main sanctuary, which you will enter through the main entrance. Once inside the sanctuary, you will be full participants in the service, able to see and hear all that goes on, spending the time with your sons and younger daughters.

Once your daughters reach the age of seven, they will go from “us” to “them,” a threat to your delicate souls. Then they will be ushered into the women’s section, where they will continue a centuries-old tradition of gender-based segregation, to put it in modern terms.

Women usually enter through a side entrance and find themselves in the less attractive section of the synagogue. At best, they may be on a separate level. At worst, they may be either pushed into a stifling corner or given an area that is open from every direction, such as a corridor, or a room that is occasionally used for storage. Once inside the women’s section, you will be seated behind a divider, far away from the prayer service – the very reason you are here. In many cases, you will not be able to make eye contact with the congregation below or follow the service in your prayer book because you can hardly hear it from where you are sitting. Happy holidays.

A photographic exhibition of women’s sections in dozens of synagogues in Israel and abroad by architect and photographer Adva Naama Baram, entitled “In the Women’s Section,” opened last Thursday for the High Holiday season at the Architect’s House Gallery in Jaffa. Baram photographed women’s sections of various types, sizes, locations and designs that are exemplars of the pattern of segregation and exclusion. The 27 photographs in the exhibition, whose curators are architects Rivka Gutman and Eran Tamir-Tawil, speak for themselves.

The women’s section as a specific, separate section – a feature unique to Judaism – does not exist in other religions or in the present-day Jewish Reform movement. The name by which women’s sections are known in Hebrew – ezrat ha’nashim – comes from the Women’s Court in the Second Temple, which was a mixed area where both men and women could go, but beyond which women could not proceed to the sanctuary. According to traditional sources, the only time men and women were separated in the Temple was during the Celebration of the Water Drawing, a festival during which a special balcony was constructed for the women so that they would not mix with the men and reach a point where they “engaged in levity.”

The women’s section in its present form is a fairly modern phenomenon. No evidence of physical segregation between men and women has been found in ancient synagogues from the Roman and Byzantine eras, and researchers still disagree over whether it existed. The first evidence of a women’s section as an architectural feature was found in an ancient synagogue in the city of Worms, Germany, where a women’s section was constructed in the 12th century. It appears that synagogues for women only (known as veibershuls, where a knowledgeable woman known as the firzogerin or zogerke led the service, existed until the 19th century. Firzogerins, who also led prayers for women in the women’s sections of synagogues, used the local language rather than Hebrew, which women did not learn.

The women’s section of the Anan Hanassi Karaite synagogue in Ashdod. Photo by Adva Naama Baram Present-day women’s sections are paradise compared with those that were located in synagogue basements in France in previous centuries. A major element in such sections is the mehitza – the visual, verbal and metaphorical expression of the spatial segregation. Photographs of mehitzot in the exhibition provide a glimpse into an entire folklore of material and style – aluminum or wooden frames, curtains hung any which way, pointed steel bars, dividers of colored glass in the style of stained glass. Some mehitzot are improvised, created ad hoc by craftsmen, while others are more professionally designed.

Like other synagogue furnishings, mehitzot have no principles of design that are obligatory. The synagogues, too, have no architectural heritage and are free for any interpretation of material or form. Any building may be used as a synagogue or adapted for use as one. The only requirement of a house of worship is that it face Jerusalem.

With such minimal requirements, quite a few synagogues show architectural eccentricities. For example, the synagogue designed by architect Zvi Hecker on Training Base 1 in Mitzpeh Ramon, which is shown in the exhibition, is an iconic example of the genre. The structure, shaped like a star, contains no women’s section, presumably because the space is comprised of corners, angles and diagonal lines.

The various movements within Judaism disagree over the criteria of proper separation of men and women inside the synagogue. The stricter rabbis require that the mehitza be solid and taller than the women’s heads to prevent any eye contact between men and women during prayer services. More tolerant rabbis rule that the mehitza should be a physical divider that blocks mingling during prayer, as it was in the Temple, reaching as high as the women’s shoulders and allowing the women some access. Yet even with such arguments, a mehitza is still a mehitza.

‘The peg on which the synagogue stands’

The exhibition seeks to examine “the status of the women’s section in the synagogue and of women in general,” as Baram describes it. Baram says, “As far as I’m concerned, the feminine space will be the peg on which the synagogue stands.” The Kolech Religious Women’s Forum, a group of Orthodox feminists, took a more down-to-earth approach to the issue of gender segregation in the synagogue about a decade ago, when it presented its exhibition entitled “The Synagogue as an Egalitarian Space,” which featured designs for egalitarian synagogues that still met the requirements of Jewish law. This effort to square the circle, as displayed in the Ramat Gan Museum of Israeli Art, was unsuccessful, and even the definition “egalitarian space” encouraged reservations. In any case, segregation remains in place there as well.

The women’s section – an internal religious issue – is not a matter for the general public; rather, it may just be an anthropological peek into a strange and foreign world. Still, the principle of segregation and exclusion, together with many acts of spatial discrimination done for any reason, went beyond the boundaries of the women’s section and the synagogue long ago. In the religious, secular, civil, social and political realities, it is a major principle in the space of our lives, which has reached intolerable extremes in “the Jewish and democratic” State of Israel. Baram’s exhibition “In the Women’s Section” can be an opportunity to examine, from the height of the mehitza, the process, the sources and the spatial and architectural manifestations of segregation as they have progressed to this point, and to the edge of the abyss.

Until tikkun olam arrives and the world’s injustices are repaired, shana tova.