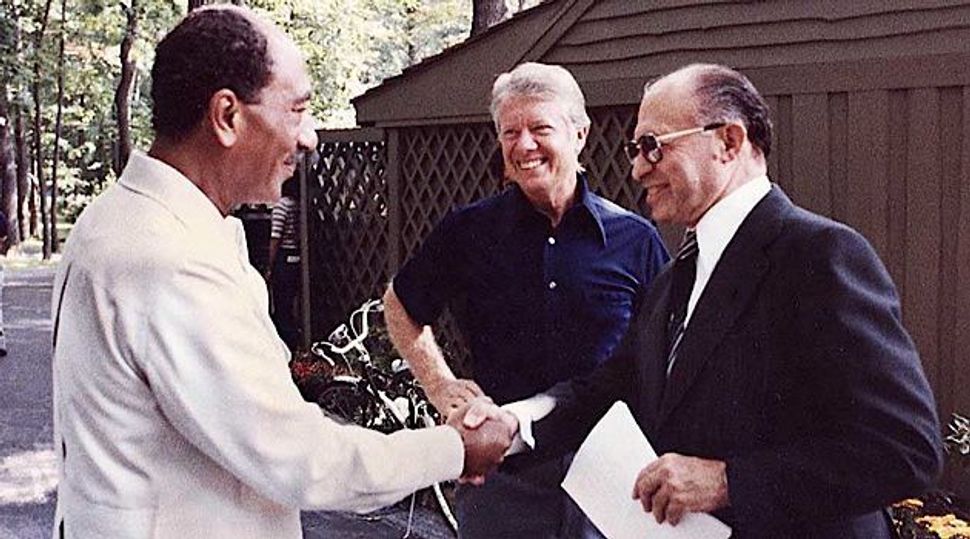 You get the picture.

This weekend marks the Jewish Day of Atonement, Yom Kippur. Traditionally, in the days leading up to Yom Kippur, Jews engage in deep introspection. We each look at our relations with others in the world, and asking their forgiveness, because, according to scripture, only then are we fit to appear before God and ask his forgiveness as well.

This weekend also marks the Muslim holiday Eid al-Adha. During Eid al-Adha, practicing Muslims sacrifice sheep and calves to commemorate the patriarch, Ibrahim, or Abraham, following God’s commandments. In addition to these sacrifices, on Eid, family members travel around to visit and greet each other, and mend and renew interpersonal relations.

Both holidays, at their core, are about relationships and renewal. Just as Yom Kippur requires Jews to ask forgiveness from both man and God, so too Eid al-Adha is a time that encourages Muslims to mend relationships by going to visit their family and friends.

The Yom Kippur-Eid al-Adha overlap only happens once every 33 years. Surely, there must be some sort of cosmic significance to it (if you’re into that sort of thing). Maybe it has to do with current events. This summer marked another peak in the Palestinian-Israeli crisis. It, naturally, affected both Israelis and Palestinians, Jews and Muslims, alike.

“This year,” Salaime Egbariya wrote in an article for +972, “we must celebrate this holiday, no matter what.” She proceeds to explain that the conflict in Gaza stunted the celebrations of Eid al Fitr, the lesser Eid that fell out in July. As I reported previously in an article for Religion News Service, the mood during this summer’s Eid was somber. “This Eid is not Eid because of the situation in Gaza,” Maher Abu Mayaleh, a shopkeeper in the Arab souk, or bazaar, in the Muslim Quarter of Jerusalem’s Old City, told me. “We are not happy. We do not want to celebrate anything. Our people are dying.”

The Israelis, similarly, mourned the events of the summer. Not only did they deplore the rockets raining down in their borders multiple times a day, but they mourned the loss of human life: at least 1,473 civilians in both Israel and Gaza, 68 IDF soldiers in combat, and 3 IDF soldiers who had served in Gaza this summer who took their own lives in recent weeks.

As a modern Orthodox Jew, I will be walking into synagogue this Yom Kippur contemplating the meaning of forgiveness and repair both on a personal level, and on a larger, global level — these thoughts will surely linger as I read from my prayer book.

What is the meaning of true forgiveness? If someone wrongs someone else, cuts them so deeply, what would forgiveness look like? Is forgiveness saying it happened but it doesn’t matter? Does it mean forgetting it ever happened? Does it mean addressing the wrong and learning from those missteps? Does it mean recognizing the limited nature of man and saying that all actions in the world come from God? I really have no clue what the answer is (so if you do, please let me know in the comments). The point is, forgiveness is in fact some sort of jumping off point to build a more harmonious future.

This time of the year is the time to contemplate these questions. It is no longer a time of mourning — not for Jews and not for Muslims. It’s a time to think about our fellow men and women and mending walls. Yes, bad things happen. But, the Abrahamic faiths dictate that there is a time for everything, as the verse in Ecclesiastes says, “A time to love a time to hate, a time for war and a time for peace.”

Now is a time of forgiveness, a time for renewal.

Wouldn’t it be great in a time of year where members of both religion are looking to celebrate life, make amends, and begin anew, if we actually started anew?

Will Bibi ask Abu Mazen for forgiveness and will Abu Mazen visit Bibi? That could pave a foundational road to a harmonious, peaceful future.