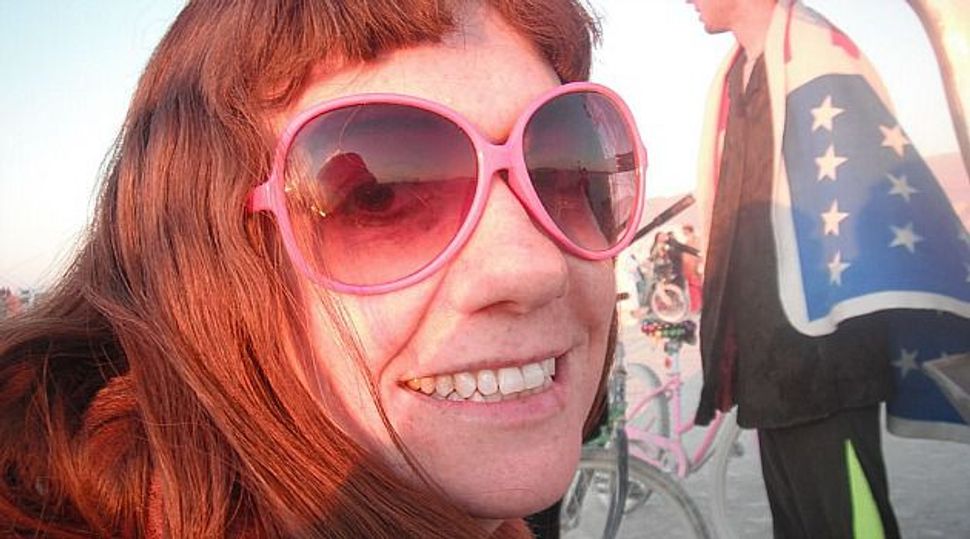 I was recently e-mailing with a woman I know and told her how I planned to take a couple days off for Rosh Hashanah. I haven’t been to synagogue in years, but I do mark the holiday by spending time with family.

“You’re Jewish?” she asked surprised, immediately mentioning the ultra-Orthodox crowd in Brooklyn who screamed at her for wearing shorts in their neighborhood. “Then you’re one of the only Jews I’ve ever liked.”

She’s not the first to say this to me, and I’m sure she won’t be the last. Yet every time, it signals the end of a friendship. When I hear people say that they don’t like [fill in the blank] Jews, it makes me very uncomfortable. In part because I cannot serve as a representative of all Jews. But even more so, because I have to wonder where they draw the line between the Jews they like and the ones they don’t like.

I grew up Orthodox and spent a year in an ultra-Orthodox community in Israel where I lived a with people from different sects of Hasidism. There are many reasons I’m not observant anymore, not least of which the limitations, segregation and misogyny you’ll find in many of those communities.

So, yes, I understand why people often look at Orthodox communities with distaste. They’ve had stones thrown at them or people shout at them for transgressing an observance about which they knew nothing.

Still, I always say that how those people choose to observe, treat women and talk to other people is not a function of Judaism. It is instead the reactions of individuals making specific choices and then using “god wants” as an excuse to act like shitty human beings.

I may have left Orthodoxy, but I took with me many of the foundational values like giving with generosity, defining your actions with kindness and respect and perhaps the greatest precept of the Torah, v’ahavta l’rayecha kemocha, treat people as you yourself want to be treated.

One cannot escape that there are many practices within Orthodox Judaism that are decidedly anti-female. Danya Ruttenberg, a conservative rabbi and author of Surprised by God: How I Learned to Stop Worrying and Love Religion observes, “To take just a few examples: the “chained women” who are unable to secure a divorce from their husbands, the fact that women are traditionally not counted in a quorum of prayer, allowed to serve as witnesses or encouraged to take on public ritual roles, and a whole complex morass related to women’s virginity, bride-prices, sexual availability, the policing of female behavior through modesty laws.”

Let me show you why that’s not all that different from other communities? There can be no clearer example as the morning I walked around the Burning Man festival. I was looking around, minding my own business when I realized the strap of my dress had fallen. I unconsciously brushed it back into place when a topless women cycling past screamed at me.

“This is Burning Man,” she shouted. “You don’t wear clothing here.”

I bristled just as I would had a man in Brooklyn harassed me for wearing shorts or uncovering my elbows, because no one has the right to judge who I am and whether or not I’m worthy based on what I’m wearing.

Dogma, it seems, crosses all cultural and gender boundaries, and most communities no matter how liberal or conservative swiftly attack and censure those who diverge from their norm. It is the voice that sings tolerance from within the community that is most able to be radical, move forward and create lasting change.

Leah Lax, an award-winning writer who spent 30 years living in the Lubavitcher community, agrees. In her perfect world “women particularly would be taught to sift, and even in the face of powerful ancient pronouncements (or very judgmental men), to judge for themselves, daring to reject and to choose.”

To suggest that men in Orthodox communities wholly control the women assumes that those women have no agency. How unbelievably insulting!

In fact, it’s often the opposite. Far from the image of the Orthodox woman mutely accepting whatever fate the men in her world mete out, Orthodox women are loud and strong. They speak out against poverty. They teach. They lend support to others when sick or in need.

They do all these things within the framework of Orthodox rules.

Those who aren’t capable of seeing beyond stereotype and through to the subtleties in people and their beliefs practice their own form of bigotry which is always unacceptable and dangerous when applied to Jews or any other religion or group of people.

In a time when so many hateful and ugly proliferate in the news and our lives, it becomes even more important for each of us to examine our prejudices and treat others with humility and respect.