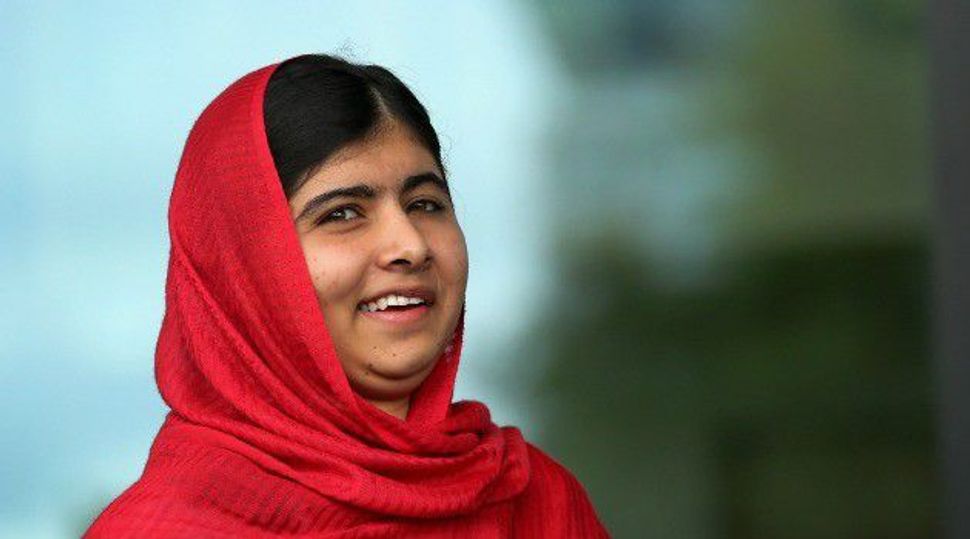 Nobel Peace Prize winner Malala Yousafzai said she will donate $50,000 to a U.N. agency in the effort to rebuild damaged schools in Gaza.

Yousafzai, an advocate for worldwide access to education, was awarded the World Children’s Prize on Wednesday and promptly said she would donate the prize money to the United Nations Relief and Works Agency for Palestine Refugees to assist its efforts to repair schools damaged by this summer’s fighting in Gaza.

“Innocent Palestinian children have suffered terribly and for too long,” said Yousafzai, a 17-year-old Pakistani, in remarks posted on the UNRWA website. “We must all work to ensure Palestinian boys and girls, and all children everywhere, receive a quality education in a safe environment. Because without education, there will never be peace.”

In the Gaza conflict this summer, UNRWA schools served as civilian shelters. Several schools were shelled, killing dozens of civilians and workers. UNRWA officials accused Israel of targeting schools, but Israel denied the claim while acknowledging that some of its shells had hit schools.

However, rockets were found stored in UNRWA schools and then subsequently disappeared, leading to Israeli accusations that agency officials had given them back to Hamas.