Broad City’s Back With Bongs, Seth Rogen and a Shiva 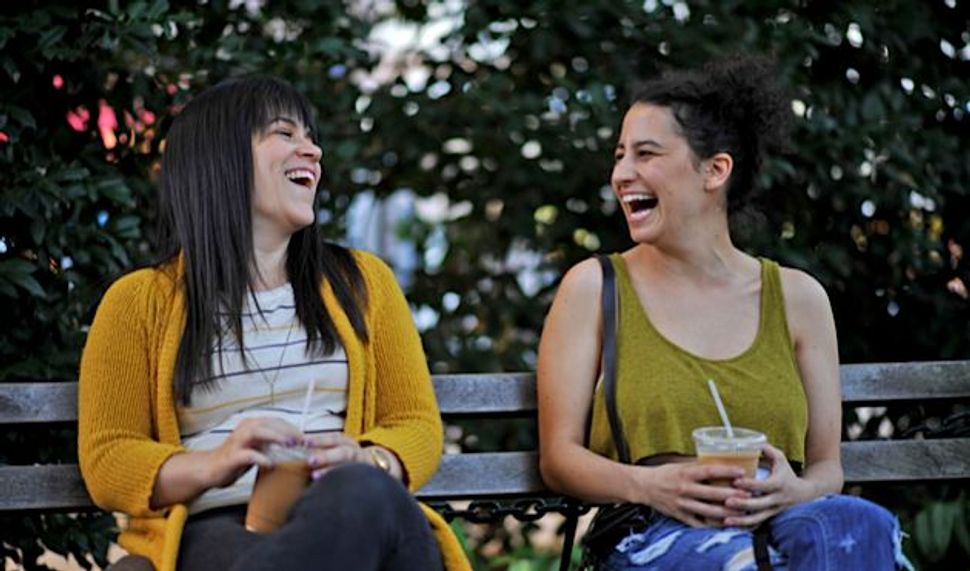 Everyone’s favorite comedic duo, Abbi and Ilana are back—this time in “white power” suits. Comedy Central unveiled the trailer for season two of the series that last year the Sisterhood called “a feminist triumph.” The half hour comedy follows the New York City-based misadventures of the shows co-stars and creators Abbi Jacobson and Ilana Glazer. From the looks of it this coming season may be zanier than the last. The trailer teases a “Pretty Woman” shopping trip, Seth Rogen yelling at a kitten and Ilana’s grandmother’s shiva.

“I think we try to show that young people today are really honest and open and share a lot of themselves with strangers and each other,” Jacobson told the Forward in January. Broad City returns to Comedy Central January 14.

(This year should actually be called the year of the shiva in popular culture. In the past three months it has been featured in sitcoms “The League”, “Mulaney” and of course the film “This is Where I Leave You.”)

Broad City’s Back With Bongs, Seth Rogen and a Shiva