Menu
HomeWhy I Hope This Isn't 'Year of the Jewish Woman'

First of all, let me make clear that I sincerely hope this isn’t “The Year of the Jewish Woman,” as the headline of the Jewish Daily Forward’s “Forward 50” list proclaims. One year isn’t enough for me; I’m aiming for a world in which Jewish women—and all people—get the opportunities and recognition they deserve every year. But I’m pleased that the Forward managed to reach parity + 1 this year, after more than 20 years of lists in which women were not represented in proportion to their percentage in the population.

What is the significance of achieving this milestone on the list of American Jews who have made the biggest national impact this year? First of all, it indicates that we’ve reached a point at which women’s public roles have become prominent enough to register on the national scene. This list is not a measure of general impact—women have, after all, always influenced and shaped families and societies in immeasurable ways—but rather a snapshot of public life, in which women play an increasingly important role.

Women’s presence here also reflects the subjective inclinations of this year’s list makers as well as the relative openness of the “softer” fields to women. The Forward editors admit that the 2014 list is light on politicians and communal leaders, choosing instead to highlight the impact of art, culture, and creative ventures—arenas in which women have traditionally found more access and greater opportunities for leadership.

The make-up of this list also suggests that women are aligned with some of the most significant shifts in American Jewish life in recent years, such as the growing multiculturalism of the Jewish community, the mainstream interest in ultra-Orthodoxy, and the demand for a complex narrative about Israel. This strikes me as unsurprising, since those already at the margins are more likely to transgress boundaries. This represents the continued unfolding of feminism, opening the Jewish community to greater inclusion of many kinds.

The real question to my mind is how—and if—the inclusion of women changes the larger story of the American Jewish community, which this list is meant to represent. After all, the ultimate purpose of feminism is not just to get women a bigger slice of the pie, but to change the recipe entirely. Even as they celebrate the increasing impact of women, the editors of the Forward acknowledge that “women have yet to be accepted (and paid) on an equal footing with men in organized Jewish communal life.” This glaring fact should not be a passing comment but rather should indicate the ways in which our community—and even this list—falls short of true, meaningful equality. “The year of the woman?” Perhaps for some, but the time for all Jewish women has yet to come.

Judith Rosenbaum is the executive director of the Jewish Women’s Archive. This post originally appeared on JWA.org 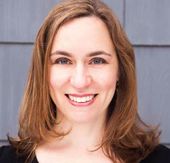