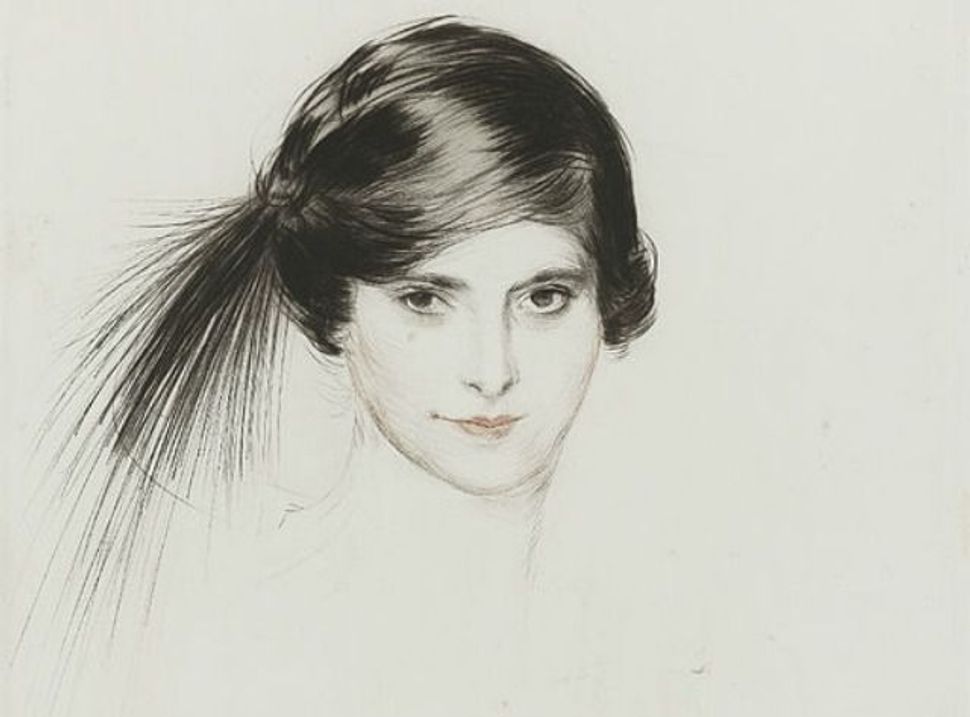 Beauty is power and Madame Helena Rubinstein knew just what she was dispensing. Like all enchantments, beauty stirs up passions, its secrets can emancipate or enslave. Like power, beauty can be corrupting or creative; in the hands of an alchemist like Madame, it might even be both.

Admirers of Rubinstein, or Madame as she was called, credit her with liberating women to shape their own aesthetic image. Her critics accuse her of enslaving women to a concern for glamour – and this for the sake of her own wealth and ambition. 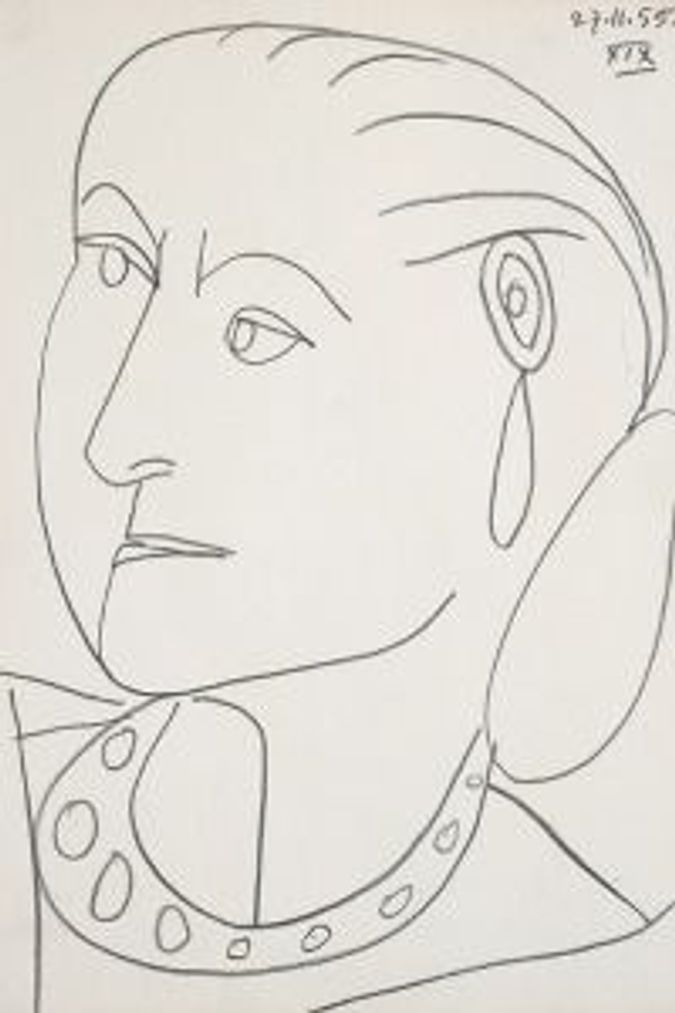 Pablo Picasso, Portrait of Helena Rubinstein, 1955 Image by Courtesy of The Jewish Museum

“Helena Rubinstein: Beauty is Power” is the title of the exhibit currently at the Jewish Museum in New York. That bold declaration headlined Rubinstein’s advertisement for cosmetics as far back as 1904. Her raw courage—an Orthodox Jewish girl from Poland setting out for Australia with a homegrown formula for skin cream—together with marketing genius and audacious, if self-styled, feminism made her into the world’s most successful woman entrepreneur of her time. Was she imperious, vain and self-serving? No doubt. She was also a convention-defying revolutionary who forever changed the way women looked at themselves and their counterparts.

The controversy spotlights attitudes towards beauty as a social value. I was taught that beauty is “hevel” or vapid and vain. Yet, I knew that admonition is traditionally attributed to King Solomon, an extravagant worshipper of female beauty. Attitudes about beauty, like power, are often deeply conflicted.

The vain and conniving stepmother in Snow White communed obsessively with her own mirror image and as a girl, so did I. While a cartoon character could indulge her inner narcissist, I needed to grow up righteous. I sifted through contradictory evidence. In our Orthodox Jewish value system, it was inner beauty that scored high. Yet, almost every woman in the Bible is introduced to the reader with a rating for her looks. Sarah is such a knockout she has to spare her husband’s life by pretending to be his sister; if Leah wanted to change genealogical history, she needed not more good deeds, but a remedy for puffy eyes. Queen Esther was so gorgeous she could leverage her star power to save our entire nation. Could she have been unconcerned with her looks? It left me a little unclear as to what King Solomon and my mother, she who warned me away from my mirror addiction, were trying to say.

My abiding concern with fashion and femininity marked me as a pariah in a family where the prominent sister-by-marriage was a no frills gatekeeper to the Jewish feminist hall of fame. Alternatively, I spent 22 years of my adult life in France where the cultural attitude never polarized a woman’s romance with image and her intrinsic worth. French women leveraged both their allure and their smarts for worldly success: When American feminist friends visited hoping to find some viable radical agenda a la Simone de Beauvoir, they discovered that this synergy was the viable agenda. It proved irresistible to those who, like me, succumbed to its multi-leveled charms.

In defiance of early 20th century propriety, American suffragettes marching in New York were happy to slash their mouths with red lipsticks offered by Rubinstein in a brilliant marketing ploy. Madame’s modernity was making her skin care and beauty techniques accessible to all in accordance with the New World’s democratic spirit.

But it was in France that Madame’s syncretic approach found affinity. In Paris, a woman’s self-invention arises through a blurring of artificial dichotomies between the beautiful and the good. Beauty may or may not be truth, but it is certainly savvy. Women leverage their free choice in clever application of cosmetics as much as in their championing of social causes, art collecting or business acumen.

Madame’s character and guiding principles find expression in her eclectic, highly personal collection of art and objects now on view. Picasso sketched her in a series of drawings that reveal a multifaceted personality – commandeering, curious, shrewd, humble, visionary, gutsy, on guard. In a small painting by the surrealist Leonor Fini, a woman spies through a door on another woman, introducing the female voyeur displacing the male gaze. Rubinstein’s vast collection of African art features masks whose faces could take on interesting geometric forms corresponding to her idea of beauty as limitless and undefined. Her collection features many women and girls much as her charitable foundation sponsors their causes.

I find myself among Rubinstein’s many champions. It is thus with a weary sigh that I read some of her misguided detractors. She is blasted for “the commodification of the liberal woman,” that is, for addicting women to cosmetics and using their consequent powerlessness for her own gain.

How in good feminist faith to censure the success of a self-starting woman who encouraged other women to deconstruct their own identities? Would an inventive, paradigm-shifting man (think Steve Jobs) be brought up on those same enabling charges? What greater insult to women’s agency than the assumption that once lured, they will fall prey to a trap set by popularly-priced cosmetics? Why be so black and white when invited to play with a whole palette of colors? Madame famously says in her heavily accented French, “Personne ne reste toujours jeune,” or no one stays young forever. This kind of griping has us growing old before our time.