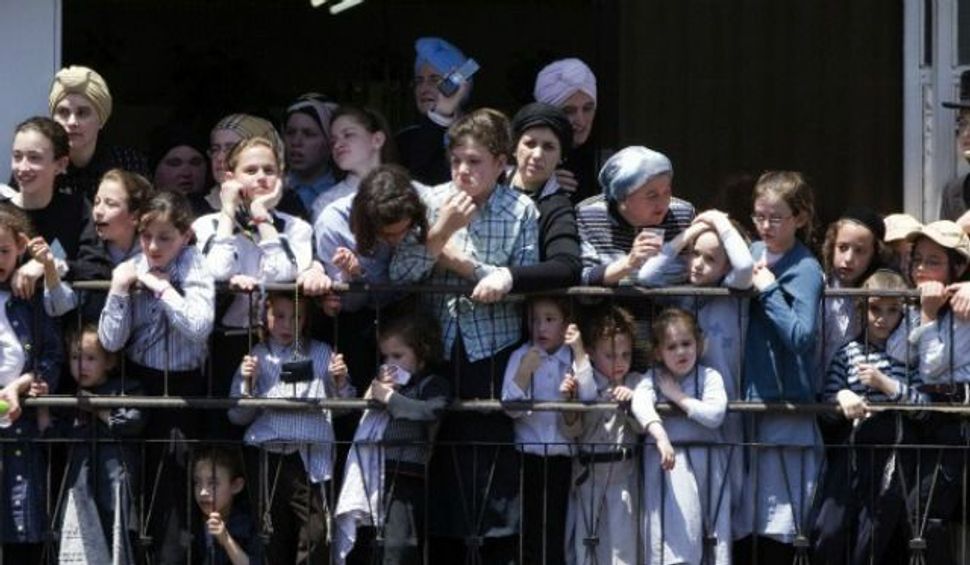 Last time I checked, making sure that you were able to put food on the table to feed your children wasn’t feminist, it was parenting. Working long hours for low wages because you weren’t permitted to earn educational degrees wasn’t feminist, it was surviving. In a system where men are encouraged to learn in lieu of working while their many children are not properly nourished, it is a problem that needs solving, not a model to be touted or emulated.

While I sincerely believe that Rabbi Avi Shafran had the best of intentions in his article “How Ultra-Orthodoxy Is Most Feminist Faith,” what he depicts as a thing of beauty, including personal sacrifice, selflessness, and other virtuous character traits, overlooks a systemic problem, that of an increasing population living below the poverty line. While Arab poverty has been decreasing, haredi poverty is on the rise.

There are two areas that need to be addressed by Rabbi Shafran’s piece.

The recent brawl in a Bnei Brak yeshiva made headlines yesterday, the same day that Rabbi Shafran’s piece was published. Mahloket, traditional disagreement within Jewish law, was never meant to involve tear gas. The recent occurrence certainly doesn’t support his case. It used to be the wealthy or those gifted with exceptional intellectual prowess who were supported by the community to learn Torah. While there was always a contingency in traditional Judaism of full-time learners, it was not the standard until recently. Unfortunately, a number of parties are affected by what does not seem ideal for those learning in the kollel and those who carry their weight outside of the beit midrash.

The debates and controversy that arose in regard to haredim entering the army last year brought some of the telling reasons to the fore. Firstly, a number of men made it clear that they would like to serve in the army. Although hundreds of thousands protested the first haredi draft into the army, Yitzchak Bar Chaim has been recruiting haredim, who do not fit into the mold of spending the rest of their days in the beit midrash, to a future with possibility that begins with enlisting in the army. We are all human with different abilities, skill sets, and potentials. The current haredi norm does not allow for diversity amongst the men. While tradition used to involve the bride’s parents ensuring the financial stability of their future son-in-law in his career path, the tables have turned although not in a good way.

If women were choosing to follow career paths and feeling empowered to gain the knowledge and skills to advance their work, then perhaps Rabbi Shafran could claim that this arrangement is positive for women. The problem is that the women are tasked with the heavy burden of raising the children, keeping up the home, making sure that food can be put on the table, cooking said food, serving it, and, of course, clean up. These women are doing an incredible job given the many tasks at hand, but it is impossible for them to keep up. The community is falling deeper and deeper into poverty.

Haredi women are not allowed to receive a proper education, complete the bogrut exams, and, as a result, they can only earn so much money during their hours at work. This results in an extremely low glass ceiling while the pressure to provide only grows over time. If this were meant to benefit women, then women would be set up for success. Instead, we have been witness to the rise of true feminism in the haredi political scene with the upcoming Israeli elections. According to the new haredi women Bizchutan party hopefuls, haredi women are in a position of slavery. The backbreaking work of the women Shafran refers to is far from welcome by these women who are calling for change. It is the cause of what many hope is a revolution within haredi society.

While women are permitted to work long hours in order to keep their families alive, the sweat of their brow is not feminism. It is not feminism when they feel as if they have no other choice. I look forward to a time where haredi women can pursue careers of interest to them and share the financial burden with their loved ones. I look forward to a community where men do not feel inadequate for contributing to society economically. This much needed change can only happen if we are all honest about the realities involved and the factors that contribute to the current system which is failing.