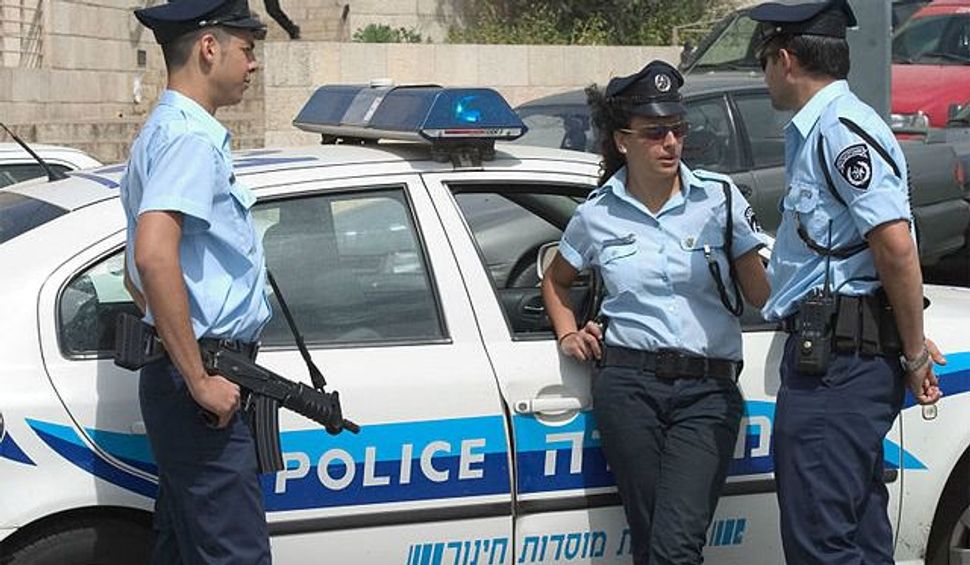 There has been an earthquake in the Israeli police force, and the institution may never be the same again. No less than three senior police officers have been accused of sexual harassment in the past two weeks, including one who is now under house arrest, and the story is not over yet. This may be bad news for these men, but it is great news for women.

Two weeks ago, The Police Investigations department of the Justice Ministry announced that the Deputy Police Commissioner Nissim Mor is being investigated for crimes of sexual harassment and indecent acts against a female police officer subordinate to him. He allegedly used his seniority to take advantage of her. Apparently several other women have started to come forward with similar allegations of sexual harassment against him. The officer was released to house arrest and subsequently fired by Police Commissioner Yohanan Danino.

Just a few days later, the commander of the coastal district, Deputy Commissioner Hagai Dotan, was accused of sexual harassment by five separate women who came forward with complaints about him. One of the complaints alleges that the woman approached him for help in a personal matter, and he in turn tried to kiss her and touch her. Although he initially denied the charges, claiming there may have been “verbal” abuse but not “sexual” abuse, he was suspended for two weeks and then later was removed from his post completely.

Then this week, Com. Moshe Ivgi, head of the Beersheba city police, came under investigation and was suspended from his job for two weeks on charges of sexual harassment of a female officer. According to the complaint, Livgi approached her while she was pregnant and asked her how far along she was in her pregnancy. When she told him she was in her fifth month, Ivgi told her he had always fantasized about having sex with a woman who was five-months pregnant. He allegedly sent her messages asking her to text him pictures of herself wearing skirts.

These events in quick succession follow several other instances of sexual harassment in the Israeli police that have come out in the past two years. In October 2013, then Jerusalem District Chief Nisso Shaham resigned after he was indicted for sex crimes against female officers who worked under him. And in September 2014, Judea and Samaria District Commander Kobi Cohen was leaving his post amid suspicion he carried out a relationship of a sexual nature with a female police officer. In total, eight senior police officers are not in various stages of investigation for sexual harassment from the past 18 months, and are expected to be removed from their posts permanently.

These cases are particularly striking in light of the fact that the police force is considered one of the most sexist institutions in Israel. Of the 18 members of the top brass, there are zero women. And last week, there was a graduation of newly inducted officers – and only 16% (16 out of 101) were women. Even Prime Minister Netanyahu has now said that he believes that it’s time for a woman to become Chief of Police.

The fact that three cases of sexual harassment have emerged one after another suggests that women in the police are encouraged by one another and are starting to come forward with their experiences.

I spoke with Tom Yogev, spokesperson for the Association of Rape Crisis Centers in Israel, which has been working with the police for the past two years to raise awareness about cultures of sexual harassment. The Association has been widely promoting a Code for Prevention of Sexual Harassment, a practical plan for companies and organizations to deal effectively with sexual harassment. The Code, which was written by a coalition of experts from around Israel representing NGOs, government institutes, academics and business leaders, was presented among the police force two years ago, just before women started to come forward.

“The 1998 Israeli law for the Prevention of Sexual Harassment is very comprehensive,” Yogev told me, “but it does not provide practical tools in the workplace. Every organization with more than 20 people must have someone appointed to deal with claims of sexual harassment, but often this appointee does not have much real support from within the organization. There are still obstacles, and a lack of information and resources.”

The Association has been working with companies and organizations to train them in how to deal effectively with sexual harassment. It involves establishing an actual budget, creating protocols for relationships within the company, and ensuring that there is training for the entire staff.

“The Israeli police, an organization that is supposed to deal with our security, has an organization culture that is not safe for women,” Yogev told me. “It is everywhere in the organization. It’s very male-dominated and hierarchical and men can very easily take advantage of women. When there is a violation within authority relationships, women cannot complain.”

Yogev believes that the fact that these stories are coming out is good, and means that the culture of the police may be changing. “When organizations or companies say, ‘There is no problem of sexual harassment here,’ that usually means not that it doesn’t exist but that they are not dealing with it,” she said.