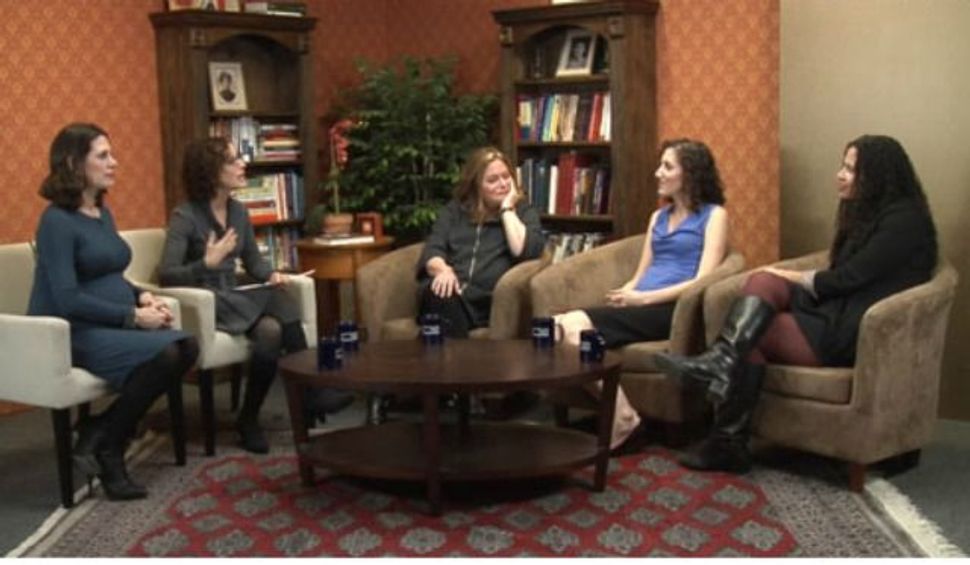 Blame it on “Fifty Shades of Grey.”

My favorite part of The Salon is when very serious people drop their professional armor and get personal. This episode has a lot of that because all of the panelists have melded their personal and professional lives in some way. Daphne Merkin, as mentioned previously, has written much about her own intimate life; Lacey Schwartz is the documentary filmmaker of “Little White Lie” (which debuts on PBS on March 23 — check your local listings!), about how her bi-racial identity was hidden from her when she was growing up; and Naama Bloom is the founder and CEO of Hello Flo, a shame-free women’s health company whose viral video campaigns about menstruation and being post-partem you’ve probably seen. Even our very pregnant co-host, Rachel Sklar, has been writing about what it’s like to be single, in her 40s, and expecting. It was inspiring to hear what they all had to say about why it’s important to be open about the things we tend to keep hidden. Here’s a portion of that discussion.

These are just a few minutes from a half-hour conversation, which also veered into a really insightful discussion about the rise of anti-Semitic violence in Europe and whether Benjamin Netanyahu should deliver his planned address to Congress next week. Check out some more clips online at http://tjctv.com/tjc-original-programming/the-salon/the-salon-36. And, better yet, watch the complete episode on The Jewish Channel on cable.