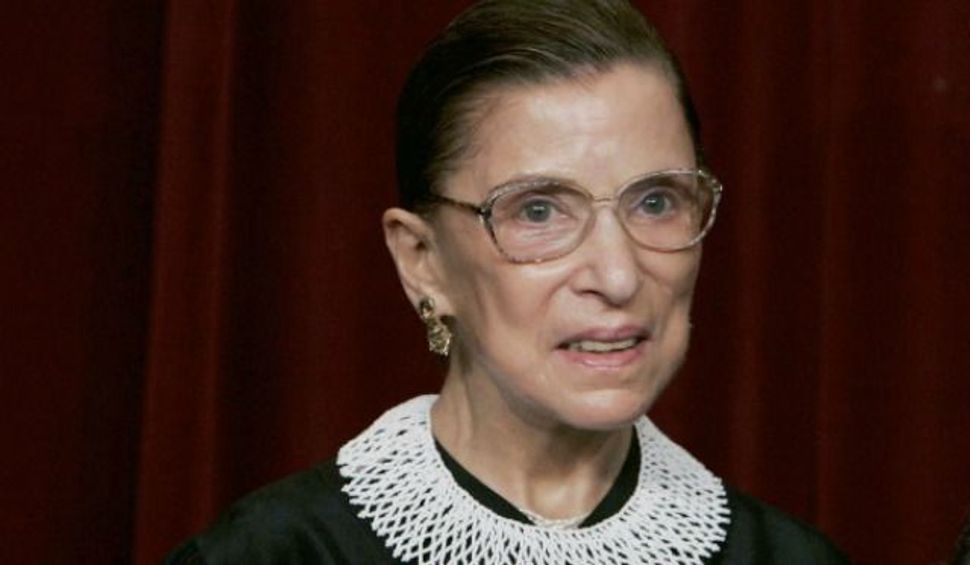 Supreme Court Justice Ruth Bader Ginsburg can now add Torah scholar to her resume (after fashion icon and weight-lifter). On Wednesday, the 82-year-old released a feminist reading of the Exodus story to be read at the Seder. The essay, created with Rabbi Lauren Holtzblatt of D.C.’s Adas Israel congregation, focuses on the women who were instrumental to the Passover narrative: Moses’ mother Yocheved, midwives Shifra and Puah, Pharoah’s daughter Batya and Moses’ sister Miriam. “Since Jews are commanded to to see ourselves as having lived through that story, so that we may better learn how to live our lives today. The stories we tell our children shape what they believe to be possible — which is why at Passover, we must tell the stories of the women who played a crucial role in the Exodus narrative,” writes Ginsburg and Holtzblatt. “These women had a vision leading out of the darkness shrouding their world. They were women of action, prepared to defy authority to make their vision a reality bathed in the light of the day. Retelling the heroic stories of Yocheved, Shifra, Puah, Miriam and Batya reminds our daughters that with vision and the courage to act, they can carry forward the tradition those intrepid women launched.”

The reading, published through the American Jewish World Service, is a call to action and part of a series from the humanitarian organization that “draws on teachings from the holidays to inform our thinking about Judaism and social justice.”

Although she served as camp rabbi at Camp Che-Ne-Wa in Minerva, New York, when she was 15, Ginsburg is not an observant Jew. In a speech at Sixth and I Historic Synagogue in 2008, she attributed this to being prohibited from being part of the mourner’s minyan (because she was a woman) upon her mother’s death when Ginsburg was 17. But Ginsburg has always cited her Jewish identity as a key component her value system, famously saying, “I am a judge, born, raised and proud of being a Jew. The demand for justice runs through the entirety of Jewish history and Jewish tradition.”