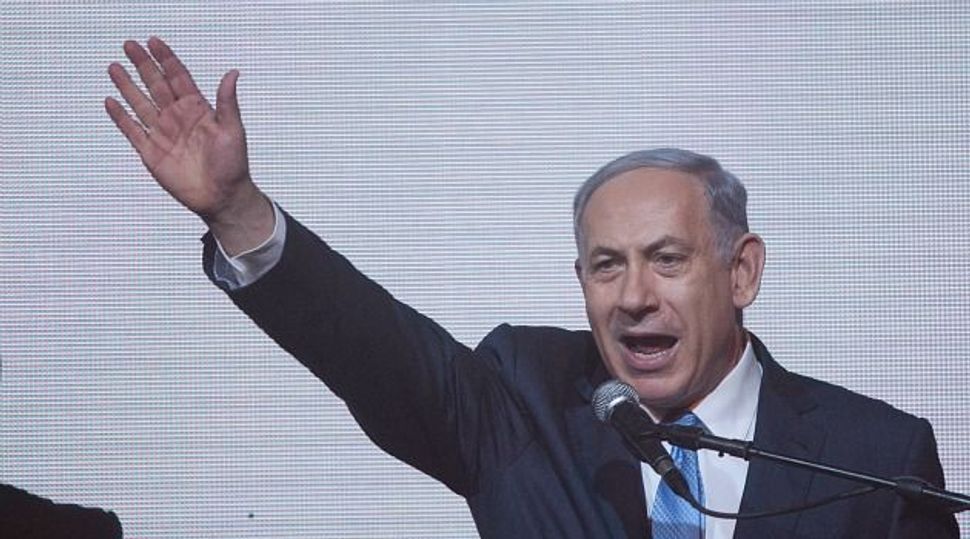 I understand why some Israelis, intending to go vote for Isaac Herzog and the Zionist Union, went in and voted for Benjamin Netanyahu and Likud at the last minute.

Tuesday I was wondering, really, how I would vote if I were Israeli – knowing what I know and having lived through what I lived through in Jerusalem during the peace process in the late 1990s.

A Bibi voter is, perhaps, a liberal whose city has been bus-bombed. Or maybe, better yet, a liberal who is watching Islamic State videos.

The last time that peace between Israelis and Palestinians was a serious solution to what many Israelis refer to as “the situation,” the streets of Jerusalem were not safe. As Israel moved to normalize relations with the Palestinians, extremists on both sides of the green line started fomenting campaigns of violence for which average citizens on both sides paid in blood. That was a time of hope, and it was very difficult.

I guess it all depends on what peace really is. On how you define it.

Is the occupation peace? Is peace a time when your streets are safe but you continue to build walls to isolate yourself from your neighbor and to control his movements and to bomb the living daylights out of him when it suits? A time when the future down through the generations looks dim, but the present seems secure?

Or is peace a time when your own streets are not safe? When the road to good intentions is paved with hell? Is peace a time when the future for your sons and daughters may promise stability and growth, but the bus they’re on might not get there?

The known is better for most voters than the unknown, security today better than peace in a distant tomorrow. The pragmatist in Israel today deals only with reality – and votes for Bibi. The idealist deals with dangerous hope – and votes for  Bibi, when the voting machine brings her back to reality.

Because of this, though, Israel is not the place most of its founders had dreamed of.

The Israel of the Zionist movement and the earliest days of the state was the Israel of kibbutzim and “chalootzim” (early pioneers) seen in posters of the day. It wasn’t a place where God was a big deal. It was human. The idealized new Israelis were brave, tall men and women, pioneers in shorts and loose shirts who stood on (ostensibly) empty hills with their hoes, ready – with grit, determination and idealism – to build a new country. They wanted to cause water to fall on arid earth, to create a land of milk and honey and also to welcome the Jewish victims of Europe’s latest convulsions. Except for a few tiny, riderless camels on the distant horizon, nothing in these posters suggests an Arab presence.

This was the romantic, progressive country foretold in the 1958 book and 1960 movie “Exodus,” A place imagined as brilliant, forward-looking, Western-inspired, intrepid, secular, it was to be an Enlightenment adventure that would tend toward the good of all mankind.

When I was living and working in Jerusalem during the late 1990s, there was still something potential about Israel. Israel and the Palestinians were in the middle of what then was quaintly called, without much irony, the peace process.

Remember? It still seemed as though the country were in the process of becoming. Peace Now was not yet a risible name for an organization.

Back then we imagined that Israel was a nation of rational people living in a Western democracy. They could not fail to see that their own best interest, as well as that of the Palestinians, would be served by peace – and two states. What could have been more obvious?

“The situation” was unfolding toward its inevitable, inexorable goal, we thought: peace in the Middle East. Bombs might go off but, nonetheless, progress toward normalization was unstoppable.

That’s not to say that Israel during the peace process was romantic and exciting.

It was a much more complicated and realistic state than the ideal that “Exodus” had hinted at. It was less and less egalitarian, less socialist. Millionaires lived in windswept houses on the Mediterranean coast and many Ethiopian and Russian immigrants and Thai transients lived in poverty. The kibbutzim had fallen on hard times and were abandoning the communal model.

From around the globe, religious and ultra-Orthodox Jews (then entirely exempt from army service) were flooding to Jerusalem and had built and were building – over generations – a large and powerful fundamentalist voting bloc that was anathema, culturally, to the Zionists who had fought for independence in the 1940s.

God was becoming a major player in Israeli politics. While those religious families lived in near-penury in Jerusalem, wealthy and secular Silicon Wadi was about to emerge in Tel Aviv.

Israelis were stressed out. The costs of occupation were obvious in people’s tense faces and in their notorious lack of politesse. I remember laughing at myself because only a Jerusalemite could breathe a sigh of relief the way I did when I visited my family in Manhattan.

Compared to Jerusalem, New York seemed laid back. A very tough, war-hardened man was prime minister. Yitzhak Rabin, known as “Bone-Breaker” because of his early attitudes about handling the Palestinians, was leading the country toward peace. He was letting us continue to believe that Israel was sane.

Then a religious Israeli extremist killed Rabin. What seemed in those days like a blip in an arrow-straight timeline, an anomaly of some kind, is now an event that itself reads as inevitable and logical. Of course a moderate consensus builder was assassinated by an extremist.

As conservative Israelis like to say about their neighbors: Welcome to the Middle East. We don’t live in Scandinavia, they like to say.

But Israel itself, it turns out, is also very much a part of the contemporary Middle East. Not because of “the neighborhood,” but internally. A fundamentalist killed the prime minister, just to begin. In spite of this (and because of it), Jewish fundamentalism is on the rise politically and demographically.

The secular population is frightened about the future. The country is its own ghetto, surrounded by walls and barriers. It’s a weird place now whose culture seems, more and more, to have been invented in reaction to its enemies, rather than created by its founders.

Historically, the way to a better world has never been painless. But it’s easier to say that a future peace is better than a present security when you’re sitting on the other side of the globe, as I am now.

In the end, I think, many Israeli voters this week just lost courage. Though so many are tired of Netanyahu’s racially tinged, repetitive, reactionary fear-mongering, no one wanted to vote for Bougie and then lose a child in the first bus-bombing after the peace process starts up again.

In the aftermath of this dispiriting election, Israel will continue to be a harsh, militaristic place without hope – but with a great beach and lots of start-ups. That’s how Likud has transformed the country under Netanyahu’s stewardship.

The Jewish dream of Zionism was always a nightmare for the Palestinian population of the region. The way it has now played out finds the Israelis themselves in a troubled sleep from which they don’t seem able to awaken.

A sleep troubled by God, and monsters.

Amy Wilentz served as the Jerusalem correspondent for “The New Yorker.” She is the author of “Martyrs’ Crossing: A Novel,” set in Israel and the West Bank, and several non-fiction books, including “Farewell, Fred Voodoo: A Letter from Haiti.”