Lena Dunham’s Piece Was Anti-Semitic. Get Over It. 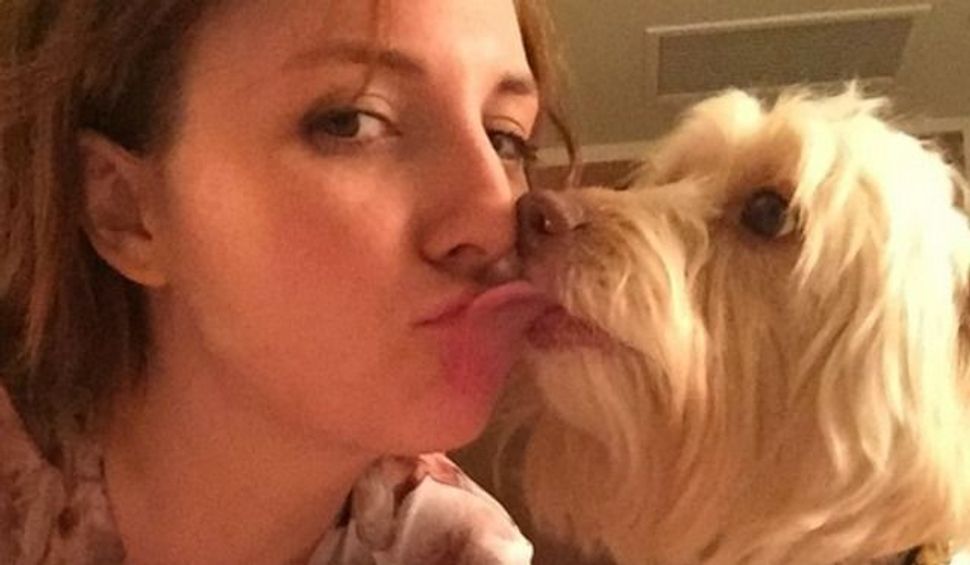 By now, you’ve surely heard of the uproar of Lena Dunham’s latest New Yorker piece, titled “Dog or Jewish Boyfriend? A Quiz.” In list form, Dunham asks the reader to judge whether it is her pet dog or her Jewish boyfriend (Jack Antonoff of the rock bands Bleachers and Fun) who “doesn’t tip,” “never brings his wallet anywhere,” and “expects to be waited on hand and foot by the women in his life.” As per most things produced by Dunham, the (Jewish) internet flew into a frenzy, debating as to whether the piece was anti-Semitic or not. After reading the piece myself — and as someone who is a champion of Dunham’s work — I came to the conclusion that yes, Dunham’s article is not only guilty of perpetuating well-worn Jewish stereotypes for cheap laughs but ingrained with anti-Semitic overtones, if not borderline or overtly anti-Semitic in nature. (For a dissenting opinion, read Flavorwire’s Sarah Seltzer’s hilarious “Other Lena Dunham Pitches The New Yorker (and the ADL) Will Definitely Accept”, or Hilary Saunders’ response here at the Forward.)

It’s no one’s place to judge another person’s sense of Jewish identity; to do so is not only egregious, but divisive for the Jewish community as a whole. However, Dunham’s piece can also be considered a case of whether it is, indeed, a piece of Jewish humor, or whether it is a piece of humor that happens to be written by someone Jewish. To me, it’s the latter. Humor that speaks from within the culture is different than humor that speaks from one who positions themselves on the outside the culture. By failing to use inclusive qualifiers to identify herself from within the culture, Dunham’s piece skewers toward the anthropological, the study of the Jewish boyfriend from one that does not identify as the sole same.

(It is also important to note that when I refer to Dunham’s authorial presence within her article, it is commentary on Dunham-as-character, not of Dunham as a person. While biographical elements can be employed within a joke or a humor piece, it is not a work of pure autobiography, allowing for embellishments, hyperbole, and, well, what makes it funny. Rather, certain humor pieces — like this one — can allow for an interpretation of an autobiographical and fictional hybrid. I chose to interpret Dunham’s work, in this specific instance, as such.)

Take, for instance, this passage from Dunham’s piece that many have cited as anti-Semitic:

While the trope of the overbearing Jewish mother is overplayed in general, it is the use of “he” rather than “we” that caught my eye, the behavioral descendent of the allegorical wicked child from the Passover seder who excludes himself or herself from the collective whole. To instead write “[he does not eat the food I serve him] because we both come from cultures in which mothers…” would have been an easy answer to incorporate her identity within the cultural joke, while still retaining the logic and humor of the piece. Instead, Dunham opts for the WASPy way out, aligning herself within the article as “other-than-Jewish”:

By pitting her Jewish boyfriend against Dunham’s WASPy father, Dunham further ingratiates herself into a dialectical paradigm of opposites; if her father is a WASP, then she herself is a WASP; because she makes no effort to elaborate her origins for a readership that may or may not know them, the structure of “we and them” is established, with no option for liminal zones, grey areas, or hybridization. (And because we all have an innate inferiority complex when it comes to WASPs, amirite?)

Furthermore, equating any historically oppressed minority with a non-human animal is not only offensive; it’s tired, lazy humor if it’s not particularly original (which I, personally, found Dunham’s piece not to be). A statement released by the ADL didn’t find it quite so amusing, either, alluding to the negative historical connotations surrounding the word “dog” in relation to “Jew”:

Some will certainly find Lena Dunham’s stereotypes about cheap Jews offensive. Others will take issue with the very idea of comparing a dog and a Jewish boyfriend. The piece is particularly troubling because it evokes memories of the “No Jews or Dogs Allowed” signs from our own early history in this country, and also because, in a much more sinister way, many in the Muslim world today hatefully refer to Jews as “dogs.”

It would be a stretch to assume that Dunham set out to write something intentionally anti-Semitic, keeping in mind that many of the staff and readership of The New Yorker are Jewish. Despite this, it is also not only irresponsible to equate a Jewish cultural sensibility with cheapness, misogyny, female passive-aggressive subjectivity, and plain whininess, but lazy. Philip Roth tread this ground with hilarity and complexity — and to a higher degree — with his first novel “Goodbye Columbus”, and authors such as Elisa Albert have thematically continued and upped the ante on the standard he set nearly half a century ago.

Moreover, it is difficult to understand why Jewishness had to be thrown into the mix to begin with; if Dunham’s piece had simply been titled “Dog or Boyfriend? A Quiz” and had substituted archetypal “Jewish” aspects with more personalized and equitable information, it would have perhaps been more successful as an example of humor writing. As I am writing this op-ed, Dunham has yet to speak publicly about this incident — and she probably won’t. At this point, Dunham knows that whatever new work she produces will be met with controversy; her role in the zeitgeist has already been set. So now it is our place to take “Dog or Jewish Boyfriend?” and view it as what it truly is: an example of humor writing that accidentally and unfortunately incorporated anti-Semitic stereotypes in its unsuccessful execution from one of our own. When it comes right down to it, that is what Dunham is — one of us — and we still must embrace her for it.

Anyway — did you guys catch the season finale of “Girls”?

Lena Dunham’s Piece Was Anti-Semitic. Get Over It.