Lena Dunham Isn’t Anti-Semitic. She’s Just One of Us 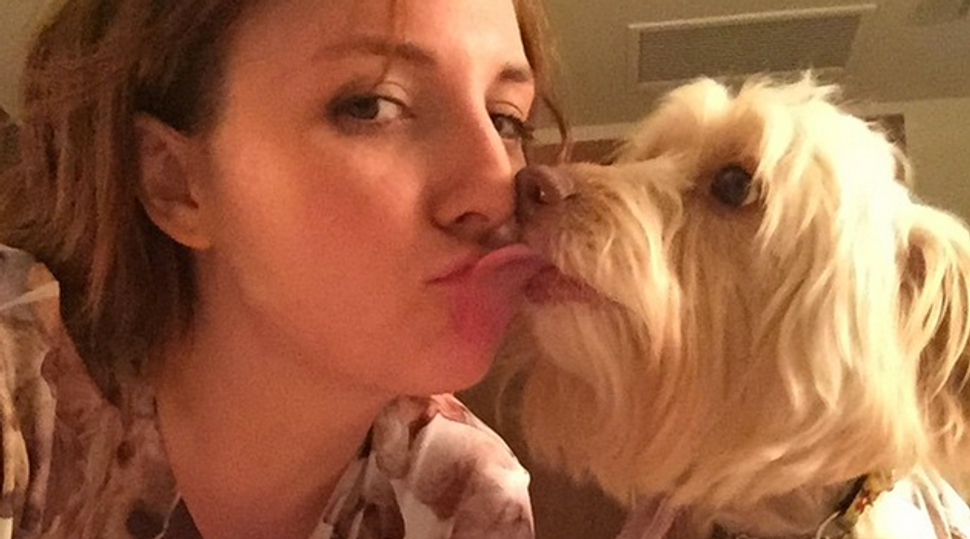 You know the old idea: “You can’t make fun of my little brother…only I can make fun of him?”

I mean, I don’t personally because I’m an only child. But that’s not the point. The point is that Lena Dunham can totally make fun of us because she is one of us.

She’s Jewish enough, anyway. With a Protestant father and Jewish mother, the more strictly religious of us will use her bloodline as proof, while the more secular of us are happy to cite this oft-quoted story from the Jewish Journal in 2012 in which she calls herself Jewish.

“I went to Hebrew school for, like, two weeks, and then didn’t get the part I wanted in the play and quit,” Dunham said. “But I’ve always had a great love of all the holidays that we celebrate together as a family: Passover, Chanukah. I’ve spent a good amount of time in temple, and I definitely feel very culturally Jewish, although that’s the biggest cliché for a Jewish woman to say.”

Later, she even went on to say, ““I took an amazing trip to Israel two years ago,” she added. “It was the most connected I’ve felt to that part of myself. I learned a lot both spiritually and personally.”

Like most of her work, Dunham’s recent column in The New Yorker entitled “Dog Or Jewish Boyfriend? A Quiz” has elicited vehement responses swinging in multiple directions. Lots of people — including young, educated, female, and devoutly cultural Jews like me —  loved the piece. We can see ourselves in those situations — with our pets and our relationships — and we can laugh at the self-deprecatory similar parallels.

By now, we all know that exploiting stereotypes — including personal, generational, religious, and cultural — in the name of humor is Dunham’s M.O. Just like “Girls” portrays professional millennial females in a farcically realistic way, the actress and writer’s recent column is just another extension of her patented method and style. “Girls” is a (dark) comedy on HBO. Shouts & Murmurs is in the humor section of The New Yorker. They’re both based on her experiences and identity. They’re both supposed to contain and propagate jokes.

But of course, many found Dunham’s recent publication offensive and anti-Semitic. And unfortunately, it seems like the majority of that outrage came from within our own Jewish circle. Most directly, this outrage represents an overreaction to an intentionally goading humor piece written by one of our own. But on a broader scale, the backlash also elicits a darker truth. It brings unnecessary negative attention to the fractures in our already minute minority Jewish community, dividing our people and pitting us against ourselves. We as Jews face enough hatred from those in this world who actually believe in the vitriol the spew and violence they spread. We don’t need to perpetuate it from within over a humorous essay.

So please. Let’s just laugh this off like the joke that it is supposed to be. Because really, there are few things more Jewish than laughing at, and in the face of, our own adversity.

And yeah, I can say that because I’m Jewish.

Lena Dunham Isn’t Anti-Semitic. She’s Just One of Us