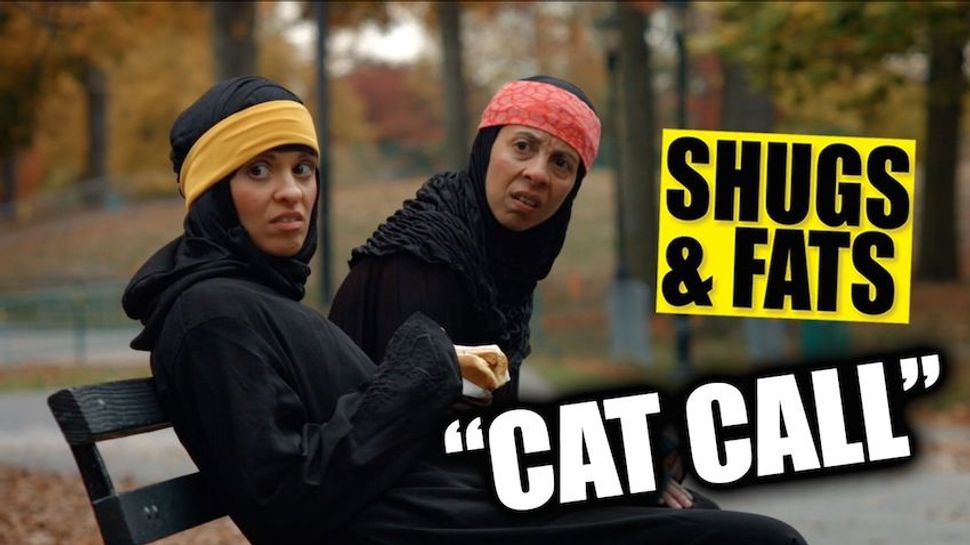 Shopping for vibrators, reverse catcalling, detox cleanses — all set in the environs of Brooklyn? It may sound like an episode of “Broad City” but this comedic duo may be even edgier than Abbi and Ilana. The web series which began its second season this month, follows the adventures of Shugufta and Fatima, “two Hijabis on a quest to reconcile their long held cultural beliefs with a new life in ‘liberated’ Brooklyn.”

The series is the brainchild of comedians Radhika Vaz and Nadia Manzoor, who also star in the show. Vaz and Manzoor, who are of Pakistani and Indian descent respectively, view the series as a way to challenge the stereotypes of Muslim women in America.

“At the end of the day it is simply about two friends who happen to be Hijabis,” says Vaz. “My reason for coming up with the character was simply because I was horrified by the stereotypes of women in general and of women from cultures like mine in particular. As an actor and comedian I enjoy sinking into a character that is so different from who I am yet someone I could have easily been.”

Another Muslim web series, comedian Aasif Mandvi’s “Halal In The Family” also launched this month. But where “Halal” is earnest and heavy-handed, “Shugs and Fats,” is bawdy and unwieldy.

But despite the dirty jokes, “Shugs & Fats” is a keen lens into the challenge of balancing religious identity and cultural assimilation. In fact one could easily compare the hijabi clad duo with their sheitel wearing counterparts in Williamsburg. I smell spin off.