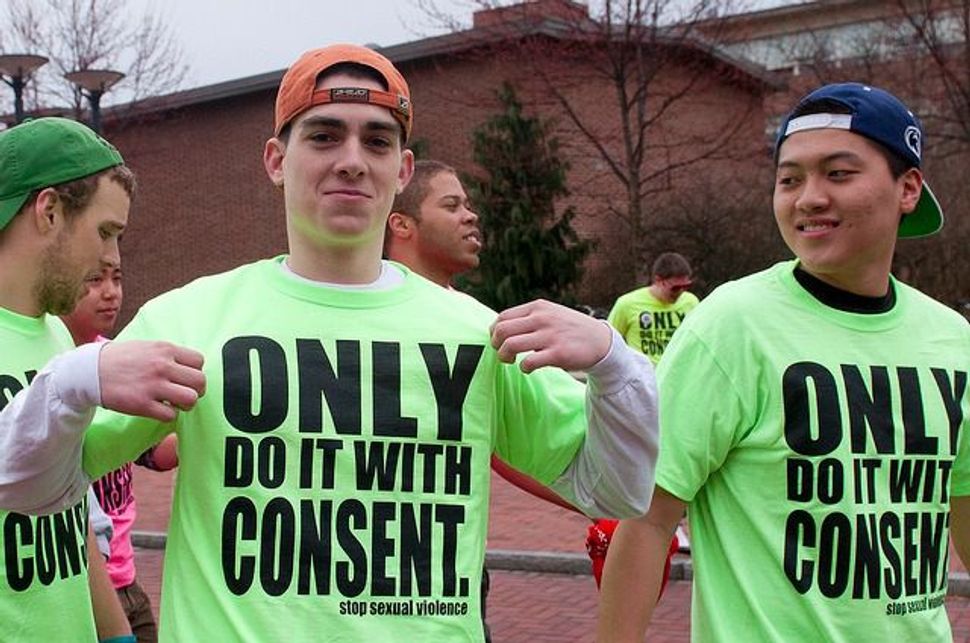 Shulevitz seems most disturbed by the idea that to demand positive agreement to define consent within a sexual encounter will produce too much uncertainty and leave too many people vulnerable to prosecution and criminal sanctions. I agree that any cause that increases the blight of mass incarceration is deeply concerning. In addition, as with any attempt to use the law as an educational force, there are risks. However by only focusing on the potential risks for the perpetrator, Shulevitz left me in the cold. A more robust acknowledgement of the problematic nature of consent would have been helpful.

One of the most painful emotional and psychological consequences of patriarchy, is the colonization of the mind. What I mean by this is how growing up in a male-dominated society means women internalize many untruths about ourselves and we habitually minimize, negate and invalidate our own experience. For me, this has translated on many levels. One thing that it has meant is that before thinking of how something affects me, I am already empathizing with the other, especially when he’s a man (or boy). I always thought empathy was such a good trait that could not be overused or have negative effect. However I’ve come to realize that over-empathizing actually takes responsibility away from the person we are concerned about. And that is exactly what I fear Shulevitz does. By her sole concern on the effect of positive consent laws on the potential perpetrator, she removes responsibility from him (or her where applicable).

I am also willing to acknowledge the harm that patriarchy has and continues to wrought on men, as well as women, and how the conditions of male oppression as well as the massive pornographic industry, do not set men up well to be able to think critically about sex or communicate frankly on the subject.

Shulevitz argues that with affirmative consent laws “sex may become safer for some, but it will be a whole lot more anxiety-producing for others.” But if the law causes people to internalize a sense of worry about making sure their sexual partner is positively consenting (if that’s not on their radar beforehand) perhaps that could be a good idea. It seems strange to me that we would advocate for the need for consent, but then, additionally advocate for the need to keep it ambiguous. Requiring positive consent also educates those who consent to do so with voice and without ambiguity, another important angle of taking responsibility. Instead of leaving things hazy, the law is educating us to speak. In contrast to the general Talmudic concept of consent “That silence is considered as akin to consent”, this “yes means yes” laws are suggesting that perhaps silence is not always sufficient for consent. We need to de-program ourselves from what we have seen in the movies: There’s nothing sexy about remaining silent and not communicating.

In fact, the possibility of consent without positive agreement confuses the concept of consent, especially in a climate of colonization of the mind where one can lose a sense of what one wants for oneself and can act according to what one thinks one should do for another. I know for me personally, I had feminist ideals before I had fully internalized a sense of my rights to say no at any time.

Growing up in patriarchy and in the quasi- pornographic environment that is late Western capitalism, I didn’t see myself as a sexual subject but an object. This meant that I didn’t even know it would be possible to withdraw consent at any time. I was not at the center of my own life, nor did I own my experience as a sexual subject with the capacity for deep pleasure. This took a lot of trust and a big process.

For me it was all about protecting the man and the way in which I was meant to function in service of his desires. And somehow my life depended on it. In line with a sad but common pattern, the men I shared more mutual connection with and commitment I had sexually resisted, but somehow it was the men who I was more estranged from emotionally, that I did things with I wouldn’t want to do with my current partner of 18 years.