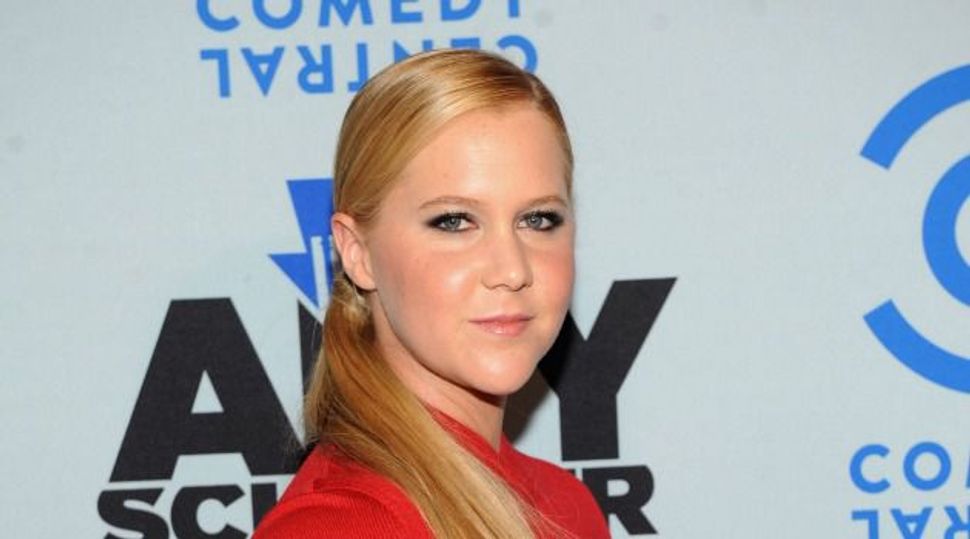 Amy Schumer continued to discuss gun violence in America on on “The Daily Show.” When asked her reaction to the July shooting at a screening of her film “Trainwreck” that left two dead and nine injured, Schumer responded “I was like, legit heartbroken.”

“To hear that news, it broke my heart, she said. “It was so horrible.”

Earlier that day the comedian held a press conference with cousin Senator Chuck Schumer to unveil the politician’s plan to reduce gun violence in America. “I have thought about these victims each day since the tragedy,” she said in her statement. Later adding that her heart goes out to everyone “tied to the tragic, senseless and horrifying actions of this man who shouldn’t have been able to put his hands on a gun in the first place.”

Senator Schumer’s proposed legislation would improve background checks, as well as calling on Congress to provide more funding for mental health and substance abuse programs. “We’re up against a powerful lobby, so having people like Amy – who people respect and listen to – is a great antidote,” Senator Schumer said of his cousin. “She reaches people that, frankly, I would never reach.”

At the press conference Amy Schumer threw her support behind the three-point plan:

“And what Chuck said here, it deserves unanimous support. We never know why people choose to do these things but sadly we always find out how, how the shooter got their gun. It’s often something that should haven’t happened in the first place, and today’s push makes so much sense because it seeks to address the how.

We need a background check system without holes and fatal flaws. We need one with accurate information that protects us like a firewall. The critics scoff and say well, there’s no way to stop crazy people from doing crazy things but they’re wrong. There is a way to stop them. Preventing dangerous people from getting guns is very possible. We have common-sense solutions. We can toughen background checks and stop the sale of firearms to folks who have a violent history or history of mental illness. We can invest more in treating mental illness instead of slashing funding.

Over the weekend an open letter on Medium from Sarah Clements, the daughter of a survivor of the Sandy Hook shooting, called on Amy Schumer to become an active voice against gun violence.

“Amy Schumer, I and many other Millennials look up to you so much. You are our generation’s epitome of what it means to be a strong, powerful, self-aware champion for the experiences and truths of being a woman and an American today,” Clements wrote. “I know deep down that the tweet you sent after the shooting was not all that you’ve got. And we need your voice in this movement. We need your help.”

At Monday’s press conference, Schumer ended by saying, “These are my first public comments on the issue of gun violence, but I can promise you they will not be my last.”