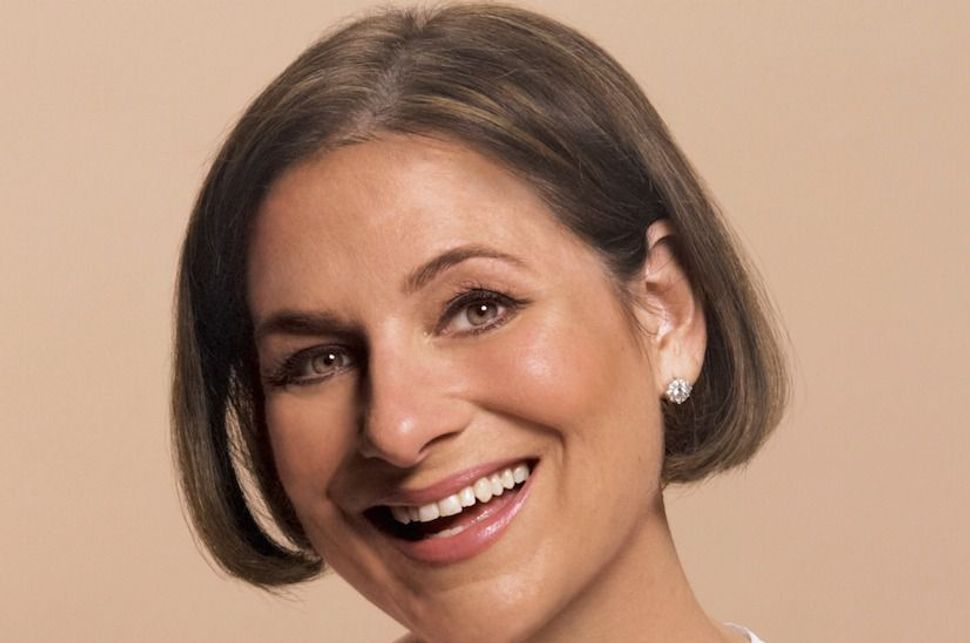 (Washington Jewish Week via JTA) — Jennifer Weiner wasn’t funny during our telephone interview, and she never once asked me about my weight. Could the author of a dozen very popular — pardon the phrase — “chick lit” novels not be the embodiment of the characters in her clearly autobiographical work?

Weiner leaped out of the literary gate in 2001 with her first novel, “Good in Bed,” about a plus-size woman’s right to love and be loved; and she has enjoyed a huge following ever since. Her new novel, “Who Do You Love,” is a story of lifelong love that starts with a chance childhood meeting in the emergency room.

She is to appear at the Washington, D.C. Jewish Community Center on Aug. 12 as part of its Authors Out Loud series.

Weiner, 45, is the mother of two young daughters. Though she confessed being addicted to “The Bachelorette” TV show, her main characters aren’t typical reality show contestants. She has made a career out of conjuring women who have body-image problems, fall in and out of love regularly and are generally relatable to the rest of us.

Her characters are also often Jewish. Various of them have attended seder, sat shiva, discussed circumcision and baby naming, dealt with a Jewish mother and even drank Manischewitz wine.

“I am Jewish, and that’s what is familiar to me,” Weiner (pronounced “whiner”) said. “All my characters are outsiders. They are all looking at the world trying to make sense of it from their own perspective. That is Jewish, looking at things differently, a different perspective.”

Weiner, who studied English at Princeton University, grew up in the Reform movement and attended Jewish summer camp. She is giving her daughters, Lucy, 12, and Phoebe, 7, a more religious upbringing. “We are observant,” she said.

On her book tours across the U.S., she looks forward to the stops at Jewish community centers. “I feel like we all went to summer camp together. It feels natural,” she said.

More than the Jewish experience, though, Weiner’s novels are about being female. There’s always one character who hates the way she looks – whether she thinks she’s overweight, pimply or just not the model type.

“I am definitely interested in critiquing that experience. What it’s like to be a larger woman in America, the way you are treated,” said Weiner, who has stirred up controversy on the subject on her blog and Twitter.

There’s a whole industry devoted to getting you to change your looks, she said. “It’s one of the ways women continue to be oppressed.”

When she prepares for a television interview, Weiner does her hair and makeup and takes times to choose the right dress and matching shoes — being careful to avoid the disaster of repeating an outfit from a past interview.

“A guy washes his face and puts on a nice tie,” she said. “What is that costing [women] in terms of time and money?”

Weiner is acutely aware that her daughters are watching her get dolled up and likely taking away a different message than “It’s what’s inside that counts,” which is what she tells them all the time, she said.

Despite all the effort to project the right image, women are taken less seriously than men as authors Weiner opined.

Science fiction and thrillers by male authors like Stephen King, John Grisham and Dan Brown are widely reviewed, she said, but when a woman writes a fast-moving beach book, or chick lit, it often doesn’t get the same consideration.

“For years and years and years, they would not touch romance [novels], yet they are such a bigger seller with a huge audience,” she said. “To me, it seems like a very clear double standard. I just think with women there is this lazy equation, if it’s popular, then it’s crap.”

“I am OK with not writing literature,” she continued. “That is not the league I am playing in, and that is fine, but it does not mean what I am doing is worthless.”

Still, her latest novel has a notably more serious tone than her past work.

“Pretty much all of my books had romantic elements to them,” she said. But “Who Do You Love” is “a straight love story.”

The main characters meet in the hospital when they’re both 8 years old and spend the rest of the novel moving in and out of each other’s lives. Sometimes they’re great for each other; other times, not so much.

From her first novel, Weiner has shown a mastery of the telling detail – describing the buildings characters are passing, what they’re wearing and exactly what they’re eating.

She credited her first career as a daily newspaper reporter in Pennsylvania and Kentucky with teaching her to pay attention.

“I am grateful every day that I had that experience. I think there is so much you learn in being a reporter,” she said, also mentioning the ability to meet deadlines and to “be edited with grace.”

Weiner writes while her daughters are at school. Once she gets them out the door, she exercises for about an hour, checks her email and eats an early lunch. From 11 a.m to 3 or 4 p.m. sits down and puts cursor to Word document.

Her office is a closet in her home in Philadelphia. But we’re not talking about a dark, cramped room filled with brooms. It’s more of a “Carrie Bradshaw closet,” she explained, referring to the uber-chic star of HBO’s “Sex and the City.”

Whether she is writing about love, drug addiction, a political sex scandal, infertility or just daily life, Weiner said she wants her readers to become “invested in the characters.” By the time they’ve finished the story, she said, “Hopefully, there is something there to think about.”