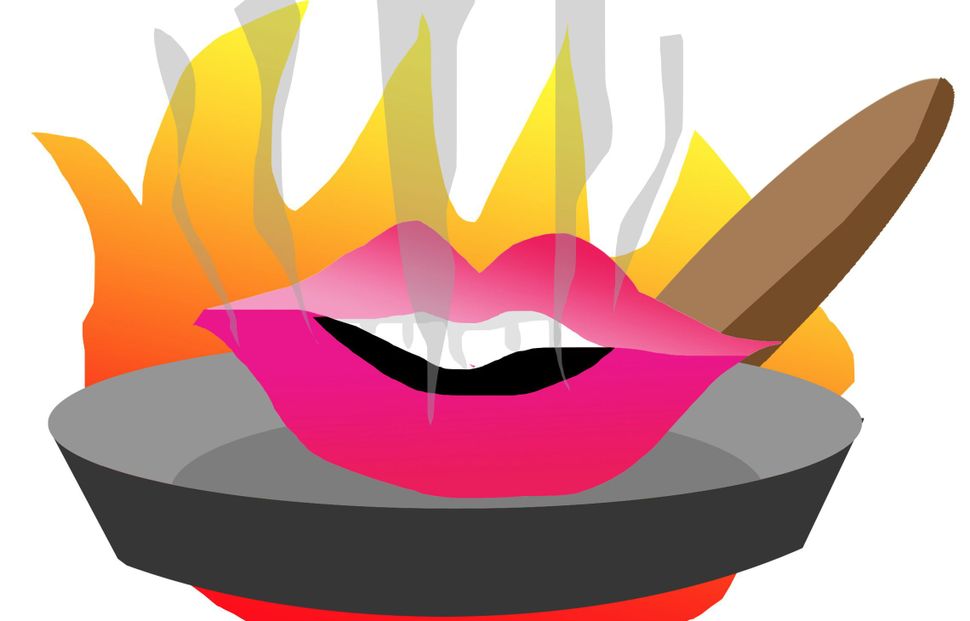 In the opening scene of the 1988 Oscar nominated film “Working Girl,” Tess McGill mentions she has speech class that evening. Her friend Cyn responds, “Whaddya need speech class for, ya talk fine!” The question of whether women “talk fine” is not a new conversation. But this summer, women’s language choices and speech patterns have come under serious attack from a surprising source — other women.

Back in June, an opinion piece titled “Why Women Apologize and Should Stop” by Sloane Crosley ran in the New York Times. “The sorrys are taking up airtime that should be used for making logical, declarative statements, expressing opinions and relaying accurate impressions of what we want,” Crosley explains.

Shortly after that, Business Insider published a piece by Ellen Petry Leanse, formerly of Google and Apple, instructing women to cut out the word just. Her problem with just is the following: “Yet I began to notice that “just” wasn’t about being polite: it was a subtle message of subordination, of deference. Sometimes it was self-effacing. Sometimes even duplicitous. As I started really listening, I realized that striking it from a phrase almost always clarified and strengthened the message.”

Soon after, Naomi Wolf came out staunchly against vocal fry in the Guardian. She is far from the first person to engage with this vocal phenomenon, but to have one of today’s most influential feminiss call the trend “heartbreaking” and the women who engage in it “less competent, less trustworthy, less educated and less hireable” can’t help but draw attention.

What makes this such an interesting cluster taken together, is that each of these writers are asserting an idea that they believe will make women stronger. Under the umbrella of helping — or even empowering — their fellow women, these writers have come out to offer commentary, support, advice, or in some cases demanding change in the name of climbing the corporate ladder. But is all of this commentary and advice is truly helpful?

Honing in on “just,” vocal fry, and other word and vocal choices do not help women become stronger — in actuality this “advice” sends mixed signals to women, particularly my millennial peers. How are we supposed to navigate this information? Should we change because women with years of experience advice us to alter our word choice and vocal chords? Should we stay the same because there is power in that as well?

Shane Ferro discussed these empowerment concerns in response to Leanse’s piece. “The problem here isn’t the women who hedge their words; it’s the people who believe policing them is somehow a service,” she explains. In the name of “service,” what appear to be empowering, becomes the complete opposite. “Urging women not to use specific words is not about empowerment. It’s about selling women something by putting them down. And that’s ultimately destructive to the mission of getting women ahead in the workplace.”

Ferro raises an excellent point. A power dynamic is created when women say to other women, “You should not do x, y, or z.” If the idea is to empower women, an unbalanced power dynamic does not help. If anything, it causes friction and divides women. All of sudden you are for or against empowerment depending on what side you take. In the end, no one gets empowered.

To truly empower women, maybe the conversation needs to change. One place to start is by focusing on what women do successfully opposed to focusing on the perceived mistake. Instead of going straight for the critique, we can redirect and think about a compliment. We can begin to collectively ask questions like, what is that makes women powerful communicators. Perhaps if we start begin to shift the conversation, the true empowerment can begin.