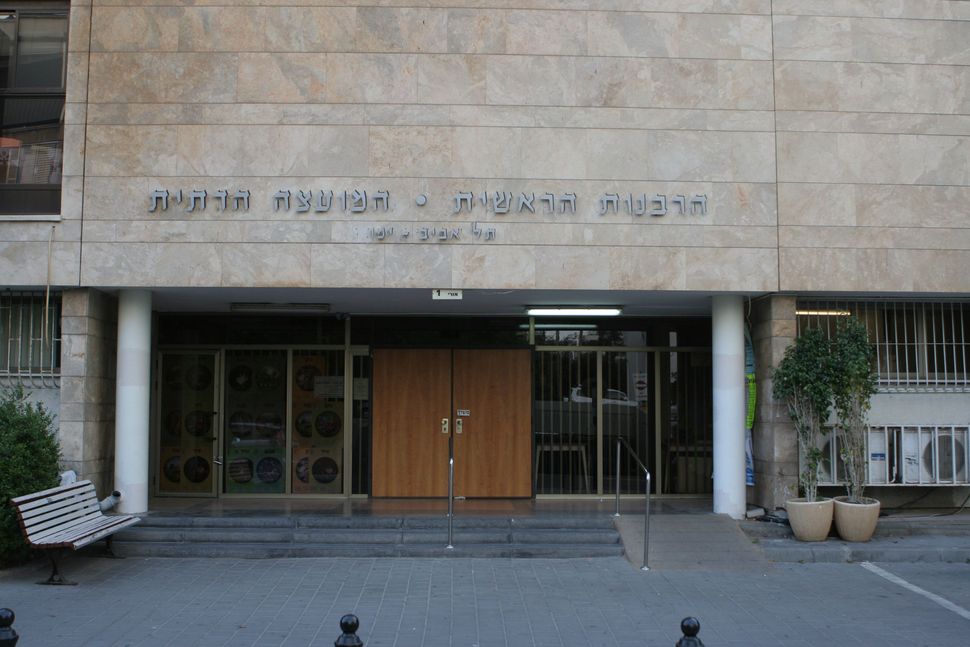 Last month, the Religious Courts Appointments committee met all day and into the night behind closed doors to determine who will be a dayan, a religious court judge in Israel. The good news for women is that 22 new dayanim will unlock the religious courts where the high number of judicial vacancies kept women from obtaining a Jewish divorce. For the past five years the appointment process has been frozen by politics.

But keep in mind: these courts decide not only who will rule on personal status issues such as marriage and divorce—but also who is a Jew, where one can be buried, and what food one can eat. In other words, the fate of the Jewish people for generations is being determined by the religious courts appointment committee. And yes, that includes the fate of the Diaspora Jewish community too. Rulings in Israel’s religious courts are heard round the world and the dayanim in Jerusalem try to influence who will decide for the Diaspora as well.

During the years the committee remained inactive, increasing pressure from a coalition of activists secured the addition of four women to the previously all-male committee. They include MK Revital Swed, one Toenet Rabbanit [an Orthodox female advocate who represents women in rabbinical court], the Minister of Justice (who happens to be a woman), and a women representative from the Israeli Bar association. Although these women come from different political persuasions, they stood together to block the appointment of several ultra-Orthodox rabbis who are not noted for fair treatment of women in their past decisions. When the meeting ended at three in the morning, the result was 14 new judges appointed who are haredi (ultra-Orthodox) rabbis, and eight new judges whom I would call somewhat “enlightened” Orthodox rabbis.

Make no mistake: this is an inner-circle fight for power among the Modern Orthodox, the Orthodox, and the Ultra-Orthodox. The Reform and Conservative movements are not even considered. It’s a struggle between the enlightened candidates who have contact with the secular and/or less-observant Jewish world and the unenlightened who may have never been to a movie, may not have a high school diploma, and avoid using these courts anyway, preferring their own more orthodox private rabbinical courts.

How have the Orthodox been given so much control over the lives of women and men who are not observant in the same way? It all goes back to the coalition system where the government must have 61 votes to pass legislation. Without the ultra-Orthodox parties to support them, this government fears it will fall. The horse-trading of the committee members behind those tightly closed doors reflects the battle among political parties to control the Knesset. The same politics affect the decision-making on whether there will be off-shore oil drilling, whether there will be a peace agreement with the Palestinians, and perhaps who will be the next Prime Minister. Issues such as who will rule on my grandchildren’s Jewishness, whom they may marry or couple with, and where they can pray have been offered up as sacrificial lambs to maintain the government’s coalition.

So it is way too soon to call this a victory for women. In Israel there is no separation of religion and state. The four women on the committee believe in a rabbinical court that works in the best interests of the community it serves, yet several enlightened orthodox rabbis who were nominated to be judges were vetoed because they dared to disagree with the establishment. And additional vacancies have yet to be filled.

Ironically, a petition to Israel’s High Court of Justice was submitted by an ultra-orthodox former member of the nominating committee protesting not only the legality of the appointments but the process as well. The Court is due to hand down its decision immediately following the Sukkot holiday.

The women on the committee received overwhelming support from women worldwide who gave them the strength and determination to keep this issue in the public eye. Members of the National Council of Jewish Women and our coalition partners in ICAR (the International Coalition of Agunot Rights) sent hundreds of letters and petitions to Minister Yuval Steinitz, chair of the committee, urging a fair process in the appointments. It appears that leadership in the Israeli government took notice: the committee meeting was almost called off.

So see this as a cry to act in the New Year. The voices of all Jewish communities must be heard and the committee members and those who pull their strings must be put on notice that we are watching.

Shari Eshet is the director of the Israel office of the National Council of Jewish Women.