How One Transgender Camper Helped Shape the Entire Reform Movement 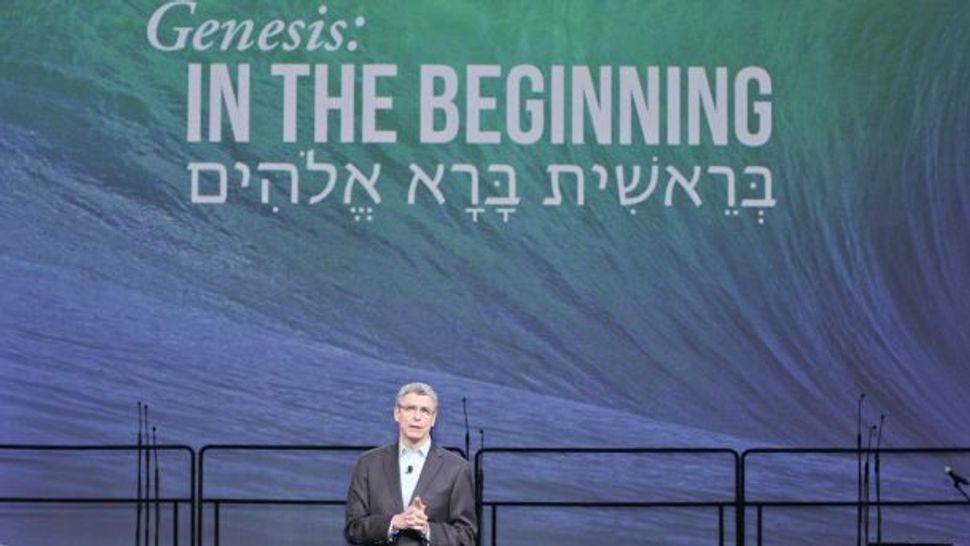 Playing a supporting role in a major human rights advocacy campaign is both gratifying and humbling. As we mark Transgender Awareness Week, I applaud the recent commitment that my fellow 1.5 million Reform Jews have made to the full equality, inclusion, and acceptance of people of all gender identities and gender expressions by overwhelmingly supporting a on the rights of transgender and gender non-confirming people. For me, it began with one person, a girl named Hannah.

Hannah had previously attended camp as a boy named Jonah. At age 11, Hannah’s family approached us asking if we would welcome her at camp that summer as she transitioned socially to a girl. That began a process designed to enable us to say, yes, Hannah would be welcome at URJ Eisner Camp, just like other girls her age.

It was more than two years ago when I sat and talked with Hannah for the first time. That was a defining moment for me. That was the moment I understood. It’s not a joke when someone says, “I’m trapped.”

I still had a lot to learn, but any concerns about negative responses from other parents, and questions about cabin arrangements and restroom facilities, all seemed so small and inconsequential. This was simply about one little girl wanting to enjoy a summer at the Jewish camp she loves.

That’s when it was decided. We would go through a thorough and thoughtful education process – for myself, our families, campers, and staff – so we could provide a safe and appropriate camp atmosphere for Hannah and everyone else who comes to camp, just as we’ve always done. In exactly the same way as all our 2,000 campers each summer, Hannah is totally true to who she is, as a person, friend, and Jew.

We hope that Hannah’s story provides inspiration. It’s because of Hannah and her family that Eisner is recognized as the first traditional camp to welcome a transgender camper as they identified. And in the summer since, as we hosted another transgender camper and several transgender staff members, this inclusiveness has now been woven into the fabric of Eisner Camp as another element of the open, accepting community we create.

There is transformative power in Jewish camping. Every child who spends a summer at URJ camps returns home a little wiser, a little more self-confident, and a little more connected to the Jewish community.

We create an environment that celebrates the diversity that strengthens our camp community. Everything we do aligns with the values that Reform Judaism stands for and teaches: that everyone can feel at home in Jewish experiences. That Judaism must meet people where they are today to thrive for tomorrow. That the Reform Movement’s inclusive, innovative approach brings more people closer to the core of Jewish life.

The bravery of one child and her family gave us the strength and resolve needed to do what was right and just and Jewish. Without fanfare or PR, we simply approached this learning process with the same level of integrity as we do for everything related to our campers and families. Education, understanding, and community together paved the way.

Just last week, the entire Reform Movement – representing 1.5 million individuals in North America – has considered and now formalized a position that affirms our commitment to the full equality, inclusion, and acceptance of people of all gender identities and gender expressions. Since the URJ’s Resolution on the Rights of Transgender and Gender Non-Conforming People was unanimously adopted at the Union for Reform Judaism Biennial, the outpouring of pride has been overwhelming.

We don’t always get it right, and sometimes we do too little, too late. Certainly, there are those that wish this moment had come years earlier. Yes, we all do. It was those past experiences and people that have also brought us here now. The Union for Reform Judaism and its membership and its camps and youth programs are ready to be Nachshon, to be first to lead, to do what is right, to do what is Jewish.

Personally, I know and feel a greater sense of responsibility than when we first made the decision. Two years ago, it was really about this one beautiful child, today it is about all of these beautiful people.

The time is now, also, for the greater North American Jewish community to help ensure that transgender citizens do not suffer discrimination. With leadership demonstrated by this year’s Forward 50, we appreciate the momentous steps of these influential individuals in helping lead us toward a world of wholeness, justice and compassion.

Louis Bordman is the senior director of URJ Eisner Camp.

How One Transgender Camper Helped Shape the Entire Reform Movement