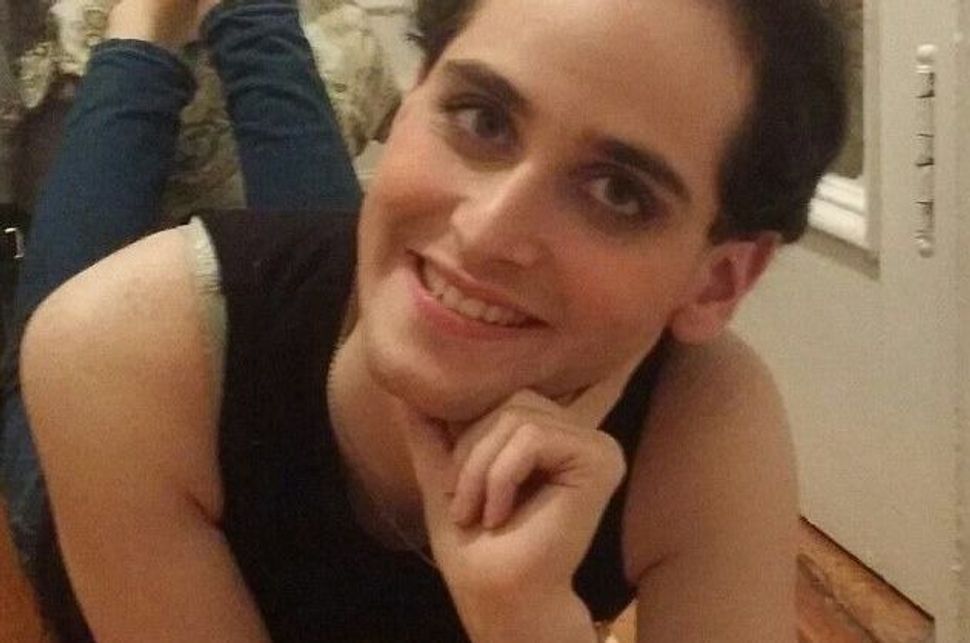 The first thing that Abby Stein wants the world to know is that she did not leave her ultra-Orthodox community solely to become a woman. Since she came out this past August, Stein has been garnering attention as the transgender ex-Hasid. Although she acknowledges that the two events in her life are “intertwined,” she says her initial leave taking from her Hasidic sect “had to do with beliefs. I was done with Judaism, and for over a year, I had nothing to do with it.”

Stein chronicles her transgender experience and her religious transformation on her moving blog, The Second Transition. In one of her first posts she wrote, “[t]here is something amazingly relieving about ‘knowing’, knowing and coming to terms with the reality I have been trying to run away from for years — I am a girl.”

Abby, who is 24, was born in the Williamsburg section of Brooklyn to a notable Hasidic family that boasts a long lineage of rabbis. The sixth of thirteen children, Abby began her life as a boy named Srully Abraham Stein. “I went to an all-boys Hasidic school,” she says, “where the was no real English or math education. By the time I finished eighth grade I knew English on a second grade level. From ninth grade on, it was purely Jewish studies. It’s amazing that I managed to be as sheltered as I was in New York City. But thousands of people are being raised in New York like I was with no English.” 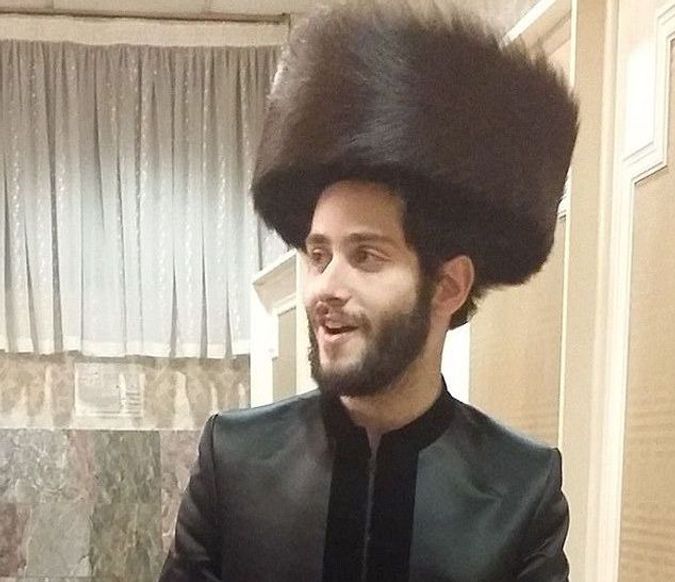 English is, in fact, Stein’s second language and she speaks it with a slight Yiddish inflection. Her parents were strict about not allowing any outside influences into the home. The family only read books in Yiddish or Hebrew and Stein followed the common trajectory for a Hasidic youth. At 15 she went to a Yeshiva boarding school in the Catskills. At 17 she was engaged and at 18 married By 19 she was a father. Shortly after the birth of her son, she left Williamsburg for good.

In her post-Hasidic life Stein enrolled in English as a Second Languag (ESL) courses at Rockland Community College. “I forced myself to only read in English,” she recalls. “I would read two pages and get dizzy because I didn’t understand every second word.” With the support of an organization called Footsteps that helps ultra-Orthodox Jews who have left their communities, she eventually earned a high school diploma and took the SATs. She is currently a student at Columbia University’s School of General Studies.

Stein counts Columbia as one of her safe communities. “In my program we have a lot of ‘non-traditional’ students.’ I have a friend who was raised Amish and the way we were raised, I have more in common with her than with Modern Orthodox Jews.”

Stein also began anew as a Jew when she discovered Romemu, an organization affiliated with the Jewish renewal movement. Stein playfully describes Romemu as “a bit hippyish, very liberal and neo-Hasidic. When I first went to Romemu I walked in on the rabbi’s sermon and heard him mention God. I thought, ‘This is not interesting. I’m done with God.’ But I gave it another chance and met with the Rabbi.” Stein says that the rabbi, David Ingber, humorously diagnosed her with “Post-God Traumatic Disorder. “It happens to people who come from stringent religious backgrounds,” she jokes. “We don’t want anything to do with God. But I started going back and the movement resonated with me. It was the first ideology that gave me the ability to let go of hardcore philosophy.”

But Stein remains a philosopher at heart. She intentionally chose the name Abby, Avigail in Hebrew, for its literal meaning. “Avigail means father’s happiness. It also has the same root as my still legal middle name Abe. I like that the name also begins with an aleph and a bet [the first two letters of the Hebrew alphabet]. The name resonated with me.” She further notes that her struggle with gender identity at a young age “pushed me into reading outside of the box. I bumped into ideas. I read the Prophets when I was 12 and saw there was a lot of disagreement, a lot of dialogue. [All the while] I thought, ‘I’m a woman. It’s crazy. Maybe my problem is religious. Maybe it was the community.’”

Not surprisingly Stein’s former community, as well as her family, has rejected her as Abby. When Stein first left ultra-Orthodoxy, her relationship with her parents was at best precarious, but they stayed in touch in the hope that Stein would return to Hasidism. She stalled on telling her parents about her transition and finally told her father only last week that she was now Abby. “I tried to explain [my transition] to him in a Jewish context citing Talmudic sources. He was in shock and told me that he would have to decide if he could talk to me. I haven’t heard from him yet.”

As for the future, Stein intends to focus on gender studies at Columbia. She wants to do policy work relating to LGBT issues and perhaps earn a Masters degree in Public Administration. Just this week she started a Facebook group for people in the Orthodox community struggling with gender issues.

And in a few weeks she will formally become Avigail at a ceremony at Romemu and legally and permanently Abby in the world at large.