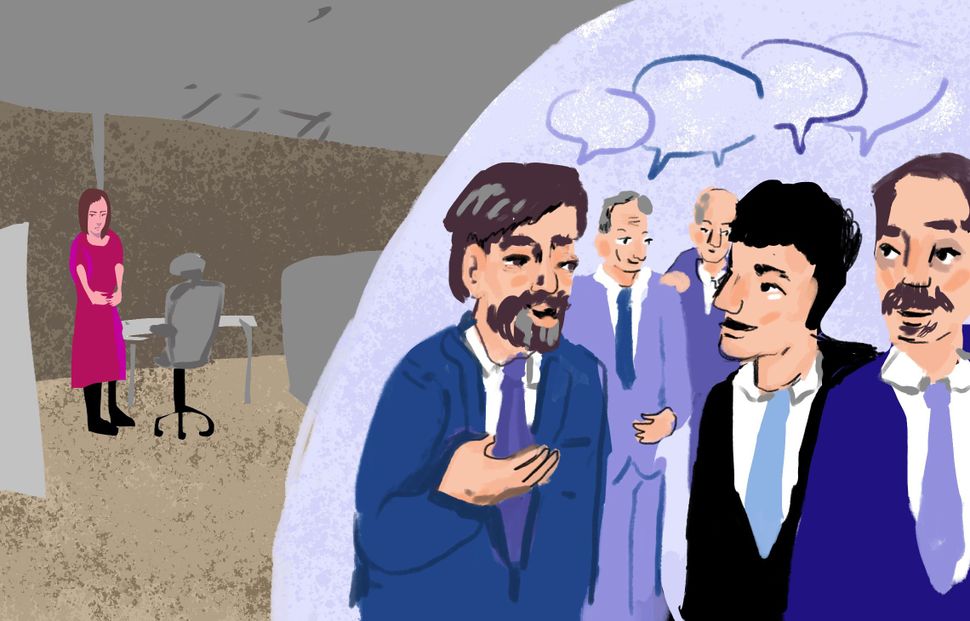 Forward readers were surveyed about their experiences in the workplace. Here are some responses:

“I realized that my emails included ‘just,’ ‘don’t want to bother you,’ ‘if that’s okay.’ Men’s emails include statements. I was making way too many excuses and apologizing for having ideas and taking up space.”

“If you are in the right place, have proven your worth to the organization and have a lot of mazel you could climb the corporate ladder. If not, moving to the next job may be the only way to get ahead.”

We asked readers to list words used to describe WOMEN in the workplace. These came up most often: 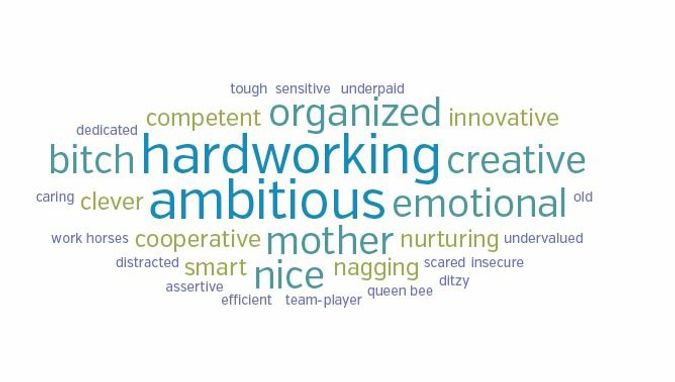 “At this agency, many women are in management positions; they serve as mentors to other women to guide us to higher positions. They act as liaisons between management and the auditors; they present positive attitudes about our work environment.”

“Negotiated a salary increase from my female supervisor who considers herself a feminist and encourages our department (all female, except for one male) to stick up for ourselves in the workplace and never be afraid to ask for what we’re worth. She got extremely defensive when I said that the promotion I was receiving was deserving of a higher increase in salary and I listed out the reasons why. It turned into a huge disagreement and it seemed like she was just a lot of talk. She said that I came off aggressive when really I was just doing exactly what she had coached us to do all along. Seemed very hypocritical.” 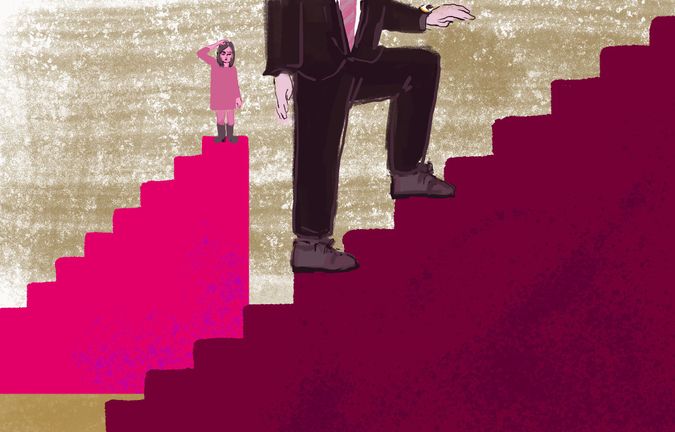 “Coming into my workplace, I thought feminism was something of the past, until I looked around and realized I was the only female who was not support [staff] in my 30-plus-person department. I was the lowest person on the totem pole, yet the only female. My current department has more diversity, but the weighting toward men is significant and unlikely to change anytime soon, as the struggle is retaining women, not just recruiting them.”

We asked readers to list words used to describe MEN in the workplace. These came up most often: 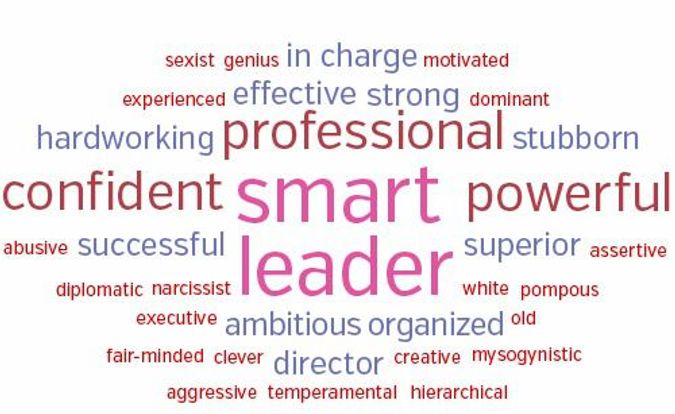 “How about our inability to move up the ladder? In the organization where I work, the men are in charge, even though there is a woman in a very senior position. Their attitude toward this woman is imbued with condescension, sarcasm and outright hostility. She may be at the top of the ladder, but it was a very resented move.”

“There is no difference between men and women without children and those with grown children. Women with young children who need to work their schedules around their children’s needs are [different]. I felt I would not be able to move up as long as I needed to work with a flexible schedule.”