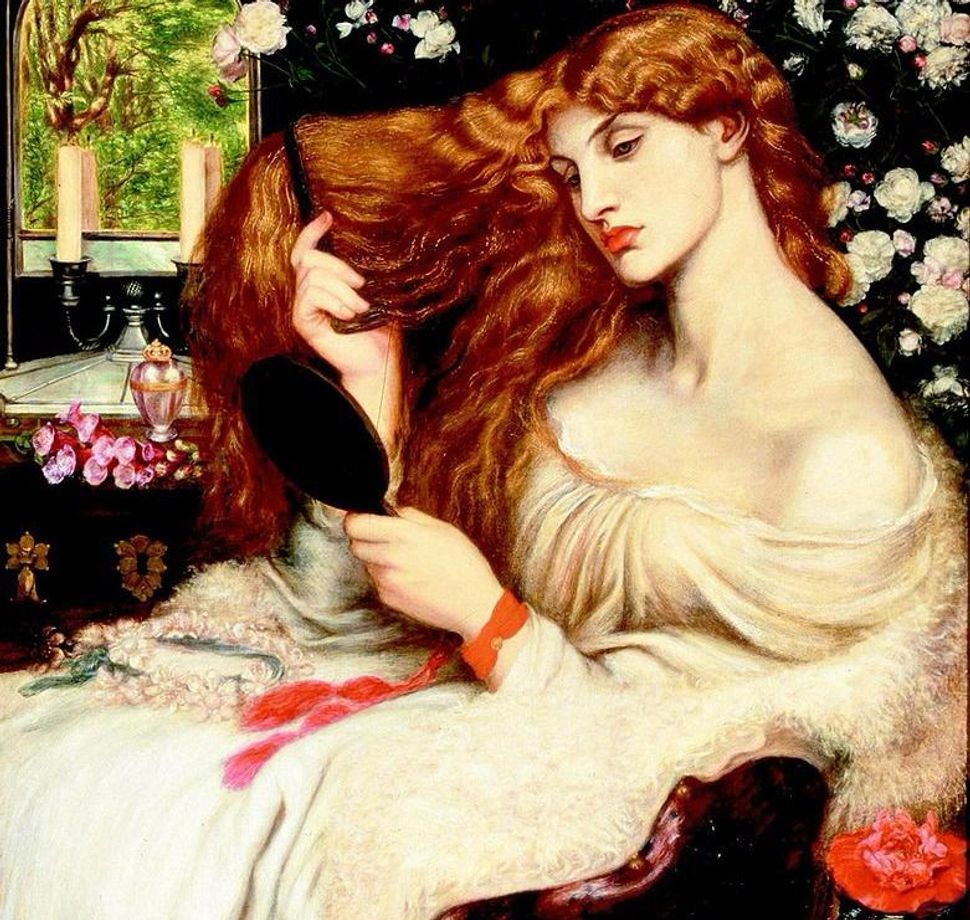 Lilith, the first partner of Adam who rejected the subservient role that Adam and God tried to foist upon her, has been an inspiration for feminists for generations. As I was beginning my own young vocalizations and learning the power of naming things in my world, Judith Plaskow re-envisioned the traditional tale of Lilith in her 1972 essay, “The Coming of Lilith.” Plaskow imagined an alliance between Lilith and Eve: after the two shared stories from their lives, “the bond of sisterhood grew between them.” In this way, Lilith became an example of the power of consciousness-raising for Jewish women.

In 1976, when I was just beginning to attend school all day, the “independent, Jewish, and frankly feminist” magazine, Lilith, debuted, enabling a sustained conversation about Lilith in our lives. In 2016, Lilith celebrates its fortieth anniversary along with two other august feminist publications, Calyx and Sinister Wisdom. Throughout my entire life, feminists have engaged Lilith, seeing her as a rebel, a feminist, a source of power, longing, defeat, and triumph. These on-going feminist conversations with and about Lilith made me feel almost trite when I turned to her in my newest collection of poems, “Lilith’s Demons.” Yet, there she was sending me poems in the middle of the night. What choice did I have but to listen?

So I listened and listened. Lilith and the one hundred demons she births every night filled my mind and my notebook one summer with poems. I wrote the poems in the haze of early morning insomnia then revised them and shaped the book in conversation with other Jewish poets and scholars thinking about Lilith. Plaskow’s work was crucial in my thinking and reading. So was the work of Marge Piercy and her poetic midrash. The collection, “Which Lilith?: Feminist Writers Re-Create the World’s First Woman,” edited by Enid Dame, Lilly Rivlin, and Henny Wenkart, was an invaluable compendium for me of thinking about Lilith.

The power of and her poems about Lilith are ones to which I return repeatedly. Like many poets, I have a passion for writers who are overlooked — for writers not recognized in traditional ways. Dame (1943-2003) is one of our great under-heralded poets. She lived most of her life in New Jersey and Brooklyn. With her husband, poet Donald Lev, she edited and published “Home Planet News.” Her last collection, “Stone Shekhina” (Three Mile Harbor Press, 2002), highlights her gift for poetic midrash offering powerful poems about Lilith and other important Jewish women. Earlier collections, “Anything You Don’t See,” “Lilith and Her Demons,” “On the Road to Damascus, Maryland,” and “Between Revolutions,” demonstrate Dame’s continued engagement with (and I imagine even obsession with) Lilith.

Lilith, I don’t cut my grassas

you never cut your hair.

I picture you in my backyard

where it’s always cool and ferny,

where jewelweeds grow taller than trees,

Dame’s Lilith is an imagined companion for the speaker. The parallels between Lilith’s personal hygiene and the speaker’s yard suggest not only a sisterhood but also camaraderie between the two. Lilith lives comfortably in the back yard of Dame. Lilith is not limited to an ancient middle eastern landscape; she can thrive in the contemporary urban and suburban.

While mythology holds Lilith as a young woman just beginning her life with Adam, in Dame’s imaginary, Lilith grows old along with her. Later in the same poem, Dame continues:

I still bleed but for how long?

Dame contrasts her body with the corpus of her yard:

where everything is liquid:

where roses sag and break their waters,

tomatoes offer up their juices,

you dip your toes in green mud.

Lilith embraces the liquidity, dipping her toes in the green mud of Dame’s yard. The parallels between Dame and Lilith, between life and the garden, between Dame’s garden and Lilith’s rejected garden of Eden, invite us to imagine Lilith as a contemporary companion. Dame follows with this stanza:

to buy me a power mower.

How can I tell them

There’s too much let loose in the world.

It’s one gift I don’t need.

Here Dame makes a poetic move I love: she explicates and analyzes power in the world. There is “too much let loose in the world,” she tells us. In the subsequent stanza she likens the coming of the Messiah to the neighbors’ desires to kill the weeds in her garden. She and Lilith stand against such violence. They hew to a contemporary pastoral of overgrown gardens and unkempt hair.

Dame’s vision of Lilith started my own conversation with her.

My Lilith is different from hers. For Dame, Lilith is a contemporary—a Jersey girl living in the real world. Dame’s Lilith is embroiled in the dailiness of life, along side Dame herself and the women reading Dame’s poems. Dame’s Lilith is folksy, a woman of today.

My Lilith is more imperial, angrier, more vengeful. My Lilith is a manipulator creatrix working behind the scenes. My Lilith is a trickster. And her demons? Well, I confess, I love each of them in spite of or because of their nightly activities.

The idea that each night demons are born anew—new names, new missions in my imagined world — inspires me. Lilith and her demons offer possibilities to remake ourselves, our lives, and the lives of those around us. My Lilith continues feminist conversations from the past five decades and hopefully propels continued chatter over the next century.