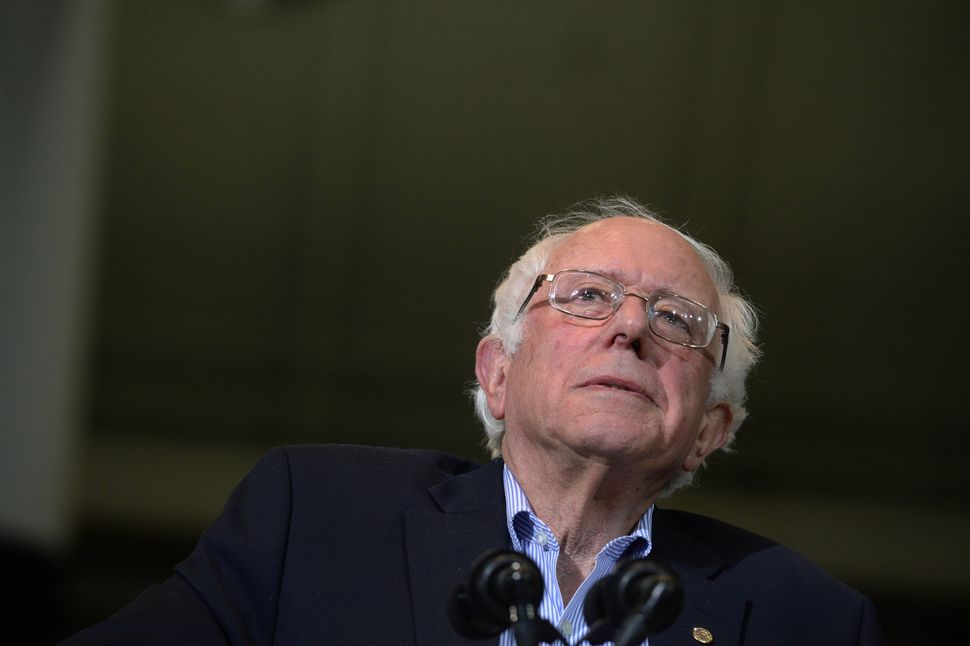 I’ve learned something in the last few months. Disagreeing with my sisters – especially my feminist sisters – is not something I’m terribly comfortable with.

Since declaring my allegiance to Bernie Sanders in the Democratic primary against Hillary Clinton I’ve gotten a hell of a lot of side eye (and worse) from people that I usually agree with – on everything from reproductive rights to slut-shaming to the wage gap to the beauty myth. This is happening on Facebook and Twitter and IRL. I’ve been accused of being a traitor, of being a “bad feminist,” and of simply not caring about women’s issues. Worst of all, I’ve been accused of putting my “other issues” above being a feminist – as if my feminism could somehow be compartmentalized. All of this hurts my heart – but it will not change my mind.

What my friends don’t seem to understand is that I’m not for Bernie in spite of my feminism – I’m for Bernie because of my feminism. My admiration for Bernie goes way back to when he stood up as one of the first in Congress to oppose the war in Iraq, in the long tradition of feminist war-resisters. The environment is a woman’s issue, and Bernie has been talking about climate change for decades. His record on reproductive rights is perfect – and he constantly speaks out in favor of protecting Planned Parenthood as a stalwart fighter for women’s health. The list of his progressive bona fides is long and storied.

But I was really swept away when Bernie’s first petition to overturn Citizen’s United landed in inbox circa 2010. That’s when I started hanging on his every Brooklyn-ese inflected word. This Supreme Court ruling effectively ended our democracy, and the preservation of our democracy is a woman’s issue. We only got the right to vote less than a century ago, so when SCOTUS decides that our votes matter less than Super PAC money does, we must stand up and fight.

Bernie walks his talk, and has for his entire life. Yet my belief in his ability to change our broken system doesn’t mean that I’m throwing women under the bus. It’s long past time for a woman to hold the highest office in the land, but I want that woman to truly represent my politics. Hillary, for all the good she’s done (I will happily admit she’s done plenty of good, especially for children) isn’t that woman. Does that make me sexist? Of course not.

Agreeing with Bernie on policy doesn’t mean I dislike Hillary’s personality. It doesn’t mean I think she’s power hungry, overly aggressive, an opportunist or any of the other cruel, misogynist accusations that have been leveled against her since the start of her career. If anyone dares to break out a sexist smear against Hillary in my midst, you can bet that I’ll leap to her defense. I teared up when she talked about the 1000 cracks in the glass ceiling in her concession speech in 2008. I want us to crack those: I want a woman to be president and I want it to happen sooner, not later.

But I don’t want this at the expense of my values. And wanting a better country, a fairer country, a more progressive country, a country that tilts further to the left than it ever has, does not make me sexist. It makes me an inclusive, intersectional feminist who believes the rights of poor women, of women of color, of trans women, of all marginalized women matter just as much, if not more at this particular moment in history – than wealthy ones.

It’s notable that many of the women I’ve heard from are white, affluent and in their late forties and fifties. I too am in my early forties, but I seem to be more in line with millennial women when it comes to Hillary for some reason. The all-caps rant that’s been making the rounds the last few days, one that many of my friends have posted, posits that the “liberal backlash” against Hillary is all about male privilege. But maybe it’s also that young people know the difference between neoliberal policies and progressive ones.

While I’m at it, I should say that being for Bernie doesn’t mean I’m against President Obama. The Clinton campaign, in addition to insinuating that all Bernie voters must somehow be anti-feminist, has also subtly suggested that we’re Obama-haters, too. That’s bunk. I love our current POTUS, I voted for him twice and even campaigned for him. That doesn’t mean that I agree with all of his policy positions. Campaign politics live mostly in a world of mutual exclusivity. But that kind of rhetoric should be coming from actual operatives of the any given campaign – not the voters who should know better – especially women voters, whom I’ve always known to be the smartest, savviest, and most committed voters of all. We’ve got to get beyond the, “If you’re voting for Bernie, you must hate Hillary” phase of this campaign, and we must get there fast, because the stakes are way too high.

In the most recent one-on-one Democratic debate in New Hampshire, Hillary accused Bernie’s campaign of using an “artful smear” by suggesting that she’s not progressive enough. But with her campaign’s surrogates openly talking about “Bernie bros” and slyly suggesting that Bernie himself must be sexist if he attracts such followers, who is smearing whom?

We’ve never had a candidate like Bernie, and not just because he’s a Jew from Brooklyn who hasn’t hidden from his roots. He’s not polished, and that’s part of the appeal. When a candidate has never, ever put his finger in the air to see which direction the wind is blowing, you can be surer that he’ll stick to his promises once elected.

Just as some women are triggered by the clueless things that (a minority of) male Bernie supporters say in public, I’m triggered by people who say Bernie talks too loud and points too much. Remember a few weeks ago when Ted Cruz talked about Trump’s “New York values” and we all knew he was talking about the Jews? Well, what do you think people are really saying when they complain about Bernie’s old-school Brooklynesque affectations? Truth be told, I’m not voting for Bernie because he’s Jewish, or because he grew up in Flatbush and went to Madison (my mother went to the neighboring high school in Midwood). I’m not voting for him because his sense of humor feels familial or because he loves the Brooklyn Dodgers like my dad does or because he played a pitch-perfect rendition of a rabbi in a 1990s indie movie. I will be voting for Bernie, and barnstorming for him, and doing whatever I can to get him elected not because he would be the first Jewish president – but because I think he’s the best person for the job.

So my dear feminist sisters, I still love you, and I hope you still love me, but I am a feminist for Bernie, and I will not apologize.