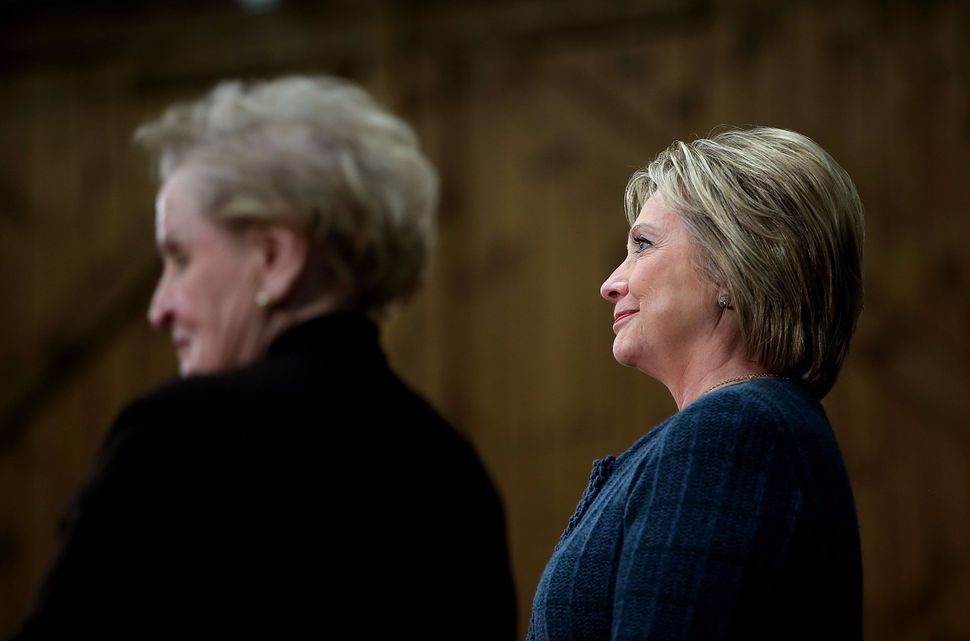 And now they’re coming for the rest of you non-conformists. Welcome to purgatory.

Over the years I’ve heard this a lot: How can you be a self-respecting woman, let alone a so-called feminist, and be conservative and pro-life? According to most mainstream feminists, I had to subscribe to their particular brand of group-think in order to call myself a feminist. When I refused (along with the rest of my conservative female peers), we were cast aside. If we didn’t bend to their will on the sacred cow of abortion, we were unwelcome in a movement that was supposed to be about advocating for women.

What makes me a feminist? I believe it’s a miracle to be a woman. My particular brand of feminism involves celebrating what makes women unique. I have no desire to be like a man, nor do I wish to be treated exactly the same as them (RIP, chivalry).

What makes me so unique from my husband and the rest of mankind? I am able to make life and I am able to sustain it after birth with my breasts. My husband’s contribution to creating our children can be measured in seconds, mine is measured in months gestating and years nursing. I believe creating life isn’t a burden or a curse, but a blessing and a miracle, regardless of if a baby was planned or not.

I’ve naturally over the years come to understand that my brand of feminism isn’t welcome in the Democratic Party, or with the likes of Gloria Steinem and other mainstream feminists. What we’ve come to learn this week, though, is that it isn’t just unwelcoming for me, but instead for anyone, regardless of ideology, who doesn’t support Hillary Clinton in her current bid for the White House.

The Queen Mother of second-wave feminism at 81 years old and still an icon for many, Gloria Steinem made waves after characterizing Bernie Sanders’ support base as mostly men, as they “grow more conservative” as they get older and gain power, while women become more radicalized. Somehow, that radicalization to Steinem means voting for a woman with the support of the Democratic machine and establishment instead of an underdog who was polling in the single digits in Iowa before coming from behind to basically tie the party favorite. For Steinem, women who support Sanders are an anomaly. “The boys are with Bernie” Steinem told Bill Maher on Friday. That statement was rightfully viewed as a slap in the face from many young women who grew up with tattered and dogeared copies of “The Feminine Mystique.”

Unmentioned by Steinem and other feminists like her is Hillary’s role in delegitimizing the victims of her husband over the course of his political career. It’s not just conservative women like me concerned about Hillary’s very unfeminist behavior, but even the modern-day darling of the feminist movement, Girls creator and star Lena Dunham.

Over the weekend at a campaign rally for Hillary Clinton, former Secretary of State Madeleine Albright said “there’s a special place in Hell for women who don’t help each other.” If a woman doesn’t support Hillary, Albright has basically doomed you to eternal damnation.

Seems a little drastic, but not when you keep in mind how the Clinton campaign in 2016 is spiraling in a manner similar to that of her 2008 campaign to Barack Obama, a then unknown first-term Senator from Illinois. Clinton’s lead in Iowa was under 1 percent at the close of the polls and days later it was announced it had shrunk even further after an audit of Iowa caucuses. In New Hampshire, even Clinton’s own staffers have given up hope on victory there, where Bernie Sanders commands a double-digit lead.

It’s a bit funny to hear Albright’s support for Clinton hinge merely on her gender alone. Carly Fiorina, another woman running for President, though apparently with the wrong letter after her name, said on Fox News on Monday night “”Liberal women have long said that unless you agree with them, you don’t count. Women, like men, should be free to think how they want and choose who they want.”

For feminists of every party and political persuasion, from radically conservative to socialist, one would hope the leaders of so-called feminism would ask you to vote with your hearts and minds instead of your lady parts. As millennials move on from their mother’s generation of feminists and definitions of feminism, we would all do well with role models who treat us as individuals worthy of respect and our votes worthy of courting, instead of bully tactics designed to shame us into total conformity.

Bethany Mandel writes on politics and culture, usually from a conservative perspective.