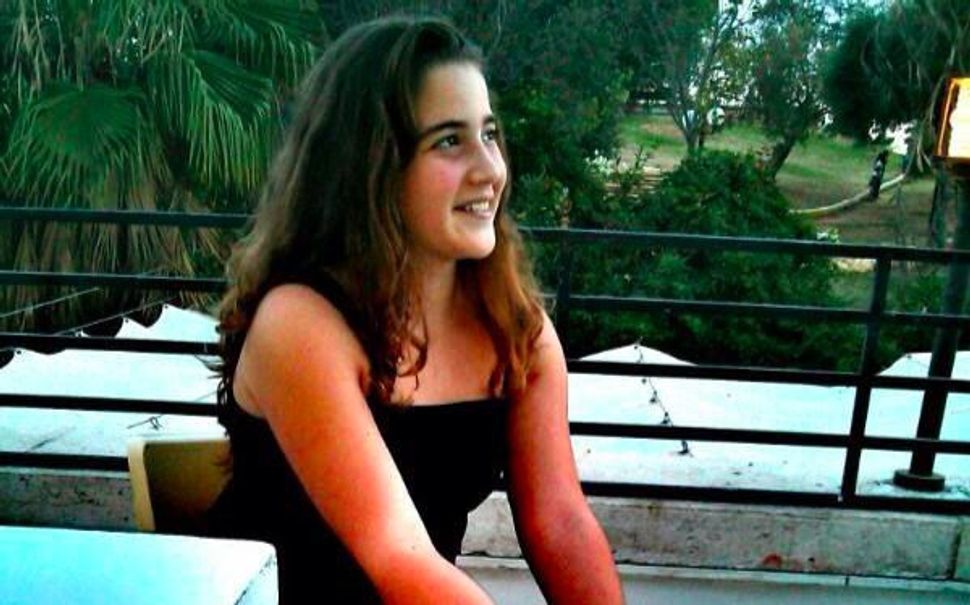 JERUSALEM — The parents of Shira Banki, the 16-year-old girl who was killed in an attack on participants in last year’s Jerusalem gay pride march, have called on the public to participate in this year’s march.

“After Shira’s murder, there were many voices saying that even though they don’t agree with the way of life LGTBQ community members live, and moreover they resist the concept of the Jerusalem Pride March- they still cannot accept violence as a legitimate demonstration of disagreement,” Ori and Mika Banki wrote  in a Facebook Wednesday.

“To all of these voices, and everyone who feels and thinks that way- we expect to see you march this year and in the years to come,” they wrote.

Shira’s parents invited participants in the march to bring flowers to place at the site where the 16-year-old was stabbed and 10 others injured by Yishai Schlissel, who had been released from prison several weeks before the parade after serving 10 years for a similar attack at the Jerusalem gay pride parade in 2005. He was sentenced to life in prison in June in Jerusalem District Court, and ordered to pay compensation to Shira’s parents.

“Marching on Jerusalem’s Pride March is not just about showing support to the LGTBQ community, it is also about supporting ideas of tolerance and equality for all. To us it also means standing in resistance to violence as a way of solving any dispute or argument,” the Banki’s wrote.

“Shira was not a LGTBQ community member, she believed that every human being has a right to be treated like one, no matter his or hers sexual orientation, we all deserve to be treated respectfully certainly not with violence or disrespect,” the post said.

The 15th Jerusalem Pride March, which is being held in memory of Shira Banki, is scheduled for July 21. The march is produced by the Jerusalem Open House for Pride and Tolerance, a non-profit organization for the LGTBQ community of Jerusalem and surrounding areas.

“If we won’t stand up against them, the next murder is yet to come. If you care for a better society, a better Jerusalem and Israel- you must march with us at this year’s Jerusalem Pride March,” the post concluded.