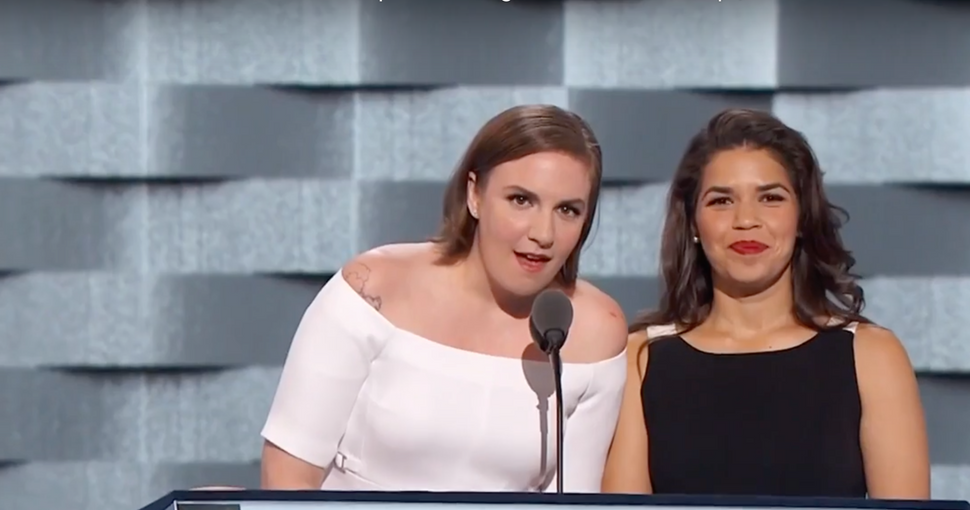 “Deal us in,” told the audience at the Democratic National Convention after asking whether they wanted the paid family leave, access to reproductive care and equal pay for equal work that Hillary Clinton had promised.

Together with fellow actress America Ferrera, Dunham gave a five-minute speech on why the two support Clinton as a candidate and think others should do the same.

“I am a pro-choice, feminist, sexual assault survivor with a chronic reproductive illness,” said Dunham, referencing having to take time off due to her endometriosis earlier in the year. “Donald Trump and his party think I should be punished for exercising my constitutional (reproductive) rights.”

Dunham, who sends out a weekly feminist newsletter called Lenny Letter, said that Trump would set women’s rights back to a time when women were meant to be “beautiful but silent.”

“[Clinton] knows we have to fight hatred of all kinds and not ignite it or the craven purpose of seeking power,” said Dunham.

The speech drew praise but also drew some criticism on social media. Some said Dunham, who has been accused of making feminist issues about herself, wasn’t the right person to make the speech.

Demi Lovato is now speaking at the convention as part of the DNC’s effort to attract the youth vote. Next up, Lena Dunham, then Charmander.