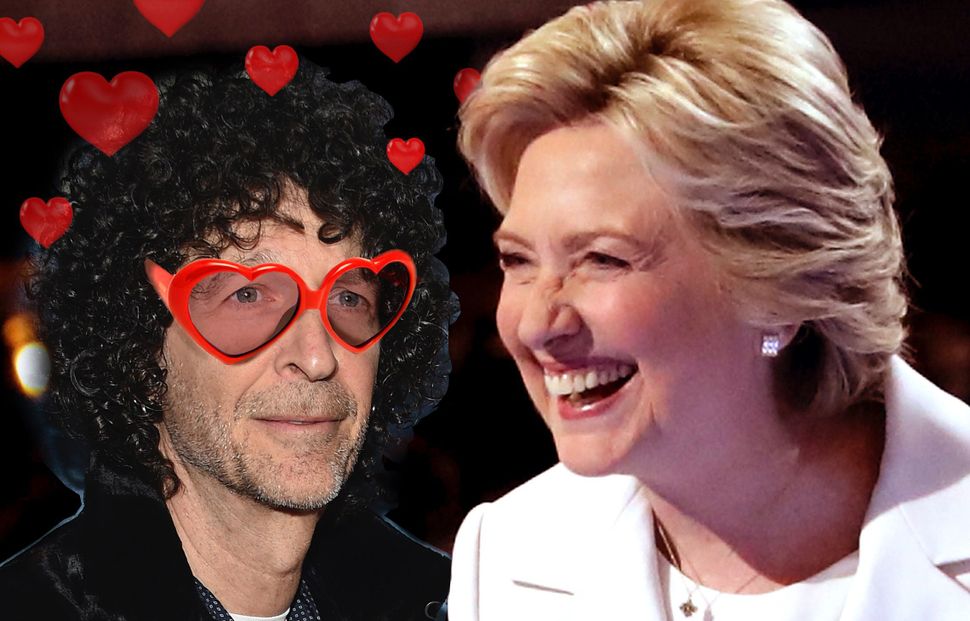 Controversial radio host Howard Stern said a Hillary Clinton presidency is a “dream of mine” as he tried to convince her to be interviewed on his show.

Stern, who is Jewish, said he was “enamored” by Clinton and that appearing on his program would allow the Democratic presidential nominee’s message to reach a wider audience.

“We’ve reached out and said, we’d love to have Hillary on,” Stern said in an interview with the Washington Post. “And it would expose her to an audience that might not be thinking of voting for her. She could also have a direct pipeline to a lot of people who wouldn’t normally get to hear her speak the way we have the ability to do it.”

Stern, a longtime Clinton supporter, noted that he had nothing against Republican nominee Donald Trump, who is a regular guest on the show.

“I don’t dislike Trump as a candidate but I am absolutely enamored by Hillary. And I’ve told Donald that,” he said. “Hillary as a president was sort of dream of mine for a long time.”

The Jewish radio show host said he thought Clinton would make “an extremely powerful president,” adding that he admired her record as a New York senator.

“I thought she was an excellent senator,” Stern said.

“The Howard Stern Show” has had its fair share of controversy — from Stern interviewing strippers to talking openly about risqué sexual subjects.

But the show has also become notable as of late for Stern’s frank and lengthy interviews with prominent figures, which often differ from the scripted feel of other talk shows.