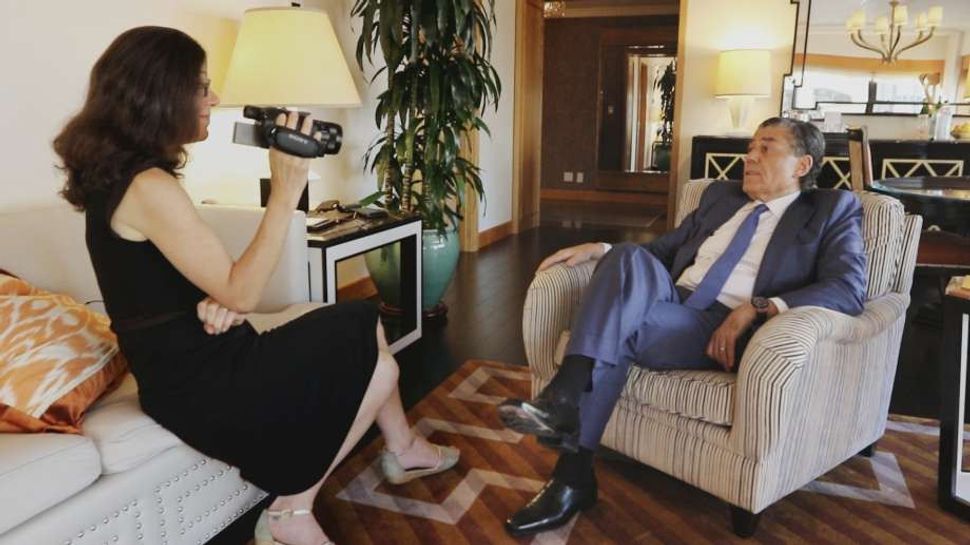 Prominent Democratic donor Haim Saban called a female interviewer a “very hot-headed woman” when she asked about how much influence he has over politicians.

“Well, you’re painting it in a negative way… I’m trying to explain it but it’s not sinking in your interviewer’s very hot-headed woman,” Saban told filmmaker Alexandra Pelosi in a somewhat incoherent phrasing. “Listen well to what I’m saying again.” 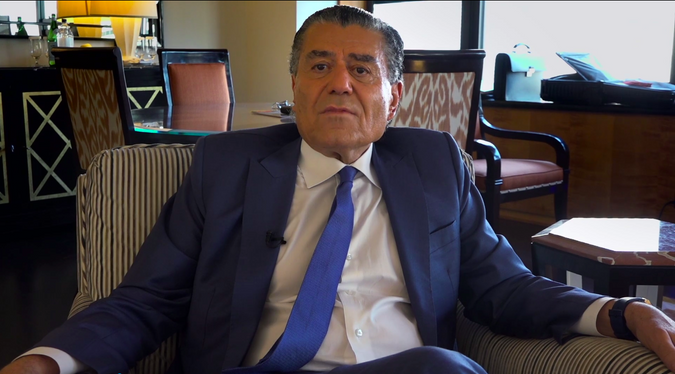 Haim Saban speaks about political donations in the HBO documentary “Meet the Donors,” by filmmaker Alexandra Pelosi. Image by HBO

“The reason I give money to politicians within the limitations of the law is to allow them to put their message across to the people,” Saban continued. “Is it the ideal system? No. Is it the law of the land? Yes. What do you want from me? It’s pretty simple.”

Last week, Saban said he had advised Hillary Clinton not to shout so much.

“I told her: ‘don’t shout. Why are you shouting all the time? It’s drilling a hole in my head. You can say the same thing without shouting, let Trump, that conman, to shout. You don’t need to shout,’” he told Israel’s Channel 10 TV. 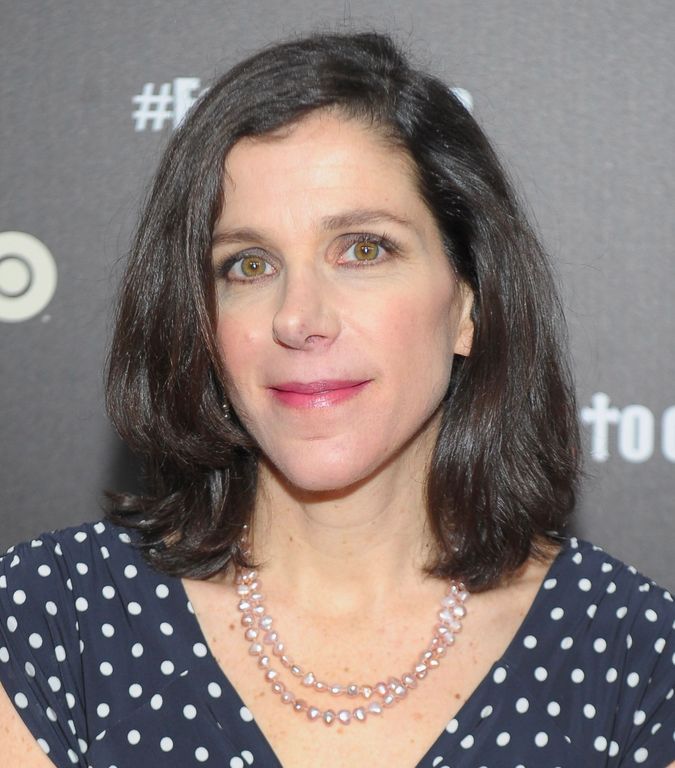 In “Meet the Donors,” Pelosi, the daughter of Democratic Minority Leader Rep. Nancy Pelosi, explores the relationship between money and politics by interviewing over a dozen prominent political donors, including Saban.

When asked how much money he has given to the Bill and Hillary Clinton, Saban said: “Ah, that’s a very good question that I have no intention of answering. None whatsoever.”

In the interview last week with Israeli TV, Saban said his contributions to the Clintons amounted to an “eight figure” number.