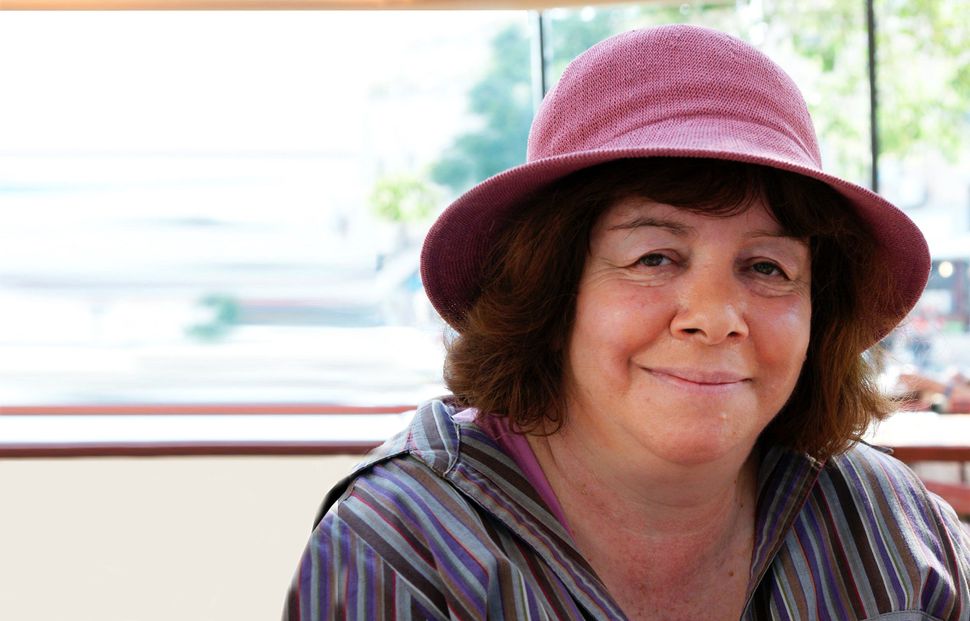 Bambi Sheleg, an Israeli journalist who devoted her life to healing the divisions in Israeli society after Prime Minister Yitzhak Rabin’s assassination, died on August 15 after a prolonged illness at age 58, Haaretz reported.

Soft-spoken and humble, Sheleg cut a drastically different figure from Israel’s hotheaded media personalities. It was an ethos she brought to bear as the founding editor of Eretz Aheret or “Different Land,” a magazine that sought to provide an alternative to Israel’s sensationalist news coverage by taking a deeper, more humane look at Israel’s riven society.

Born in Chile, Sheleg moved to Israel at age 12. She came from a religious Zionist family, and began her career as a journalist at Nekuda, or “Point,” the magazine of the settler movement that sought to establish Jewish communities in the Palestinian territories that Israel captured in the 1967 War.

According to a 2010 profile in the Forward, as a young woman Sheleg began to have doubts about her “ideological home.” “I was in the religious ‘camp,’” she said. “But sometimes I felt that I connected more with people outside my camp.”

When Rabin was assassinated by a religious Zionist zealot in 1994, Sheleg looked deeply inside and came to believe that she was contributing to the treacherous discourse in Israel’s media that gave more room to extreme voices than to the rational middle. She began Eretz Aheret in 2000 with a grant from the Avi Chai Foundation, and the bimonthly magazine quickly became an influential force in Israeli discourse. University departments used the magazine as part of its core curriculum and its writers often testified as experts at Knesset hearings.

“We have created ripples in the mainstream media,” Sheleg told the Forward with pride.

Sheleg is survived by her husband Yair Sheleg, an expert on religious Zionism with the Israel Democracy Institute, and their three children.

I had the opportunity to interview Sheleg last fall when I was writing a story pegged to the 20th anniversary of Rabin’s murder on November 4, 1995. I interviewed several commentators about what Israelis had learned from the assassination two decades on. Sheleg’s interview never made it into my story — a casualty of space limits — but Sheleg struck me as both optimistic and wise, a perspective I rarely encounter in this fractured land.

Below is a portion of my interview with Sheleg, which I edited for clarity.

The Forward: How has Israeli society changed, 20 years from Rabin’s assassination?

Bambi Sheleg: I think we have changed a lot. We were a more innocent society, and from one perspective the society is very split, but in the center of the society you can find many people who agree on many things and don’t have actually a microphone to say this. We have zealots of many kinds. Not only in the right, though in the right we have very dangerous leaders, but also in the left we have people who are willing to to do many things that actually harm society as a whole.

I claim that there is a kind of covenant between the leaders of all the camps [in Israeli society]. All of them feel that if only one part of the society would disappear everything would be just wonderful. But the majority of the society understands that no one is going to disappear so we have to take responsibility of reality, and this means to take a step away from your fantasies.

The Forward: What is Rabin’s legacy today for Israelis?

Sheleg: He is both a hero and a controversial figure. I think that we still don’t have perspective; 20 years is a very short time. The real question is how he is going to be memorialized in the future. I think that there still is a kind of a quarrel between religious Zionism and the Zionist left over who is or should be the leader of the society. Perhaps it’s unpopular to say, but part of the ideological split is a battle about strength and not only who is more moral than the other.

There is a large center in Israel that actually is not very well-treated by the political system. The center is in the right and in the left and also in the Haredim [the ultra-Orthodox] and in the Russians and even within the Arabs. The majority want similar things. We are captured by the zealots. It will take time until we make a cultural path that will give birth to a new kind of Israel center that is much less sectarian than it is today. I think there is a great hope in the center.