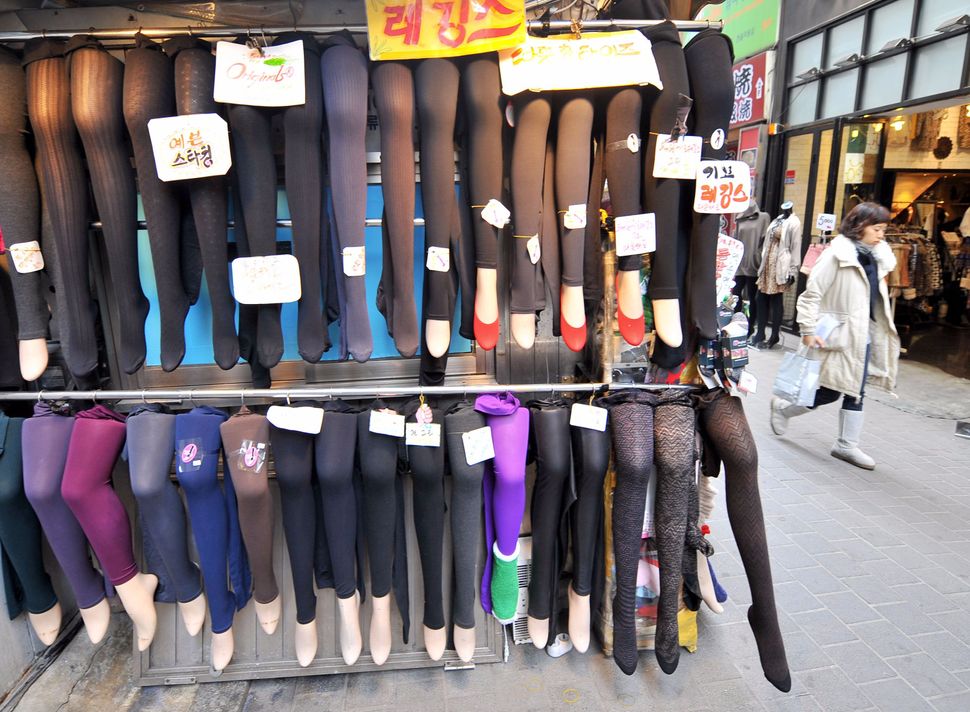 Due to Trump’s overt misogyny, there’s been a shift not just in how American women discuss abuse, but in how even relatively minor blips of sexism are received by a fed-up population. I’m thinking, specifically, of my own reaction to a blog comment that was, in turn, tangentially in response to Alice Robb’s brilliant Elle profile of a former dancer: “Dancers are the only women who look attractive when naked,” opined commenter “jim jones,” because clearly the story at hand wasn’t about the plight of ballet dancers, whose effective retirement age is earlier than most, but about the high standards, toned-ness-wise, that dudes on the internet have for the female form.

Normally something like that would strike me as just sort of silly. (If random dudes online only find ballerinas acceptable as lovers, good luck to them on that front.) Instead, I felt outrage. Outrage at the casual way female bodies were being insulted, but also at the way a great article about a woman, by a woman, an article about ambition and talent, one that only touches on beauty and dating, fell into that inevitable internet sinkhole of, ‘Let’s make this about which women we, the men of the internet, would deign to offer sex.’ Can anything, for five minutes, ever not be about this?

A larger-scale version of this, involving a real-name-using male letter-writer, just unfolded in Rhode Island. Alan Sorrentino published a letter in a local paper a few days ago, complaining that “mature, adult women” are going outside in yoga pants. The now-viral letter is terrible, but not as bad as it might have been. Sorrentino is clear both that he’s aware of his own aesthetic shortcomings, and that he’d find it revolting to see men in skimpy attire. Usually men with notions like these are oblivious to the fact that men, too, are physical entities, and the recipients of a female gaze.

Still, the letter hit a nerve. “Not the best week to be publicly shaming women on their looks,” someone commented on his letter, and indeed, the timing would probably do something to explain why a full-on protest took place in front of Sorrentino’s house. (The Huffington Post also made an election connection.)

Because 2016, because the internet, Sorrentino’s apparently also fielded death threats. Meanwhile, a sensible tweet questioning the fairness of responding to a gaffe with a big march in front of the individual bad-opinion-holder’s home leads to a thread that I would refer to as ‘fat-shaming’ except that would be far too mild a description.

The only ‘take’ I can really land on here is that attitudes like Sorrentino’s got a pass for far too long… but that no, writing a body-shaming letter-to-the-editor shouldn’t make you a public figure whose house is a reasonable protest site. Yes, it’s great if the silver lining to Trumpian misogyny is a stronger pushback against the everyday variety. No, that shouldn’t mean a free-for-all where men get bullied for minor slights (often by other men, those self-appointed allies who every so often turn out to have their own, uh, histories). Yes, given that a pageant impresario with a long alleged history of abuse may be our next president, it’s understandable that American women are furious. But this Sorrento, whoever he is, isn’t Trump.

What I can recommend without ambivalence or handwringing, then, is Julia Baird’s New York Times defense of wearing what you feel like, regardless of age: [M]y greatest mutton-fantasy is just to wear and do what I want. To not have such preoccupations even cross my mind. Isn’t there a point when one can simply be a dowager, a grand old dame, or just a merry old boiler?”

While not overtly political (there’s a brief mention of Hillary Clinton’s pantsuits), Baird’s essay (and accompanying Instagram hashtag) is a lighthearted but important rebuke to the notion that women must fade into the background upon reaching a certain age. Implicitly, the age when a Trump might lose interest in them as an object of sexual harassment, or when a Sorrentino might not wish to see them in leggings. It’s a fun call to dress as we please at all ages, but it’s also, more generally, a reminder that women exist as human beings, independent of any random internet dude’s (or presidential candidate’s) opinion of us as women.