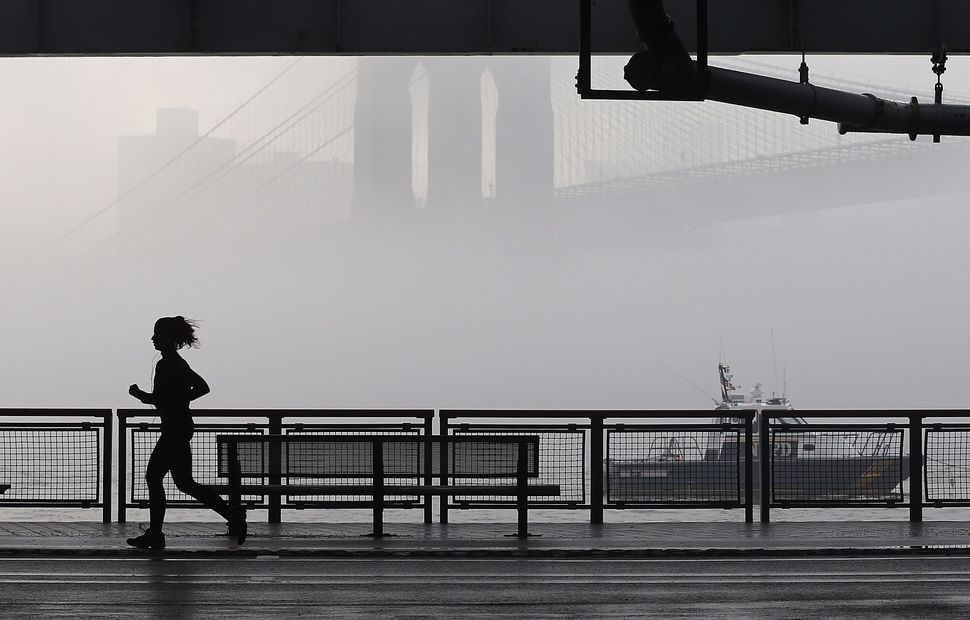 In the Atlantic, Megan Garber reviews Ina Garten’s new cookbook, Cooking for Jeffrey, in which Garten evidently reveals that she makes her husband challah, and that he enjoys other “traditional Jewish dishes.”

At the Cut, Stella Bugbee writes movingly about how her view of mothers in the workplace changed after she had kids.

There’s a huge and important Runners World article and survey about the harassment faced by many young women who go running.

OK, one election item: Pushing back against the narrative that there are all these silent Trump voters hiding out until voting day, Lyz Lenz reports for Marie Claire on Evangelical women who will vote for Hillary Clinton but won’t speak openly about this in their communities. Perhaps of more general (ahem, also Jewish) religious interest?

And one for-the-fun-of-it item: I’m late to the DIY jeans-hemming trend that involves just cutting off the hems, but this is the best trend (for my personal preferences) since sneakers replaced stilettos. Best why? Because I’m 5’2” and have spent a good amount of time over the years getting jeans professionally altered to accommodate that fact. I love that simply cutting your jeans so they’re shorter is now not just a respectable option, but a look there are instructions on how to achieve.

Phoebe Maltz Bovy edits the Sisterhood, and can be reached at bovy@forward.com.. Her book, The Perils of “Privilege”, will be published by St. Martin’s Press in March 2017.