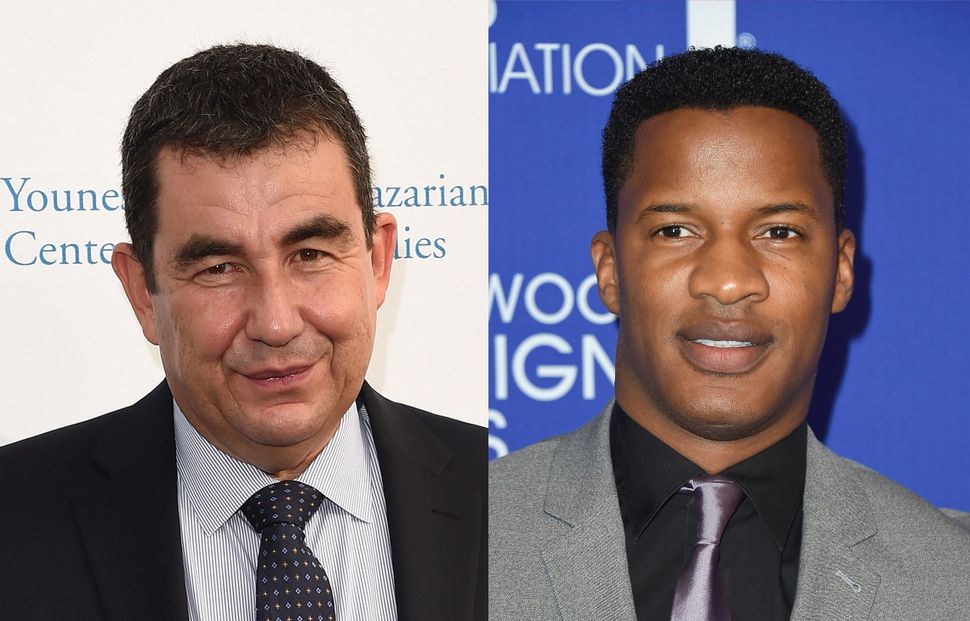 As was recently revealed in exclusive Forward coverage, Israeli journalist Ari Shavit has been accused of sexual misconduct. In a statement published in Haaretz, Shavit offers a window into the soul-searching that can apparently happen when more than one woman accuses you of inappropriate behavior:

“‘In the last few days I have understood that I have been afflicted by blindness. For years I did not understand what people meant when they spoke of privileged men who do not see the damage that they cause to others. Now, I am beginning to understand.’”

I had déjà vu when reading this, and here’s why: Shavit isn’t the first man to respond to claims of non-consensual sexual behavior with a public epiphany about male privilege. Nate Parker, filmmaker and star of “The Birth of a Nation,” who was accused of rape, gave an interview, published in Ebony in August, where he mused on systemic injustices, as a substitute for discussing his own alleged actions, news of which had broken not long before:

“All I can do is seek the information that’ll make me stronger, that’ll help me overcome my toxic masculinity, my male privilege, because that’s something you never think about. You don’t think about other people. It’s the same thing with White Supremacy. Trying to convince someone that they are a racist or they have White Privilege – if it’s in the air they breathe and the culture supports them, sometimes they never have to think about it at all.”

Reassuringly, the fallout of the Shavit episode hasn’t been limited to a privilege confession. Following the Forward breaking this story, he also resigned from jobs at Haaretz and an Israeli television station. (And goodness knows I don’t fault Danielle Berrin, the journalist whose courageous story helped bring Shavit’s actions into the open, for publicly approving of his recent statement.) But his choice to make such a confession is emblematic of a frustrating trend in our culture: the quest for purity (or purity-of-reputation) via high-profile privilege-admission.

An admission of privilege may find its way into a genuine apology, but it is, in and of itself, the ultimate non-apology. All it says is this: Society is systemically unequal, across this or that axis, and I fall in this or that category, and this has only just occurred to me, but, like, whoa. The privilege confession removes the individual – and individual behavior – from the equation. After all, there isn’t a man on earth who doesn’t benefit from the fact that all things equal, men have it easier than women. But are all men accused or guilty of sexual misconduct or worse? No.

What happens is, male perpetrators – perpetrators, that is, of everything from misogynistic behavior to sexual assault – exploit feminist rhetoric for their own purposes. If sexual misconduct is just a thing all men do (remember the feminist eye-rolling at #NotAllMen?), if rape is just what our culture encourages (what the expression ‘rape culture’ implies), how is any one man who stands accused of awfulness worth singling out? The problem is men!

In such contexts – that is, when coming from men who’ve just been accused of sexual misdeeds – “male privilege” is an evasion. Worse, it’s a form of self-congratulation. It shifts the topic at hand from the pain women have suffered to how ‘woke’ the man now is. (This is of particular value to men like Shavit and Parker, who are associated with important social-justice causes.) The rhetoric of privilege allows Shavit to describe his own wandering eye as his having been “afflicted by blindness.”

If men like these wish to privately contemplate their privilege – that is, to privately work through the ways their behavior relates to a culture of male entitlement – fantastic. Do I want to hear a peep about their process? I’ll pass.

Phoebe Maltz Bovy edits the Sisterhood, and can be reached at bovy@forward.com.. Her book, The Perils of “Privilege”, will be published by St. Martin’s Press in March 2017.