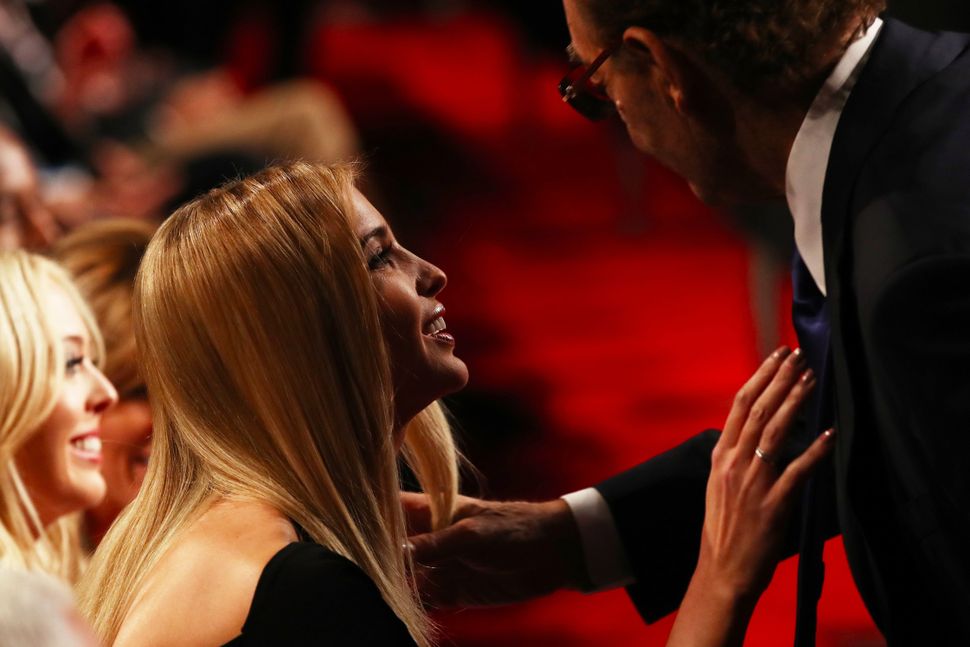 At Buzzfeed, Anne Helen Petersen reports on female Trump supporters she’s met while covering the elections. These voters are, Petersen explains, white, suburban, and wealthier than the Trump supporters usually seen in news coverage. (These women “likely shop at Whole Foods, and go to Pilates, and maybe even admire Michelle Obama.”) And their gateway drug to the Donald is guess who:

“The Ivanka Voter is not the stereotypical Trump voter. She doesn’t have a Trump sign in her yard, either because it would get egged or she doesn’t want to fight with the neighbors. She knows all about Ivanka’s clothing line and brand, and thinks she would be great in the White House, because she’s classy and sophisticated, polished and well-spoken, all the things her father is not.”

Petersen’s description of one particular such voter is mildly chilling:

“She owns a pair of Ivanka booties, and thinks Ivanka would be wonderful at any position in the cabinet, especially any of the ones that would take advantage of her phenomenal people skills.”

Why does this matter? As Petersen notes, women of the demographic in question are well-represented at the polls and are swing voters.

The takeaway? Nothing wrong with ankle boots, or conventional tastes more generally. But don’t let Ivanka Trump’s reassuring blandness seduce you into voting for her dad.