With a GOP Government and Mike Pence as VP, Don’t Treat Social Issues as a Side Note 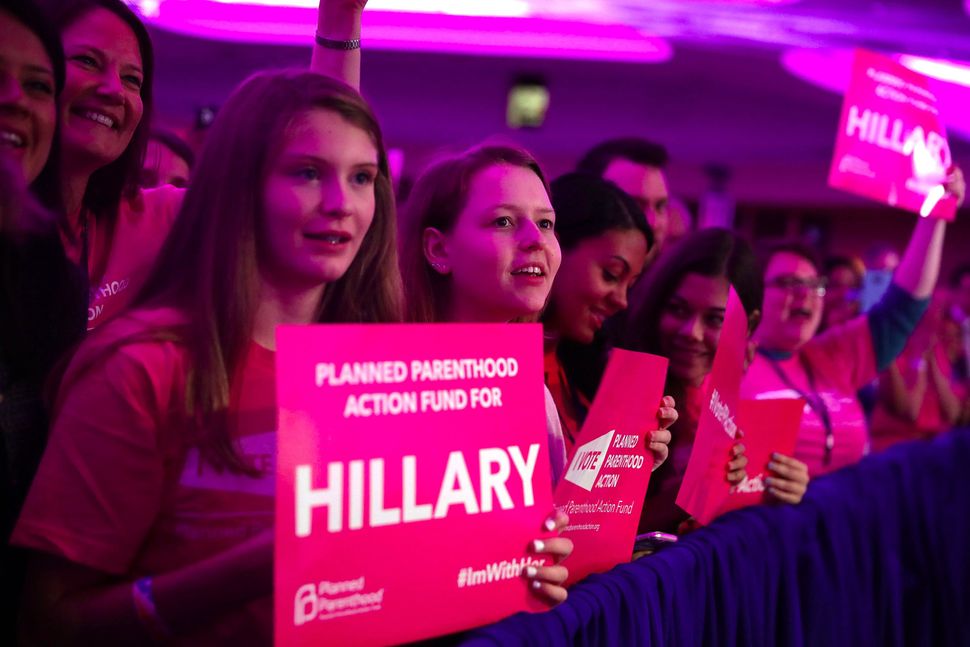 The future is grim for reproductive rights in America. Image by Getty Images

It can seem almost quaint to think that once, when liberals feared the GOP, we concerned ourselves with things like reproductive rights, as versus OMG IMPENDING FASCISM. But the thing with Trump is, we don’t really know whether he’ll be as fascist as we fear (although I’m team I think he’ll be quite fascist). We know how frightened many are, including but hardly limited to American Jews.

What we do know is, with Republicans in control of the presidency, Congress, and perhaps the Supreme Court soon as well, reproductive rights — and, more generally, the notion that women are human beings, not mere hosts for potential future offspring — will suffer. If you’re an American Jewish woman, there’s a question mark re: how this will all play out for you as a Jew. But if you find yourself needing an abortion at any point in the next four-to-eight years (or indefinitely, if Roe vs Wade is overturned), a safe and legal one may not be accessible.

It may seem like a side note, when we’re contemplating the demise of American democracy, that progress on LGBT rights might be reversed. It’s not. See Rachel Maddow’s take-down of Mike Pence, although “take-down” doesn’t seem quite right, given that he’s going to be vice president, and she’s not. Or listen to Dan Savage explaining why the end of gay marriage would have serious, tragic end-of-life consequences, and not just put a damper on festive occasions. President Trump may wind up being an inept buffoon, not the new Hitler. A Republican government with Mike Pence in the Dick Cheney role would be more familiar, but would have dangerous consequences.

It’s easy to look at Trump’s win and see only the unknowns. But the knowns may be the most frightening outcome. And it’s not as if, if the country does go full-on fascist, that won’t disproportionately hurt women and the LGBT population.

With a GOP Government and Mike Pence as VP, Don’t Treat Social Issues as a Side Note