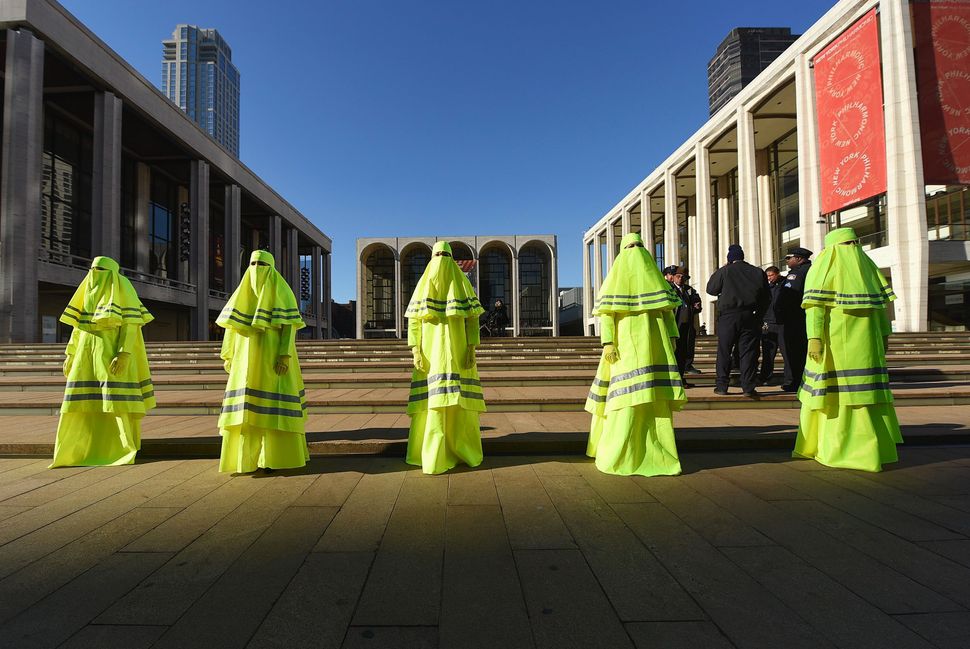 With Muslim-registration in the works, burqa-panic is not so surprising. Image by Getty Images

OK, my fellow Americans, my fellow Westerners, what will convince you that Let’s Ban Islam laws are a bad idea? Clearly appealing to multicultural values, to acceptance, to religious freedom, can only go so far, and can only reach the already-convinced. (The only Amendment that far too much of the country cares about these days is the Second.) So is it time for the ‘this fuels ISIS’ arguments? To brush aside the dignity-of-Muslim-women reminders and delve right into the ‘this will wind up harming all Americans’ one? What’s going to shift the indifferent?

I ask because Georgia’s considering a burqa ban, except not exactly a burqa ban, because (see the French “ostentatious religious symbol” euphemism), the proposed bill applies to any sort of “mask, hood, or device,” but… right. The ban would impact public spaces as well as private ones.

What I don’t think will do a heck of a lot to shift public opinion, unfortunately, is reminding that laws like this could wind up impacting other religious minorities as well. As I argued last year in the New Republic, there’s no reason to think that a ‘this could happen to Jews, too’ analogy will sway those who are Islamophobic as well as anti-Semitic. Last November, though, I hardly understood the extent that the country was either of those. Early last week I didn’t. We didn’t know who’d won! I suppose a handful of Jews could be swayed, maybe? But I sort of think anyone Jewish who sees a burqa ban and is like, fantastic!, is coming at this topic from a not-so-persuadable place. But what do I know.

And finally because irony, the law comes out of an earlier ban aimed at Ku Klux Klan attire.