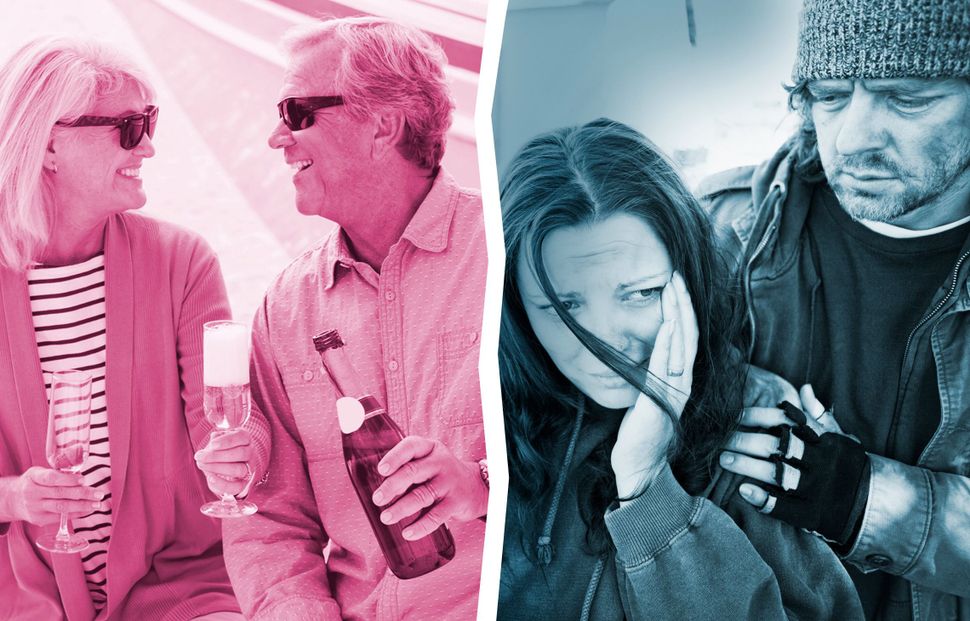 In the National Review, Ericka Andersen makes an important, timely point about the expression “white privilege,” and to a privilege meme she’s seen on social media, calling out Trump supporters for theirs: “For a good many white people in the U.S.,” notes Andersen, “‘privilege’ is not a word they relate to.” Andersen acknowledges “the very real problems that do face minority groups in this country,” but questions whether “privilege” is the best way to describe a lack of those specific problems.

Andersen doesn’t spell this out, but I will: in April, Hillary Clinton specifically asked white people to “recognize our privilege,” a request that did not go unremarked in the right-wing press of the time. And it’s a request with some… issues. Should white people recognize and oppose systemic racism? Oh yes. But asking white people to recognize “privilege” is more complicated.

What may well be intended as a request for white people to agree that people of color are discriminated against winds up getting interpreted (as indeed Andersen, if I read her right, interprets it here) as an accusation of privilege. That is, of having had it easier than most. So an otherwise decent middle-class, poor, or working-class white person, one who agrees that racism exists, as in racism against people of color (not that ‘reverse racism’ nonsense), will hear something that sounds like an accusation of wealth, and will deny it… only to be told, aha, look, you’ve denied your white privilege. And it gets confusing because there are also white people who think ‘reverse racism’ is a thing and that people of color are the true elites, which is, I think, something else.

While I can’t join Andersen in calling out “many minority groups” for ignoring the suffering of the white-but-not-privileged, I think she’s spot-on in noting that “members of the media [and] the cultural elite” are involved in these white-privilege-awareness campaigns. What I think happens is — and this is me, not Andersen, holding forth, although I think in line with her argument — white people who are white and elite wind up sort of conflating the two. And in doing so, they offer up out-of-touch ‘we’ arguments that don’t take into account that whiteness, for all its advantages, doesn’t necessarily mean a Harvard-to-Wall-Street trajectory.

I think it’s important not to overstate the role “white privilege”-talk played in Trump’s win. Andersen describes her husband’s impoverished (white) upbringing; that sort of abject poverty is not typical of Trump voters, and, for that matter, Andersen notes that neither she nor her husband voted for Trump. It’s really important to remember that a whole bunch of the resentment Trump voters supposedly experienced was not rooted in poverty or working-class struggle, and not to buy into a Trump-voters-are-the-real-victims narrative. But using the word “privilege” to describe a huge portion of the electorate probably didn’t given Clinton much of a boost, either.