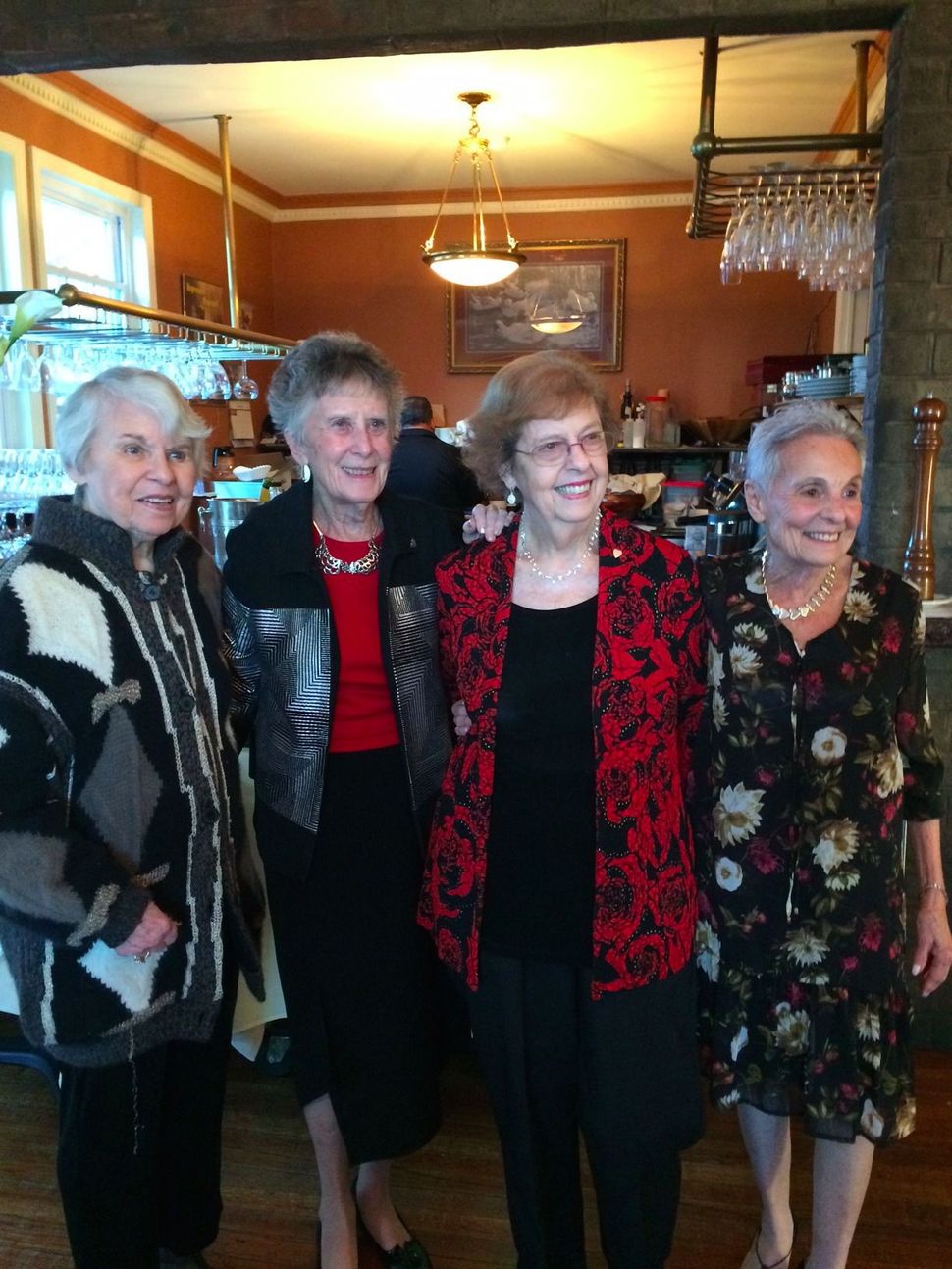 The 2016 reunion luncheon. Image by Courtesy of Laurie Jacoby 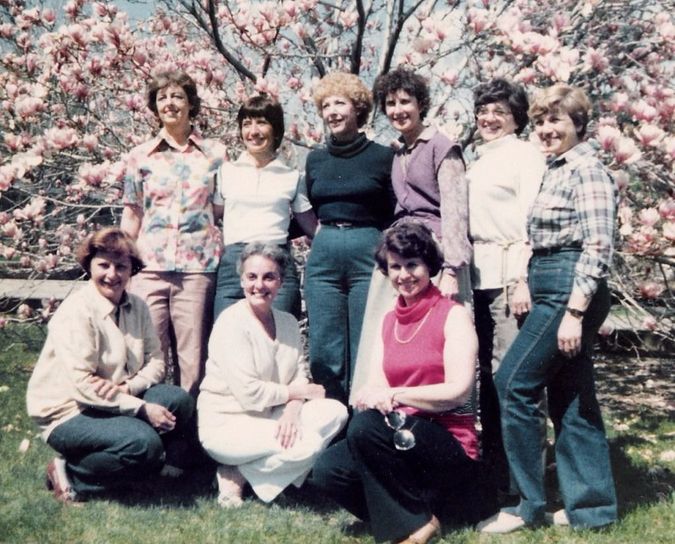 In 1936, 12 young Jewish girls in Hillside, NJ, faced a dilemma. At ages 7 and 8, they were interested in joining their local Brownie troop—but they and their families felt less than comfortable with troop’s choice of a local church as a meeting place when secular spaces were available. Worse, having faced some anti-Semitic behaviors at school, they were not sure they would be welcome as troop members.

Enter one of their mothers, Pauline Levin, who took it upon herself to organize the girls into their own social and charitable group. Dubbed the Cheerful Sub-Juniors, the group had Friday-afternoon meetings and dove into activities such as attending concerts, performing variety shows for charity, and taking cooking classes.

Dedicated and, yes, cheerful as the girls were, no one could have predicted that in November of 2016, group members and their families would gather for a luncheon in South Orange, New Jersey, to celebrate eight decades of uninterrupted friendship and community.

Of the original members, seven are still alive, and four — Lois Reiss, Bette London, Janet Thieberger, and Naomi Cohn (Pauline Levin’s daughter) — were able to attend the anniversary event on November 13. Surrounded by photos from their years together, the women reveled in their bond. “We can just call on each other,” Cohn says of the group, whose New Jersey–based members still meet regularly. “It’s a family of friends.” Levin herself remained involved in the group’s activities until her death in 1976. 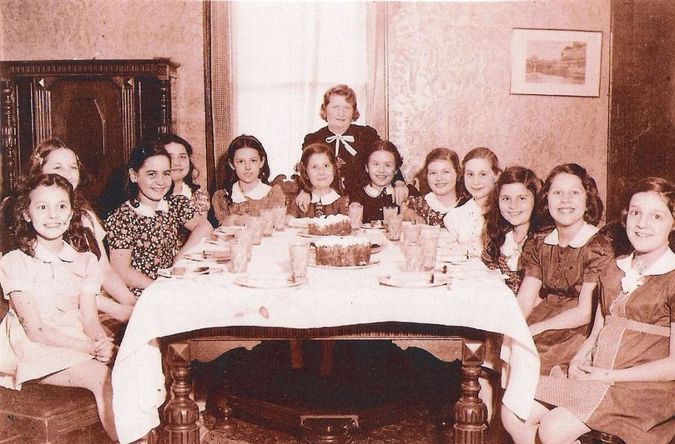 At the luncheon, the women reflected on their accomplishments as well as their friendships. Reiss noted that “every one of us went to college,” often a less-supported path for women of their generation. Cohn pointed out that “between us, we gave birth to 28 children.” And London discussed how the group’s decades of charitable involvement have enriched her own life. “I think children love a sense of being of help,” she said. “I know I did. And that stayed with me.” Over the years, the group has supported Save the Children, the Lighthouse for the Blind, and the National Multiple Sclerosis Society, among other causes.

At times, more challenging memories surfaced as well. When asked about her return to a teaching career after she had children, Thieberger said with a laugh, “One day, my husband told me his business was going bankrupt. It was time for me to go to work!”

The anti-Semitic acts that some members experienced as children have not been forgotten. One group member recalls being spit on at school in 1936, when she was 7. Another remembers an elementary-school classmate calling her a “dirty Jew” (“I told her, ‘Jesus was a Jew!’” she recounted. “I don’t know how I thought to say that!”). All acknowledge the irony that the creation of their group, and thus their deep bonds, came of these experiences.

In addition to honoring their own history at the luncheon, group members were happy to kvell about their children. Thieberger mentioned that her three grew up to become “a noted artist, an incredible musician, and a dean of NYU Law School.” And the _kvelled_about offspring likewise admire, value, and have learned from the group’s closeness and commitment. Addressing the assembled guests, Cohn’s daughter, Laurie Jacoby — a broadcast-news agent who flew in from Los Angeles for the event — remembered a time at age four when she was passed happily from lap to lap by group members during a meeting at her grandmother’s house. “I’ve gotten all this love from all of you,” she said. “And the enduring love you’ve had for each other is so rich. It has helped me to model women’s friendship and learn to be a friend.”

Susan Reiss, Lois’ daughter and a lawyer in New York, also mentioned early memories in a toast: “I remember even at a very young age knowing that your friendship was something very unique and special. Your extraordinary, inspirational, and remarkable friendship has endured distance, time, and life’s responsibilities of working and raising families…I feel privileged to know all of you.”

Don London, Bette’s son and a writer and website designer, expressed the wish that formal childhood social groups such as this one were more common today: “I see how great it has been. We could all use more community.” The group’s website, www.tamarclub.org — a charming stroll through decades of meetings, special occasions, group trips, and simply casual moments — was produced by Don under, he says, “my mom’s direction.”

Though group member Sally Wovsaniker passed away in 2008, her husband, Harold, and son Alan attended the luncheon to honor her and to reconnect with the group. Alan Wovsaniker — a lawyer, as were both of his parents—finds that a quote from dearly departed songwriter Leonard Cohen describes his mother’s friendships. “He once said in an interview, ‘A friend is someone who cares deeply about what you do.’ Then he paused and corrected himself: ‘A friend is someone who doesn’t care deeply about what you do,’” says Wovsaniker. “My mother cared deeply about everyone in the group. When I was growing up, it seemed like she was on the phone daily with at least one of ‘the girls’—aware of and caring deeply about every aspect of their lives. But she also didn’t care deeply—because whenever she spoke about them, or their husbands, or their kids, it was all a celebration. Everything they did was wonderful and special. They were all ‘the best.’”

Over the years, the Cheerful Sub-Juniors became the Tamar Charity League (“Tamar” means “upright” in Hebrew) and, after Levin’s death, the Pauline Levin Memorial Club. But informally, as Wovsaniker and others note, this group most often refers to itself as “the girls.”

“Happy or sad, we’re by each other’s side,” said Lois Reiss as she surveyed the luncheon crowd. Over cake and coffee, Janet Thieberger summed up the members’ sense of gratitude for a lifetime of closeness. “This group made me more self-confident,” she explained. “I will always have friends!” 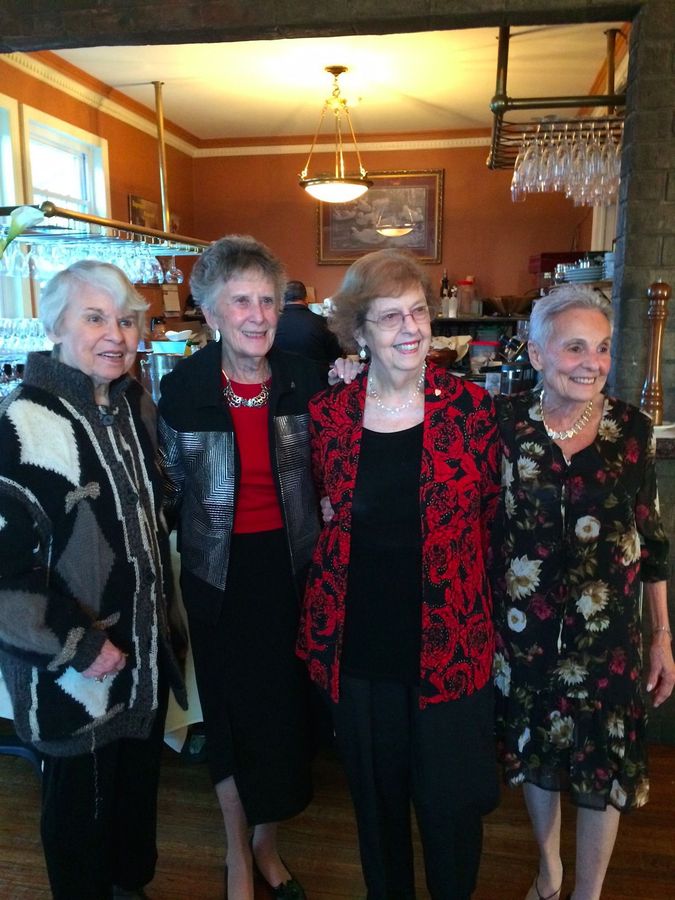 The 2016 reunion luncheon. Image by Courtesy of Laurie Jacoby

Pamela Rafalow Grossman has written for outlets such as “Ms.,” Time.com, the “Village Voice,” and Salon.com. She is working on a documentary about lifelong friendship, based on a group of women who grew up together in the Bronx.