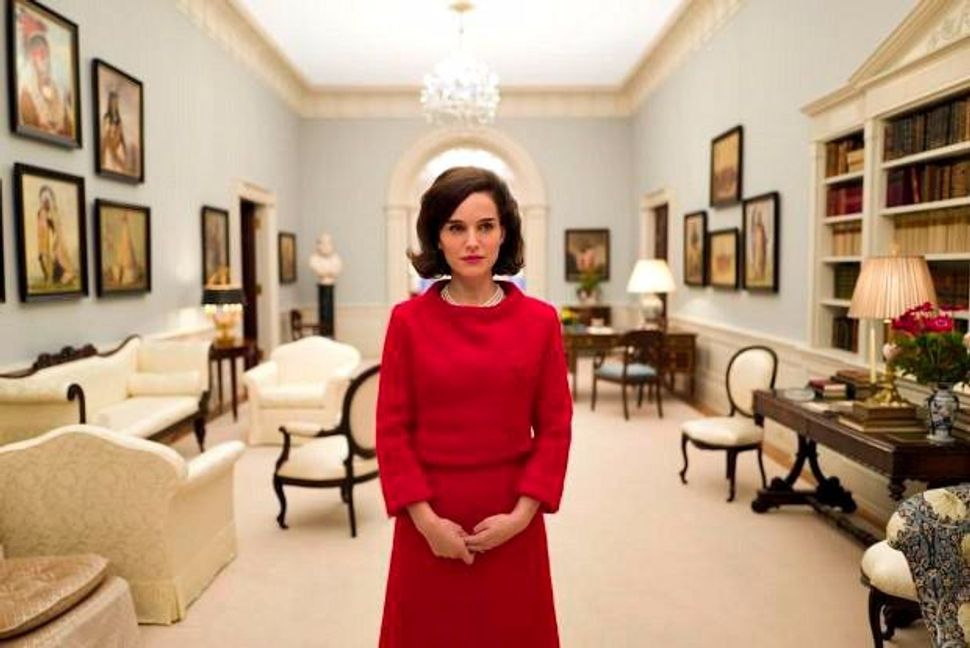 I saw Jackie yesterday, and have to say the movie succeeds at what would almost have to be its purpose: Making audiences experience a political disaster as the personal family tragedy it also, of course, was. With the right music, the right anguished expression on the right brilliant actress (Natalie Portman), you care.

The next question might be why getting audiences to care about this particular episode in history would be a priority. Is sympathy for the Kennedies — a rich and powerful (and beautiful) family whose tragedies have hardly gone unreported – what we as a society have been missing? But this would, maybe, miss the point. We don’t — pardon this Bechdel-test digression — learn a tremendous amount of what was up with Jackie Kennedy outside of her experience of a very specific part of her life, one that revolved quite thoroughly around her husband. But… that is a part of the female experience. Not of every woman’s experience, but of many, and it’s something the movie, directed by Pablo Larraín and written by Noah Oppenheim, grapples with. The very literal fact that Jackie Kennedy has to move out of ‘her’ house, the White House, after her husband’s assassination tells a more universal (if rarely as bloody!) story of the fragility of a woman’s life that’s so fully dependent on a male partner.

So that’s one interpretation: Another: It’s an incredibly watchable extended screen test. I can’t decide.

I should note that 99 percent of my Kennedy knowledge comes from “Seinfeld.” My first thought when I hear Jacqueline Kennedy Onassis mentioned is that scene where Elaine applies for a job she’d once held. Her interviewer tells her, “Either you have grace or you don’t,” and Elaine, it is implied, does not:

Watching Jackie, it’s hard not to feel like Elaine, staring slack-jawed at this glowing embodiment of, what, poise? Class? Good posture? Pair the most beautiful actress of our time with the most gorgeous clothes and makeup of an era with especially good clothes and makeup, and the result is, well, stunning. Few actors or actresses would be watchable for that long; few actresses as Jackie Kennedy. Did I ever quite mistake Portman for Kennedy? Not really. But there’s something to be said for casting A-plus-list actors as larger-than-life presences, rather than as everyday sorts.

Inasmuch as the movie had a broader political message, it was a tale of progress cut short. Which felt, let’s say, timely, in ways that couldn’t possibly have been anticipated when the film was being made. Barack and Michelle Obama are our modern-day Kennedies, and their time in the White House is also ending in a national tragedy of sorts. No literal bloodstained Chanel suits, but still. The threat of political violence – and more specifically, of political violence motivated by opposition to civil rights — sure seems current.