The Major Jewish Holiday No One Discusses: Non-Celebration of Christmas 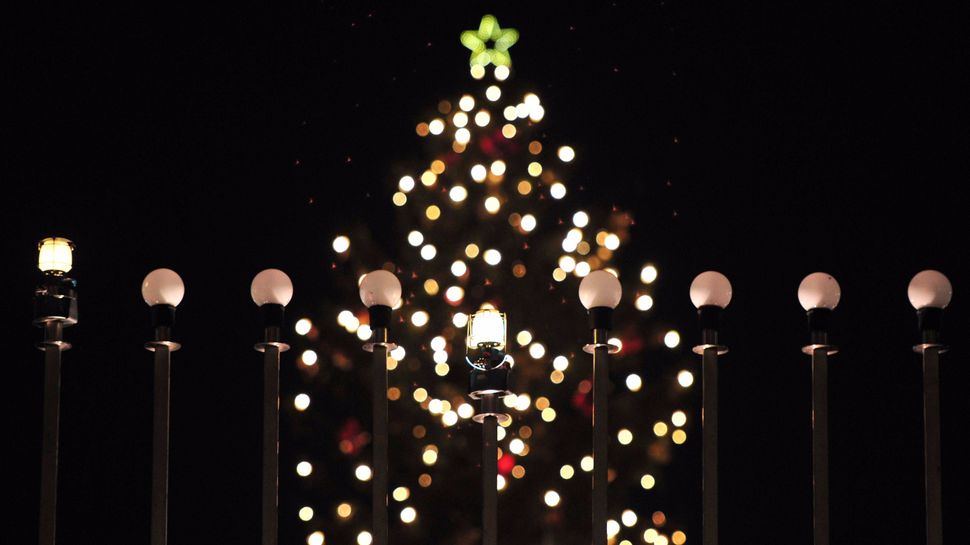 Christmas can’t be ignored. It can only be not-celebrated. Image by Getty Images

On “Crazy Ex-Girlfriend”, an adolescent Rebecca Bunch refers to herself as “half-Christmas.” In a show full of spot-on moments, this rang especially true to me, for reasons that shall, I hope, become clear.

Secular Jewishness, at least in the United States, is grounded in one annual non-act: the non-celebration of Christmas. Yes, some Jews celebrate Christmas, and extra-yes, there’s also the entire Jewish religion, which presumably spares observant Jews this particular weirdness. But there are a whole lot of American Jews who fall into neither category, and I’m one of them. What, I wondered while growing up, made me, an otherwise non-observant Jew, Jewish? I’d known since forever that the Nazis would have wanted me dead, but beyond that?

It all seemed to boil down to this: My family did. not. do. Christmas. We would spend December 25th specifically not doing Christmas. Of course, this tended to involve all of us having dinner together, which I have, as an adult, learned is also what happens on Christmas in the families that do observe the day.

Christmas was this hard-to-classify mix of exclusion and self-exclusion. Non-celebration was actually a season-long affair, which involved interpreting everything from supermarket background music to fir-involving décor as specifically Not For Us. Sure, we’d also do Hanukkah. But not doing Christmas was the bigger event. It couldn’t help but be, given how ubiquitous Christmas is in mainstream society. It’s a national holiday! One that I both had to acknowledge and had to not acknowledge.

For me, at least, it was never a matter of wanting something I couldn’t have. The “couldn’t have” felt too official for that. It wasn’t that I wasn’t allowed Christmas by my parents. It wasn’t in the category of things your parents forbid but that you sneak off and do when they’re not looking. It was some greater force, the force of history, say. It was at the center of who I was.

There may have been an unstated Zionist component that only became clear to me years later, reading Albert Memmi, who in one of his books on Jewish identity discusses the feeling of living somewhere where the big holidays aren’t your own: Non-celebration of Christmas is a way of reminding yourself, as a Jew, not to get too comfortable.

So where will that leave today’s secular Jewish kids this year, with Hanukkah and Christmas coinciding? How do you not-celebrate Christmas on Christmas itself? And so a baseline super-confusing part of the year for Christmas non-celebrators will become that much more so.

The Major Jewish Holiday No One Discusses: Non-Celebration of Christmas