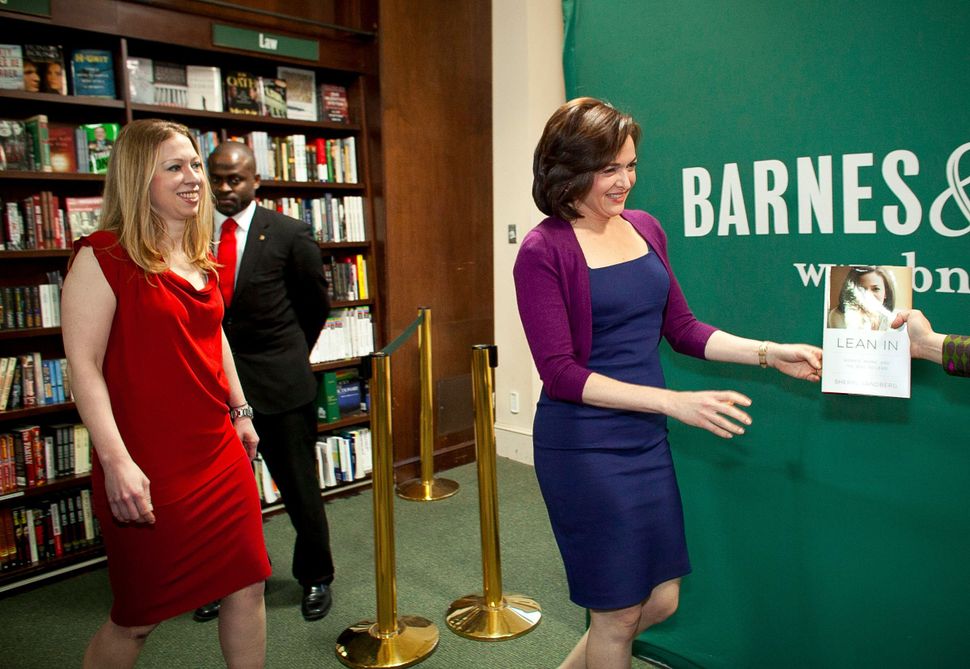 As the election recedes in the collective memory, and as Hillary Clinton gets remembered (called it!) as a you-go-girl abandoner of makeup, what’s left in the rubble is this trickle of feminism-caused-Trump takes. Or maybe not caused, exactly — what’s posited is more that Clinton’s loss invites A Reckoning, and thus an overhaul of feminism as we know it. Rather than coming to what would be the logical conclusion – that women remain oppressed, so much so that we still don’t have one measly female presidency – the consensus on the left and the right is that feminists screwed up. Maybe it should come as no surprise. The election demonstrated how little headway feminism has actually made in this country; feminism now finds itself the scapegoat of choice (well, one of them) in the election’s aftermath.

On the left, the consensus remains that “white feminism” is the problem. In Pacific Standard, Melissa Gira Grant presents this argument:

“What was ‘white feminism’ — if it was a phenomenon divorced from what’s been lately dubbed ‘mainstream feminism,’ or previously ‘liberal feminism,’ or sometimes ‘marketplace feminism’ — is now forever linked to that 53 percent of white women voters.”

I wonder about this link. Is there one? Or have some commentators on the left have opted to conflate “women” with “feminists”?

Here’s what I couldn’t figure out from Grant’s article: Is the problem that feminism fails to properly address the needs of marginalized women, or that it fails to attract women who already have it pretty good? The former is (here I agree with Gira) a real issue with feminism, but it’s not (here’s where I disagree) at all related to why Clinton lost. I’m still trying to work out how a feminism more inclusive of women of color would bring around the white women who voted for Trump. And an alternate version of the Clinton campaign that was less “Lean In” and more “Black Lives Matter” would have been… preferable, for sure, but not necessarily more effective. It would be convenient if making feminism better and fairer (something that would, side note, involve a great deal of what the right and center-right derisively refer to as “identity politics”) would also broaden its appeal among Republican voters. It’s just not clear to me how that would play out.

Absent from Grant’s list of marginalized feminists (which she notes is not exhaustive, and which I will note includes a good many white women) – “Black feminists and womanists, queer feminists, Arab feminists, disabled feminists, trans feminists, and sex worker feminists” – is another category, Jewish feminists. This is not surprising, and not just because there aren’t a whole lot of us. Jewish women are often cited as examples of “white feminism,” at times for understandable reasons (ahem, Sheryl Sandberg). But it’s still frustrating, given that Jewish women a) aren’t all of Sheryl Sandberg’s demographic, b) have our own share of intersectional concerns (i.e. it’s unclear if any of us are even “white”), and c) did not by and large (best as I can piece together from stats) vote for Donald Trump.

On the whole, though, I’m sympathetic to Grant’s piece, insofar as it’s an internal critique of feminism. It’s really the lessons-from-the-election angle that loses me.

Then, from the right (or contrarian center-left?), you have a Christina Hoff Summers piece with the misleading (but catchy!) headline, “How to make feminism great again.” The article’s a big list of what feminism shouldn’t be, without indication of what it should. If Sommers wishes to reform or somehow improve feminism, that’s not at all clear from the article, which effectively declares feminism obsolete. “Today’s women’s movement also needs to reckon with the fact that men struggle just as much as women,” she writes, leading the reader to wonder why Sommers thinks there ought to still be a women’s movement at all.

What we’re left with is this: Not only was the election a feminist disaster, both policy-wise and in terms of the country’s inability to choose a competent female politician over an incompetent who hovers between fascism and oligarchy. We now have to read counterintuitive think-piece after counterintuitive think-piece about how the culprit wasn’t sexism, but rather feminism itself.