Shocking but Unsurprising: White Supremacists Use Photos of Fashion Models as Twitter Avatars 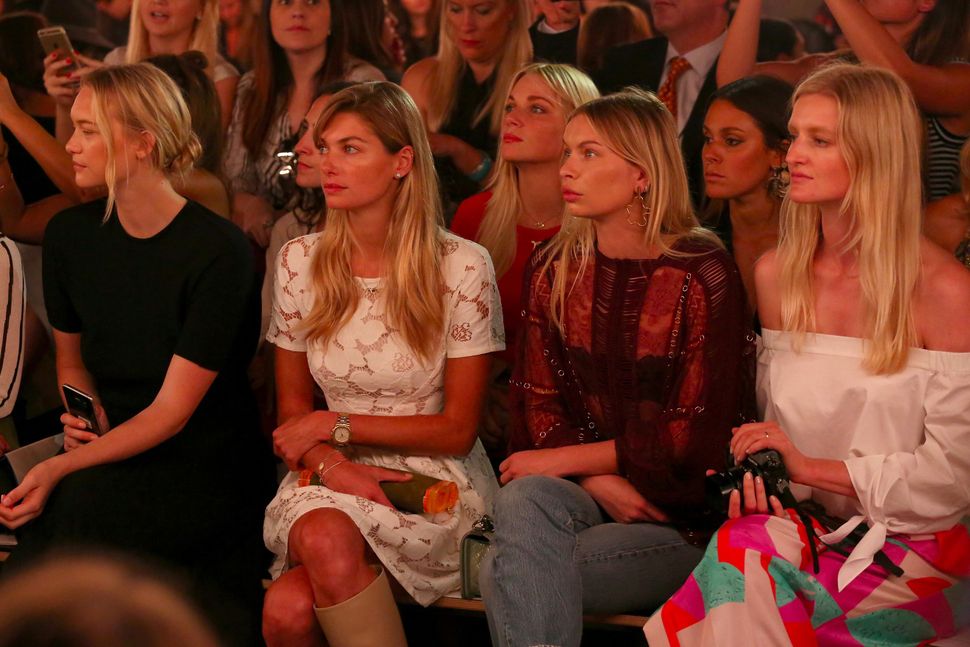 Gemma Ward, left, a model whose image has been used by white supremacists. Image by Getty Images

If you ever find yourself trying to explain or just understand the connection between white supremacy, the abstract phenomenon anti-racists sometimes use to describe societal unfairness, and white supremacy, the thing where neo-Nazis (rebranded or otherwise) get together to heil Hitler or Trump or whomever, look no further than the bizarre story of fashion models and other “conventionally attractive white wom[e]n” with online presences whose images are used, without their knowledge or permission, as white supremacist avatars.

On fashion site Racked, Rose Eveleth reports on the phenomenon, and finds that the women behind these photos who responded were not pleased to say the least: “All the models I spoke with had no idea to even be worrying about neo-Nazis using their faces to push white supremacy.” Eveleth interviews attorney Carrie Goldberg, who offers some insights on the legal recourse possible for those whose images have been held up as symbols of white, blue-eyed perfection.*

On one level, this is a tale of online trollish behavior and yet another set of women being mistreated online by these same white supremacists who keep popping up all over the place in proto-Trumpian America. And that’s certainly a lot of it: These women do not deserve to have their images used in this way, and it’s terrible that there’s not much that can be done to stop it.

But allow me to suggest that there’s a bit more to the story:

It’s worth pausing for a moment on the relationship between what these overt white supremacists are up to and what the fashion and beauty industries are promoting. Not to equate the two, but to consider that none of this is happening in a vacuum. Because I promise you that it did not take Trump’s election for women who look like the ones in these images to be venerated above all others in fashion magazines, on billboards, and beyond. No, you won’t often see an ad or fashion spread that includes an up-front declarations of the genetic superiority of Nordic-looking women. But… that is the message the fashion and beauty industries have been sending since who knows when. It’s certainly what was in the glossy pages I grew up with. Diversity in these industries remains very much a work-in-progress. The level of malice isn’t comparable, but the system’s the same. White supremacists would not exactly have had to dig to find images of thin, young white women with a vaguely Swedish look, nor — and this bit’s key — for the idea that such women are the world’s most attractive.

Again, to be clear, the models themselves who wind up in this situation are victims of online awfulness. Their consensual (one hopes!) participation in a ‘problematic’ industry in no way justifies the non-consensual use of their images to ‘sell’ white supremacy. But before the fashion industry as a whole looks at this aghast, wondering where on earth such ideas could be coming from, it might want to, uh, take stock.

*I take some small comfort in knowing that my image will never be held up in this way.

Shocking but Unsurprising: White Supremacists Use Photos of Fashion Models as Twitter Avatars