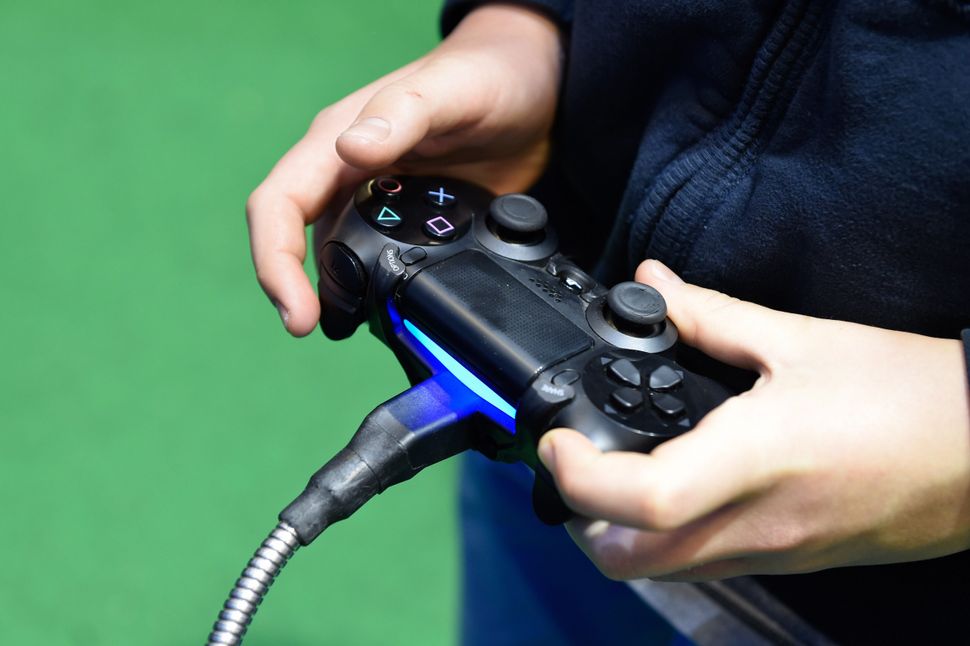 Not (just) a metaphor. Image by Getty Images

When I was about eight, I was in the waiting room to see the dentist. There were some boys around my age playing a video game. I didn’t have video games at home, didn’t know anything about them, and was thus intrigued. I asked to join but was rebuffed. An adult (someone’s parent? a receptionist?) intervened, and the boys handed me a controller of my own. I was thrilled, until I realized that they’d handed me a broken one.

And so began and ended the world’s shortest ever stint as a gamer.

The article of the moment is without a doubt Alana Hope Levinson’s Gizmodo post, “Men, Please Stop Manthreading.” For the uninitiated: A Twitter thread is when you string together a whole bunch of tweets, thereby writing a longer ‘essay’ than the platform is intended for. The advantage of a Twitter-thread isn’t just the ability to say more than 140 characters permit. It’s also that it will re-up your earlier tweets, alerting your followers to that brilliant insight you had at 4am that they may have missed.

Before discussing further, I would like to note that “manthreading” is a great term – flawlessly evoking both mansplaining and manspreading. But is it a thing? That is, is tweet-threading gendered behavior? Twitter’s slightly more popular with men than women; I don’t believe Pew has specifically looked into manthreading. But anecdotally, going by the Twitter practices of women I follow (and, alas, my own Twitter approach), not so much. Some of the pushback Levinson has gotten (see this thread by Feminista Jones) has actually been that marginalized women, black women in particular, use tweet-threading to make their voices heard. Others have noted, not unfairly, that of all the problems women face, even just on Twitter, having to witness men threading together tweets ranks low, perhaps making “manthreading” a distraction.

When the same approach can represent everything from male entitlement to its opposite, and everything in between, the approach itself isn’t the problem. That said, the spirit of Levinson’s point is dead-on: “These are people who want their ideas to take up the absolute most space possible.”

What I’m now going to do is probably a violation of 15 different forms of Twitter etiquette, but in the name of feminism: I’m going to blog about a recentish Twitter thread of my own. For reasons already obscure to me (code for: I’ve already forgotten whom I was subtweeting), I held forth on mansplaining* broadly defined, as I experience it, which is to say, on the tendency of men to send me their unsolicited political thoughts, article suggestions, etc. Women – even though I edit a women’s blog! – do not send me their unsolicited materials nearly as often. It’s that “space” thing Levinson refers to: Men are far more likely to believe their opinions matter and that others owe them an audience.

And the thing is… I’m generally happy to get these emails, these messages. Lots are interesting! I just wish the gender distribution weren’t quite so stark.

The problem isn’t mansplaining or manthreading. It’s mannotlistening. (Mangnoring? Help me, ladies!) It isn’t men’s etiquette when they do speak. It’s the voices men and women alike deem worth listening to.

Because, here’s the thing: Women can and do compose Twitter threads, and otherwise state opinions. But all too often, we do this into a void. We watch as men say the same things we did but get taken seriously because it just sounds more authoritative coming from a man. This happens enough times and we pipe down. We gain courage and speak up again, but not quite as much as a man would. Or we speak up but refrain from offering hourly ICYMI (“in case you missed it”) reminders.

We think, for these fleeting moments, that we’re in the game, only to see that the controller was broken all along.

*The Platonic (well, Solnit-ian) ideal of mansplaining involves a man telling a woman things that are literally in a book she’s written. Having written a dissertation as well as a book on an unrelated topic, I get this, too.