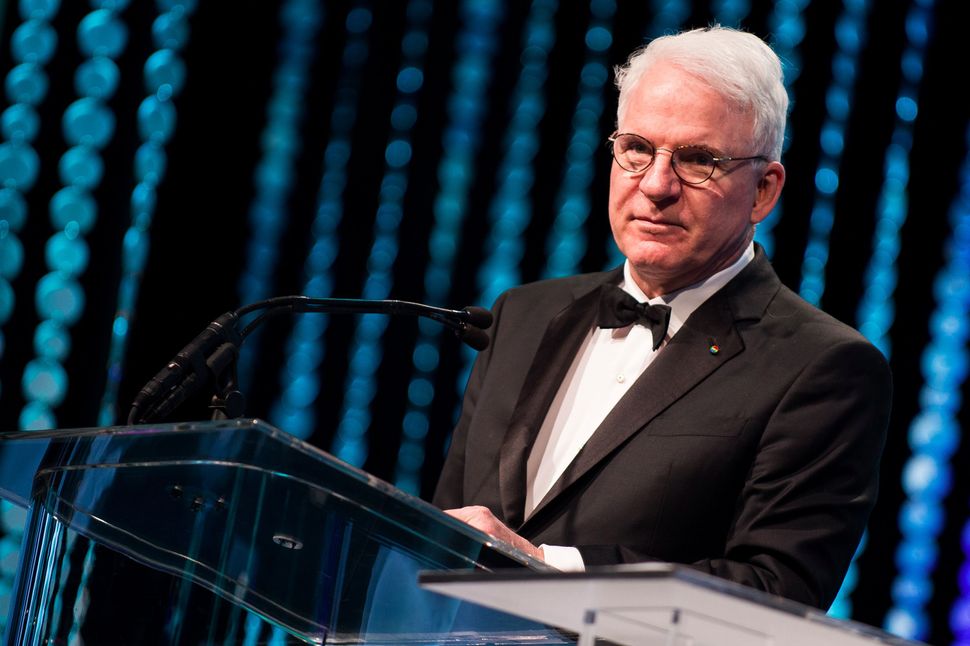 As quick responses go, however, neither Martin’s tweet nor Landsbaum’s piece were all that outrageous. Let’s start with Martin:

“When I was a young man, Carrie Fisher she was the most beautiful creature I had ever seen. She turned out to be witty and bright as well.”

Kind words about a person who had just died, maybe? Maybe not?

Landsbaum, meanwhile, wrote an essay demonstrating that Fisher was long treated in popular culture as a sex object for straight male nerds, and that she (Fisher) wasn’t thrilled about this. Landsbaum’s analysis of Fisher’s role in the culture was solid, provocative, persuasive, even! It is a problem, and one that’s not going away, that women are valued only for beauty.

Here’s where things went awry: Landsbaum used Martin’s tweet as an entry point to a discussion about female objectification, which was both understandable from a technical perspective (a topical essay needs a topical entry point!) and frustrating.

The issue, as far as I’m concerned, was the focus on Martin’s relatively innocuous tweet, but mainly the timing, and I’m intentionally not saying “Landsbaum’s” timing because the news cycle is what it is. There’s something distasteful about a mid-mourning call-out. There just is. I say this as someone who’s very much the converted when it comes to the bigger-picture points about feminism and objectification. But… Fisher had just died. Given that Martin and Fisher likely moved in similar circles, it’s not a huge stretch to imagine that he may have mourning as a friend, not just a fan, and was heartbroken over a friend’s untimely death. (A Maxim headline asserts this, as do a bunch of NYMag commenters; I do not move in those circles and can’t weigh in on this definitively. They have, at the very least, met.) And a ‘you’re mourning your friend wrong’ call-out, even a nuanced one, even one aimed at an A-list celeb’s public utterance, even one that could in another context merit discussion of subtle sexism, is not ideal.

But if we live in an era where a well-meaning celeb can’t slip up without Causing Controversy, we really live in one where a (female) opinion writer can’t have one measly not-ideal take on a low-stakes but time-sensitive topic (and opinion writers of all genders have been there) without being named enemy of the moment of the anti-‘PC’ crowd. Which is, of course, what happened next.

The story fit neatly into an existing conservative narrative: the War on Men, and more specifically, the War on Male Heterosexuality. What, can’t a red-blooded heterosexual man appreciate a woman’s beauty anymore, hmm?????

Martin deleted the tweet. And then, predictably enough, came the cries that the PC Police were at it again, censoring Saint Steve Martin, and fueling reactionary, uh, voting choices while they’re at it.

Comedian Patton Oswalt tweeted of that analysis came from Chez Pazienza, who faulted Landsbaum for picking on an innocuous-enough Steve Martin tweet, when there are sexist macroaggressions aplenty (fair); who blamed progressive hypersensitivity for Trump (fair-ish, if not a view I share), but who also referred to Landsbaum, if indirectly, as a “fucking idiot” for being put off by Martin’s tweet, which… no. Ugh.

Anti-“PC” is quite the multifaceted entity. There is, at least in theory, a difference between the pro-Trump variety and the sort that is about wanting the left to get its act together and focus on activism more productive than whether a celebrity committed a microaggression. In practice, however, it’s not always clear who’s who in these conversations, and at any rate, once the PC Police Are Coming cry has been sounded, the resulting backlash will amount to the same, regardless of whether the ‘and this is why Trump won’ is pleased or distraught.