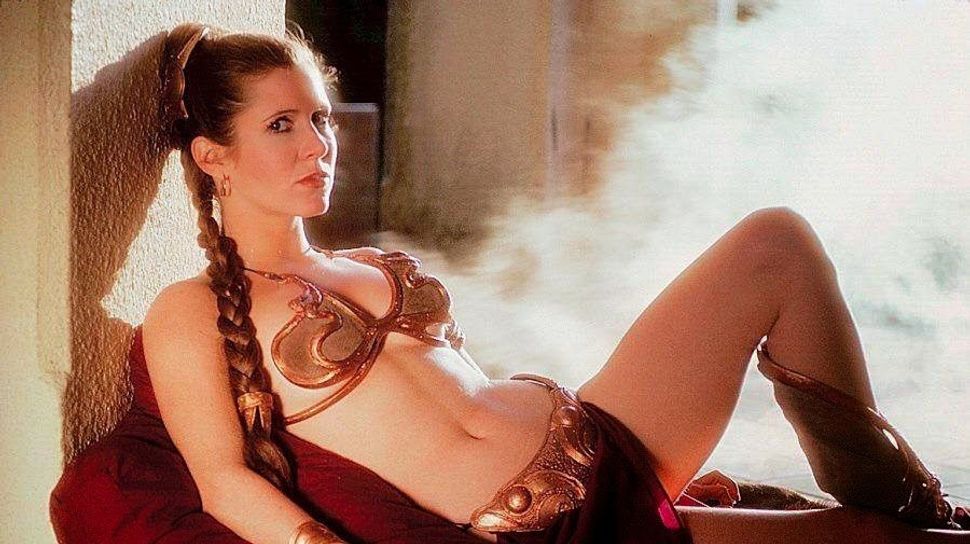 While most “Star Wars” fans are clamoring to get their hands on the newest franchise droid BB-8, deep-pocketed collectors will have a chance to buy original movie memorabilia such as Princess Leia’s iconic slave costume in an upcoming auction.

More than 50 lots of “Star Wars” props and items owned by those involved with the production of the films will be offered up for sale on Oct. 1 at Profiles in History, the auction house said Wednesday.

A gold metallic bikini worn by actress Carrie Fisher as Princess Leia enslaved by Jabba the Hutt in 1983’s “Return of the Jedi,” is estimated to fetch between $80,000 to $120,000 but could sell for far more.

The “Star Wars” sale, which also features cameras used to shoot the movies, scripts, posters and prototype Darth Vader helmets, is likely to whet the appetites of avid fans ahead of the December release of “The Force Awakens,” the seventh film installment.

Toys from the new film were released early this month and have already become hot collector’s items.

“It’s exceedingly difficult to find anything of this nature from the original trilogy,” Chanes said. “These are actually from production, that’s what created history and mythology of ‘Star Wars’ and that’s why it’s so important.”

Another expected top seller is a miniature blockade runner spaceship from 1977’s “A New Hope,” the ship carrying Princess Leia and droids C-3PO and R2-D2.

“People love filming miniatures because it illustrates the magic behind the films,” Chanes said. “It’s something that’s instantly recognizable and it happens to be the very first spaceship you see in the first ‘Star Wars’ movie.”

The intricate 16-inch model comes from the collection of late visual effects Oscar-winner Grant McCune, and is expected to fetch between $200,000 and $300,000.

A Rebel Fleet Trooper helmet from the first film, the only one to ever be sold at a public auction, is estimated to bring upwards of $150,000.

The “Star Wars” items will be part of Profiles in History’s Hollywood props auction from Sept. 29 to Oct. 1, featuring more than 1,900 lots from films such as “Back to the Future” and “Indiana Jones.”—Reuters