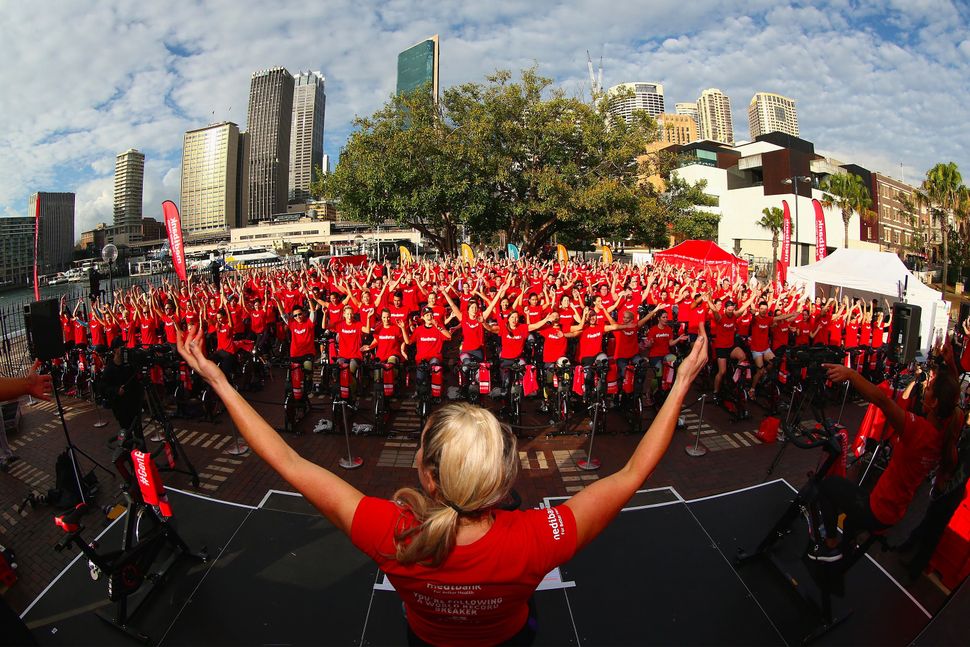 Spinning the way to further inequality? Image by Getty Images

-Lindy West has had it with Twitter trolls and, more to the point, with Twitter’s failure to crack down on trollishness as the phenomenon moved from the platform to, uh, the presidency.

–Exercise is exclusionary. Especially the kind that involves putting on high-end athleisure and using a stationary bike in a room with a bunch of other people who can afford the class and the look.

-There’s a new issue of Glamour magazine created solely by women. Is Lena Dunham on the cover? Yes, she is.

-Teen Vogue continues to impress, this time with a post that is geared at not instructing teen girls to starve themselves. Not something the mags had figured out in my day.

-A tragedy in Jerusalem has resulted from postpartum depression.